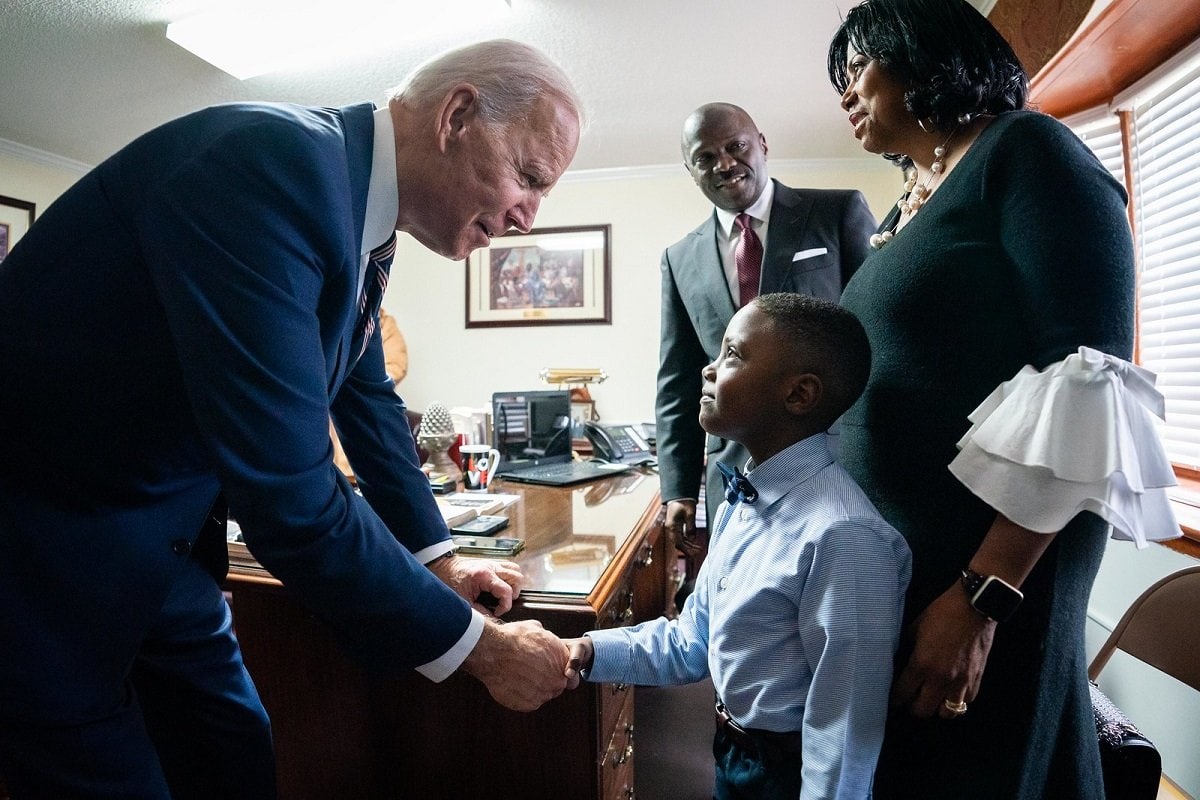 Following four years of President Donald Trump’s budget irresponsibility, Joe Biden’s bold economic plan would seem to confirm the notion that the U.S. road to fiscal ruin is being paved with good intentions. One has to pity our children and our grandchildren, whose economic future is being mortgaged by the current skyrocketing in the nation’s public debt.

President Trump put us well on the road to budget ruin by securing passage of the large 2017 corporate tax cut without at the same time cutting public spending to pay for that tax cut. He did so at a time that the economy was close to full employment and did not need a fiscal stimulus. He also did so on the spurious argument that the tax cut would promote faster economic growth and thereby pay for itself.

In the event, while Mr. Trump’s intention for lower corporate tax rates might have been good, the result was far from what he promised. According to the nonpartisan Congressional Budget Office, the Trump tax cut resulted in a widening of our budget deficit to 5 percent of GDP at a time that our economy was cyclically very strong. It also was estimated to add US$1.5 trillion to our public debt over the next ten years.

Not to be outdone by Mr. Trump’s fiscal policy irresponsibility, Mr. Biden is now proposing additional public spending increases totaling US$1.9 trillion or a staggering 8.6 percent of GDP. He is doing so with the good intention of providing much need relief to households experiencing real economic hardship, to cash-strapped state and local governments, and to finance the country’s Covid-19 battle. However, he is doing so without proposing any tax increases to pay for at least part of his public spending extravaganza.

The Biden stimulus package is truly epic in size. It would be more than twice the size of the 2009 Obama budget stimulus and would come on top of the more than US$3 trillion in Covid-19 budget stimulus measures enacted last year. It would also be coming at a time that the U.S. registered a record budget deficit last year, which raised our public debt to GDP ratio to over 100 percent. That ratio was higher than that which prevailed after the Second World War.

Mr. Biden is justifying his spending proposal on the grounds that all too many people are in economic distress and that fighting the health crisis will need a lot more money. He is also making the argument that interest rates are at currently very low levels and that low-interest rates should allow the country to bear a larger public debt burden without damaging economic side effects.

A key flaw in Mr. Biden’s economic reasoning is the assumption that interest rates will stay low forever. However, this is far from certain with his massive public spending proposal. Indeed, there has to be the risk that the economy might overheat once most of the U.S. population is vaccinated, and once the economy springs back to life. That in turn might force the Federal Reserve to raise interest rates to keep inflation in check. It seems that this is what the markets are now expecting as reflected in rising long-term U.S. bond yields and rising inflationary expectations.

Mr. Biden is also choosing to overlook the very real risk that higher interest rates could burst the world’s everything equity and credit market bubbles that have been created by years of ultra-easy monetary policy. That in turn risks triggering yet another U.S. and world economic and financial market crisis. One would have thought that Mr. Biden would have been more sensitive to that risk having assumed the Vice-Presidency in January 2009 in the immediate aftermath of the bursting of the U.S. housing and credit market bubble with all of its damaging economic consequences.

One must hope that Congress will substantially prune back Mr. Biden’s public spending proposal to a size that the country can afford. However, with the Democrats now in control of both houses of Congress and with no real constituency for budget responsibility, I would not propose holding one’s breath for that to happen.