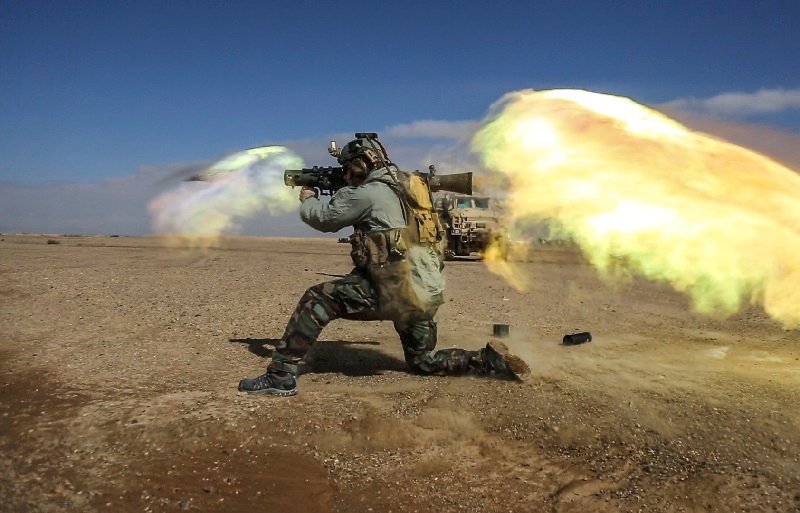 A few weeks ago in this space, I slammed Robert Kagan’s Foreign Affairs article, A Super Power Like it or not: Why Americans must Accept their Global Role. I argued that the record of American intervention was at best mixed. For every Qasem Soleimani assassination, there’s a Beirut Bombing, for every Desert Storm, there’s a Desert-One. Our Afghanistan intervention will celebrate its 20th anniversary this autumn. Congratulations. With America facing numerous problems at home from the Pandemic to debt to the opioid epidemic I argued that American resources could better be used here than over there.

In truth, I once agreed with Kagan about American interventionism.

That’s right, twenty years ago I was an interventionist, a Neoconservative.

The term Neoconservative or Neocon has meant different things at different times. Now it is synonymous with George W. Bush and the Iraq War, but back in the 1990s, Neocons were very interested in post-Reagan domestic policy ideas. After September 11th, it seemed obvious to me that the Middle East could not go on as it was. Once the United States took care of Afghanistan, Iraq was the next logical step, I thought bellicosely. I agreed with John McCain (for whom I voted in the 2000 GOP primary and again in 2008) when he said, ‘we will be welcomed as liberators.’

Anyway, I even admitted the U.S. won the Iraq War, whether it was worth it or not. The war is an interesting bit of counterinsurgency history now. In June of 2006, American special forces killed Abu Musab al-Zarqawi. The Sunnis switched sides in late 2006 and drove al-Qaida out of Anbar. America ‘surged’ troops to Baghdad and the surrounding provinces (an idea proposed by Kagan’s brother, Frederick) and, in March of 2008, the Shia government took on Iranian backed Shia leader Moqtada al-Sadr in Operation Knight’s Charge. But, unlike Kagan, I came through the Iraq War not wanting to put America, or any other nation through that kind of war again. To put it another way, oops.

I would like now to invite readers to watch the first minute or so of this clip of Robert Kagan lecturing in 2018 about trans-Atlantic relations. Behold as Kagan strides into the room. He points, nods, and smirks at someone off-camera. Is anyone else bothered by the sheer self-confidence of the man who supported the Iraq War and believes American troops should remain in Afghanistan, both at ‘relatively low cost’?

Watching Kagan speak in this small room of well-appointed attendees, one wonders, who are these people? The above clip was filmed at the 2018 Brussels Forum which bills itself as “the preeminent platform for global leaders, policymakers, and experts across sectors to shape the transatlantic agenda and debate the most pressing global challenges.” Of course. But the Brussels Forum is not a stand-alone organization, no. The Brussels Forum is a project of something called The German Marshall Fund of the United States which is itself “a non-partisan policy organization committed to the idea that the United States and Europe are stronger together.” Those in the know call the German Marshall Fund the GMF for short.

The GMF maintains offices in Ankara, Belgrade, Berlin, Brussels, Bucharest, Paris, Warsaw, and Washington DC. No London office? If you are going to do the Atlanticist thing, don’t you need an office in London? And if opening an office in Warsaw is not spiking the Post-Cold War football in Moscow’s face, I do not know what is.  Does the GMF have an office in Belgrade to keep an eye out for Serb intransigents? Afterall the Serbs made NATO and the UN look bad in the 1990s by responding to their demands for a ceasefire thusly, ‘What are you going to do about it?’ and then laughing as they threw NATO troops out of Srebrenica. Overall, GMF offices occupy some pretty expensive real estate.

Not to worry, though.  The GMF boasts an impressive list of donors which one can see on the GMF’s Our Partners page. These include governments, corporations, private contributors, and for the conspiratorially minded George Soros’ Open Society Foundations among other foreign policy organizations.

Those offices are staffed by “experts”, scholars and thinkers, fellows, visiting fellows, and non-resident fellows. Plenty of somber-looking greybeards work at the GMF but there are lots of impressively credentialed diverse young people, some with names hyphenated in a cosmopolitan manner, eager to make their mark in the field of transatlantic relations. This former community college adjunct admits to looking on with envy. These are the internationalists who will one day replace Donald Kagan and one day they can be as lacking in self-awareness as he.

William Stroock has been a history teacher and an adjunct professor of history. He wrote Pershing in Command: A Study of the American Expeditionary Force, Israel at War and Her Enemies, and over a dozen novels including the World War 1990: Series and The Austrian Painter: What if Germany Won the Great War?
In this article:History, Iraq, Iraq War, Military, Neocon, Neoconservatism, Robert Kagan