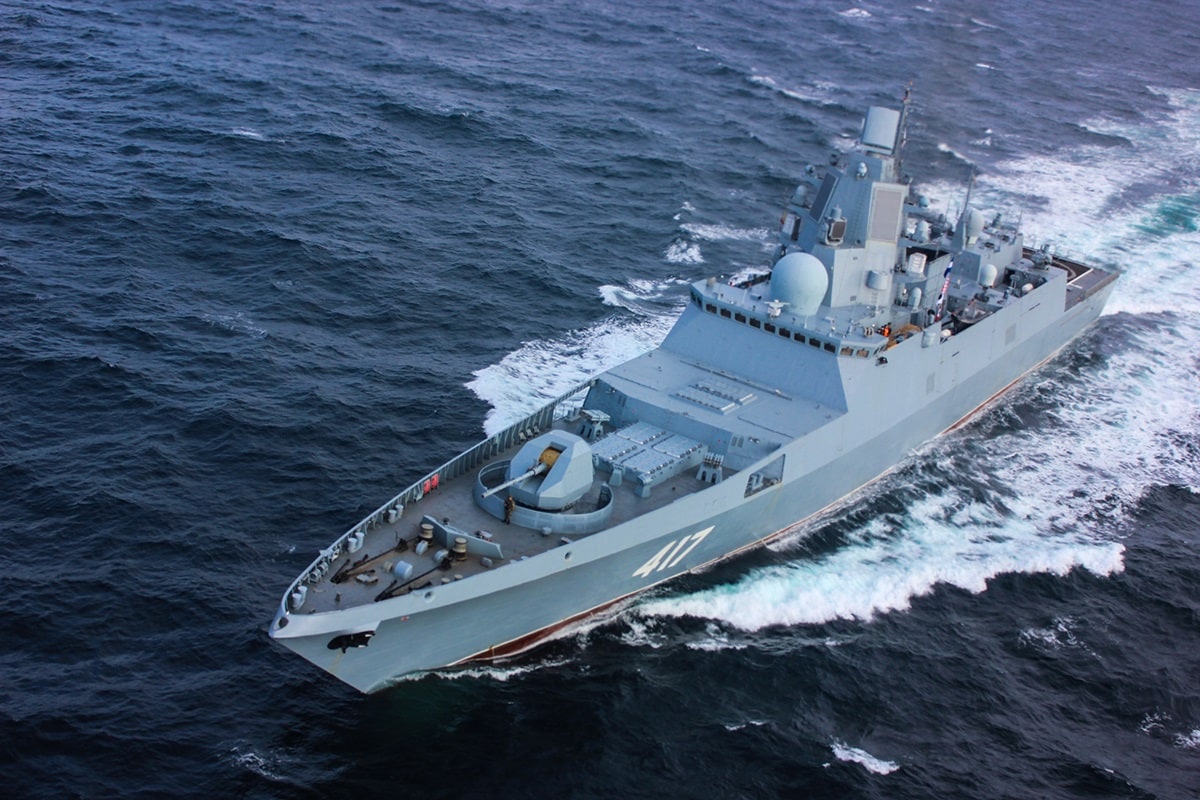 Even as the Russian Navy hopes to see the nuclear-powered missile cruiser (battlecruiser) Admiral Nakhimov returned to service in the coming years, large warships won’t be the norm. Rather Russia is looking towards smaller, but more powerfully armed frigates to become the mainstay of its surface force.

The new Project 22350 guided missile frigates will be the vanguard against potential threats, both in near-shore defense of the motherland and in distant waters. The first of the warships are now under construction at the Severnoye Shipyard in Saint Petersburg, Russia.

“Project 22350 frigates are set to become the backbone of the Russian Navy’s surface groupings soon. Work on six warships of this series is currently underway,” Andrei Dyachkov, CEO of the Severnoye Design Bureau, which is part of the United Shipbuilding Corporation, told Tass on Thursday.

Dyachkov added that the new class of frigates being built under Project 22350 will be distinguished by their armament, which will substantially boost the potential of each of the individual warship as well as the naval groups they will be part of.

The multi-purpose combat ships are capable of fighting enemy surface vessels, aircraft, and submarines and can be used to deliver strikes against ground and coastal installations to a range of more than 1,500 km.

Unlike past Russian warships, which have been slow to arrive, the Project 22350 frigates are reportedly being serial-produced today. Russia has ordered ten of the frigates, which also incorporate the use of stealth technology.

Each of the serially-produced vessels will operate with a completely domestic main propulsion unit, which will set them apart from lead vessel of the class, Admiral of the Fleet of the Soviet Union Gorshkov, which entered service in the summer of 2018.

Admiral Gorshkov has already been notable for making a round-the-world voyage in 2019, which was recognized as a major achievement and was even entered into the Record Book of the Russian Armed Forces.

“Such operations had not been carried out since the break-up of the Soviet Union,” Dyachkov added. “During its voyage, the warship proved its excellent running properties and reliability and its proper integrated engineering solutions.”

More recently Admiral Gorshkov has been used in a number of recent tests involving Russia’s Tsirkon hypersonic cruise missile. Last fall, the Project 22350 lead frigate carried out multiple tests of the missile in the White Sea against complex target positions in the Barents Sea. One of the tests was even held on Russian Federation President Vladimir Putin’s birthday in October.

Putin has been a strong proponent of the Tsirkon and has pledged to have the platform operated from the new class of Project 22350 frigates in the coming years.