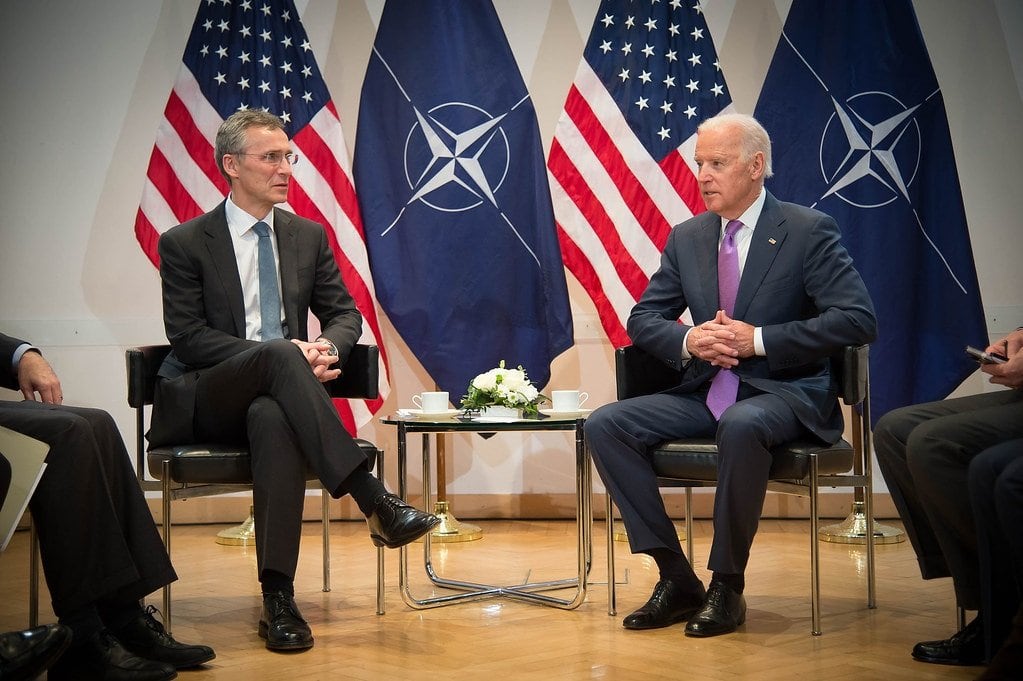 The liberal international order envisioned by the victorious Western allies in 1945 is long dead.

Indeed, it failed to survive even a half-decade beyond the war’s end, holed beneath the waterline by the outbreak of the Cold War. And while the vision of a truly liberal world order enjoyed a brief revival in the aftermath of that “long twilight struggle,” with the rise of China, the resurgence of Russia and the emergence of new non-liberal powers it has been decisively consigned to the dustbin of history.

But while the original project foundered on the shoals of Soviet-American rivalry, a rump liberal order did emerge after the second world war in the form of a set of norms, rules, and institutions that created a space within which the world’s democracies could flourish. It was far from perfect – and it certainly had its dark side – but it was worth preserving. And it remains worth preserving today.

Now, however, even that vestigial liberal order is under threat – as are the democratic nations at its core. Around the world, democracies are falling prey to illiberalism and populism while a powerful and newly assertive China, assisted by a declining but truculent Russia, seeks to challenge the legitimacy of the existing order and the liberal-democratic ideas and institutions that give form, substance and meaning to it.

The question then becomes: assuming that this world order – and the democratic space at its core – is worth preserving, what sort of institutional steering mechanism or watchdog will be required to both manage and uphold it?

It makes some sense to approach this question by first eliminating the impossible – that is, by eliminating those potential mechanisms that are either ill-suited to the times or simply beyond the realm of possibility.

The first contender is a reformed United Nations Security Council. While perhaps an achievable goal, reforming that body would not suffice. The Security Council is prone to veto-induced paralysis. As a result, even expanding the number of permanent members to adapt it to today’s distribution of power – possibly including India and Japan – would not make it more capable. Indeed, an expanded membership would likely make the body even more unwieldy and less effective than it already is.

Alternatively, some have suggested a revived pax Americana, a new pax Sinica or perhaps even some sort of Sino-American condominium arrangement as possible steering mechanisms. But America’s unipolar moment has long passed, China is neither able nor inclined to provide the necessary public goods, and the prospect of a Sino-American condominium is appealing to no one – not even the proposed principals.

Finally, the idea of an inclusive “global concert” based on the example of the 19th century Concert of Europe has been floated. Such an arrangement would include all the world’s great powers – including Indo-Pacific powers like China, India and Japan – and, like the 19th century Concert, would act collaboratively to manage crises and resolve disputes. While a seductive proposal, a Concert 2.0 is unlikely to work. For one thing, as the European experience in the 19th century actually teaches, concert arrangements are typically short-lived – and when they fall apart, they lead not only to marginal conflicts like the Crimean War, but systemic ones like the First World War. For another, the history of the U.N. Security Council – which was initially designed to be a Concert-like institution – suggests that where core interests and geopolitical visions are simply incompatible, concert-like arrangements are prone to polarization and paralysis.

What does that leave? What improbable contender remains after all the impossible ones have been eliminated?

Well, the only remaining option would seem to be some form of pax Democratica – institutional “watchdog” that would both uphold the actually existing thin rules-based order and defend the democratic space that is at the center of that order. Such an institutional watchdog would necessarily include the members of existing G7, the leading industrialized democracies of the North Atlantic region. But it would also have to include the major democratic powers in the Indo-Pacific region as well – specifically, India, Japan and South Korea.

A pax Democratica would not be a collective security arrangement. The leading democracies would not be charged with imposing global peace. Nor, at the other extreme, would it merely be a talking shop or the secretariat for an annual fly-in, fly-out summit arrangement like the existing G7, or even the D10 recently advocated by British prime minister Boris Johnson. And it certainly wouldn’t be a mechanism for imposing Western-style liberalism on every country in the world.

Rather, this institutional watchdog would simply be an organization of leading democracies cooperatively working to thwart any major threats to their respective homelands; to prevent the emergence of a hostile hegemon in Europe, Northeast Asia, or the Middle East; to deny any non-democratic state the ability to command the global commons of the sea, space, and air; and otherwise to uphold the thin liberal order that links the economies of the world’s democracies and non-democracies. Essentially, it would be an institution designed to secure a space within which all the world’s democracies could flourish. To this end, it would have to have the capacity to restrict the engagement of non-democratic states in economic sectors vital to their national security, resist those non-democratic states’ efforts at economic coercion, counter their influence operations, and hold them accountable for violations of international law.

While not a military alliance like NATO, such an institution would need to have a military dimension. It would have to be able to “coordinate the enforcement of norms, such as freedom of navigation, sovereignty, and territorial integrity.” It would also have to be able to facilitate collective defense against both military and non-military acts of aggression – including cyberattacks and other “gray zone” tactics. This might take the form of coordinating the activities of already existing or evolving arrangements like the Quad, or the Five Powers Defence Arrangements (FPDA), to take but two region-specific examples. Whatever the form, its objective would not be to dominate the globe or impose a particular form of order. Rather, its more restrained purpose would be to maintain a global balance of power favorable to the world’s democracies.

To be sure, in addition to defending the democracies and the international democratic space from those who would threaten it, the institutional arm of any pax Democratica would also provide the public goods necessary for the current thin liberal order to work. And, in principle at least, there would be nothing to bar it from taking up other issues of common or global significance – climate change, for example, or global public health. But those would be optional extras – the base model would be a stripped-down vehicle for securing a space within which the democracies of the world could flourish.

The creation of such an organization might seem improbable at the moment. But as the need to protect the world’s democracies from their illiberal and undemocratic challengers grows, so will the pressure to do take whatever steps may be necessary to secure the democratic space. The only question is, will the leaders of those democracies be able to put aside the habits of the past three decades – and the habits of liberal internationalism in particular – and take those steps.