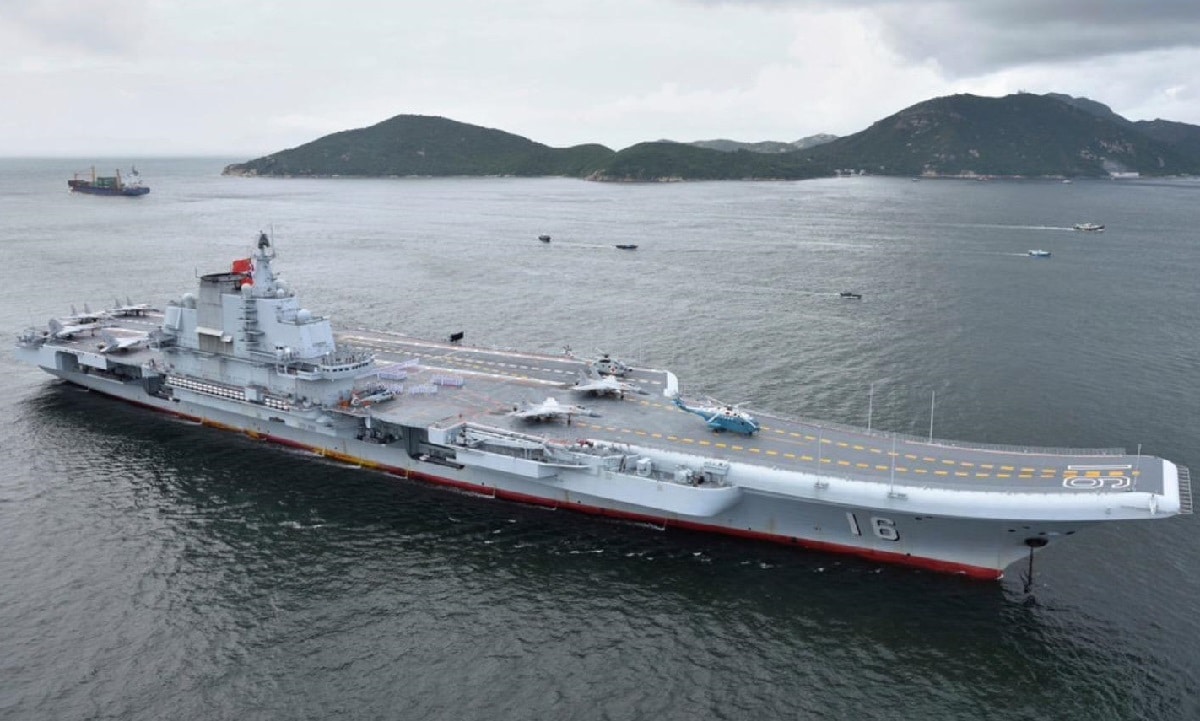 Earlier this month General Stephen Townsend, commander of the U.S. Africa Command, told the Associated Press that China covets a major naval base in the Atlantic Ocean, presumably along the African west coast. (Portugal’s Azore Islands also come up from time to time as a potential Atlantic hub for Chinese vessels.) Chinese leaders are “looking for a place where they can rearm and repair warships,” opined Townsend. “That becomes militarily useful in conflict.” Now that the People’s Liberation Army has ensconced itself at Djibouti, in the western Indian Ocean, Xi Jinping & Co. are “casting their gaze to the Atlantic coast and wanting to get such a base there.”

Seldom does Xi confide in me, but two candidate explanations stand out. One, Chinese sea power is going global. Chinese Communist magnates are true believers in the logic of maritime strategy and sea power as explicated, most notably, by Captain Alfred Thayer Mahan over a century ago. For America’s sea-power evangelist, commercial access to important trading regions is at once the purpose and the engine of maritime strategy. It helps a seafaring society make itself wealthy and in turn helps fund a naval protector for the supply chain. Seapower—the implement used to execute maritime strategy—is a product of commerce, naval and merchant shipping, and overseas bases. Merchantmen need seaport access to unload freight to help satisfy the wants and needs of foreign customers. Ships of war need it for repairs, stores, and logistical support of all types.

In other words, commercial, diplomatic, and military access reigns supreme for navalists. It’s natural for a Mahanian China to seek out bases in regions where Chinese firms hope to do business. Hence the PLA Navy’s quest for access in the South Atlantic.

And two, geopolitics and geostrategy. Beijing rankles at the way the United States kept its alliance system in place in the Western Pacific after the Cold War, the ostensible reason for founding and maintaining that system. Chinese strategists may believe paybacks are hell. In effect they can open a new theater in the long-term strategic competition vis-à-vis the United States by emplacing a naval squadron in the New World. (Expect China to expand its search for basing rights into the Caribbean Sea to really rub it in. Venezuela or Cuba, anyone?) Beijing can hope to distract Washington from the Western Pacific by mounting a standing presence in the Atlantic. It might even siphon U.S. forces from the Indo-Pacific theater back to the Atlantic—thinning out the U.S. presence in China’s backyard and making it easier for China to get its way in the East China Sea, Taiwan Strait, and South China Sea.

That’s a lot of strategic bang for the buck. What’s not to like if you’re Xi?

Mahan might also provide us a glimpse of which African harbors Beijing might favor. He sets forth four parameters for judging a potential naval base’s worth: position, strength, resources, and politics. Position is geographic position. Is a seaport close to something naval commanders want to influence or control, whether it’s an important sea route, a strait or other narrow passageway, or a hostile base? Strength is defensibility. Does a port have formidable natural defenses against attack, or can its defenses be improved through passive measures such as modifying its topography or active measures such as emplacing defensive weaponry? Resources mean the ability of the port city and surrounding country to supply what a fleet needs, from food and R&R to fuel and ordnance. Politics means host-nation politics. A country afflicted by revolution or lesser forms of instability might cancel out an otherwise promising harbor’s strategic value—making the site a wasting asset.

Apply this yardstick to West African ports and you can get a rough way to evaluate China’s likely priorities and choices. Forewarned is forearmed.

China’s harbor quest is not all about the United States, by the way. South Atlantic nations get a say in their destiny, as do all nations. Brazil, to name one, regards itself as a benevolent South Atlantic hegemon, and there’s justice to that self-image. Brasilia chiefly looks eastward toward Africa. Its navy works with European and American navies to help African states quash brigandage in the Gulf of Guinea. Brazilian magnates also espy vital economic interests in waters adjoining their seacoasts. Economic development is Job 1 for any developing nation. Officialdom dubs the rich offshore waters and seabed that constitute Brazil’s exclusive economic zone the “Blue Amazon,” home to hydrocarbon deposits, fish, and all manner of natural resources. Policing this marine preserve against lawbreakers such as poachers and pirates figures prominently in Brasilia’s naval calculus.

In other words, constabulary challenges beckon Brazilians’ attention seaward. The presence of an oceangoing Asian navy in their backyard would superimpose a military dimension on their maritime strategy. And, in all likelihood, spur change to Brazilian Navy operations and fleet design. Over time the Marinha do Brasil might come to resemble a traditional combat force more than a superempowered coast guard.

If General Townsend’s forecast is correct, the Western Hemisphere is about to become contested territory for the first time in many decades. It’s high time for American societies to think ahead—and relearn habits of hemispheric defense.