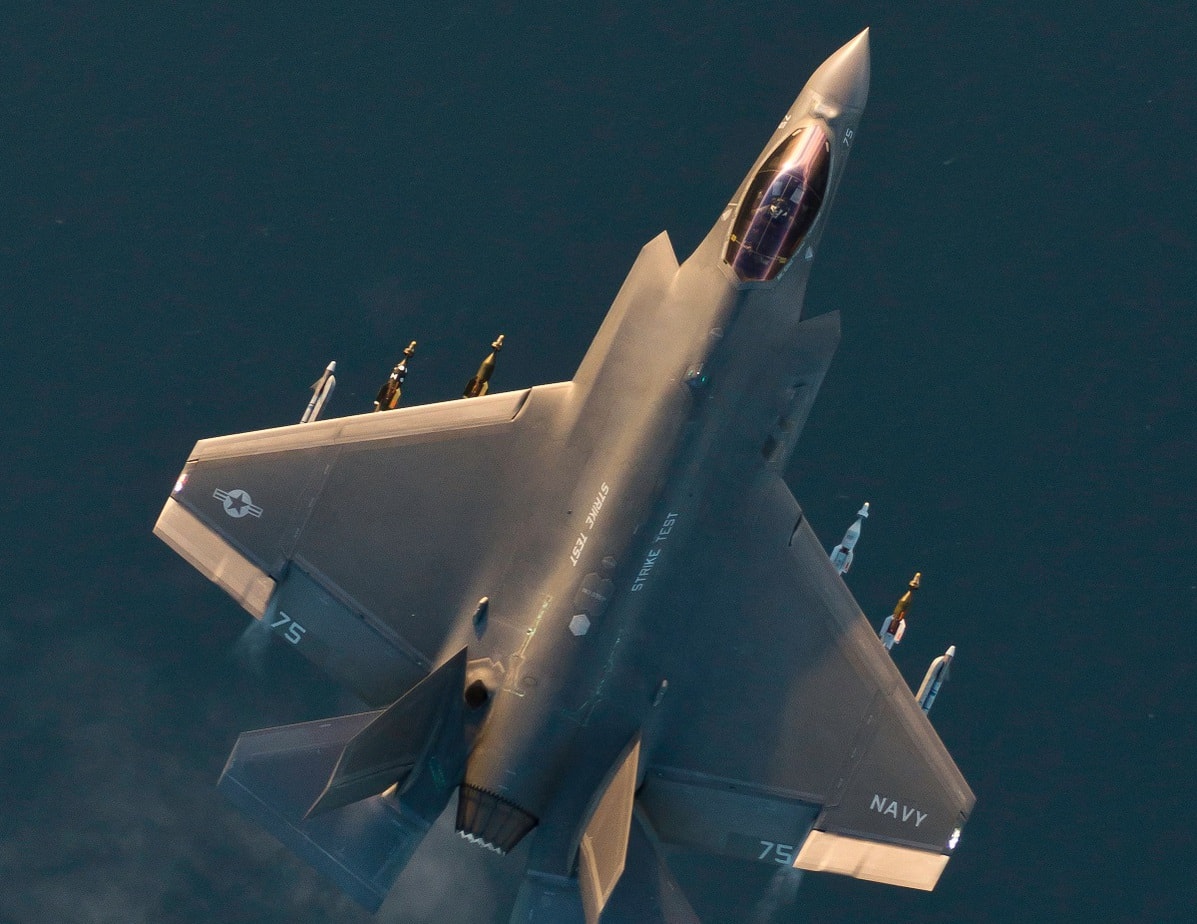 The warships were drilling near Hawaii in preparation for an upcoming deployment later this summer, and that will include the first time that the U.S. Navy will operate with the Lockheed Martin F-35C Lighting II.

“In August 2020, Vinson completed a 17-month maintenance availability to receive major upgrades in order to support fifth-generation aircraft, making Vinson the first aircraft carrier equipped to support both the F-35C Lightning II and CMV-22B Osprey,” the U.S. 3rd Fleet said in a news release. “Upgrades include enhanced jet blast deflectors able to take the increased heat generated by the F-35C and the addition of the Autonomic Logistics Information System, which is the new computer network that supports the unique maintenance and tactical operations functions of the advanced aircraft.”

The U.S. drills were positioned 200 miles to the east of Hawaii, and reportedly was moved closer to the Aloha State in response to a Russian Navy exercise that was conducted about 500 miles west of the Pacific Islands.

“Training in the HIOA is an exciting opportunity to integrate with the other services in order to promote peace and maintain a free and open Indo-Pacific,” said Rear Adm. Dan Martin, commander, CSG-1. “We look forward to enhancing partnerships within the joint force as well as strengthening relationships with our allies and partners in the region.”

“Our strike group is prepared to carry out the full spectrum of missions, from humanitarian relief to combat operations,” said Martin. “When a carrier strike group gets underway, we have to be ready for any contingency.”

USS Vinson‘s training near Hawaii comes ahead of the Nimitz-class carrier’s expected deployment to the Indo-Pacific, as the Navy’s only forward-deployed carrier, USS Ronald Reagan (CVN 76), will make a rare deployment to the Middle East to support the U.S. withdrawal from Afghanistan. “The Gipper” will relieve USS Eisenhower (CVN 69), which is currently out for its second deployment within a year and has been operating in U.S. Central Command since April.

“Operating in Hawaii provides unique opportunities for Vinson to train jointly while positioned to respond if called,” said Vice Adm. Steve Koehler, commander, U.S. Third Fleet. “They train to a variety of missions, from long-range strikes to anti-submarine warfare, and can move anywhere on the globe on short notice.”