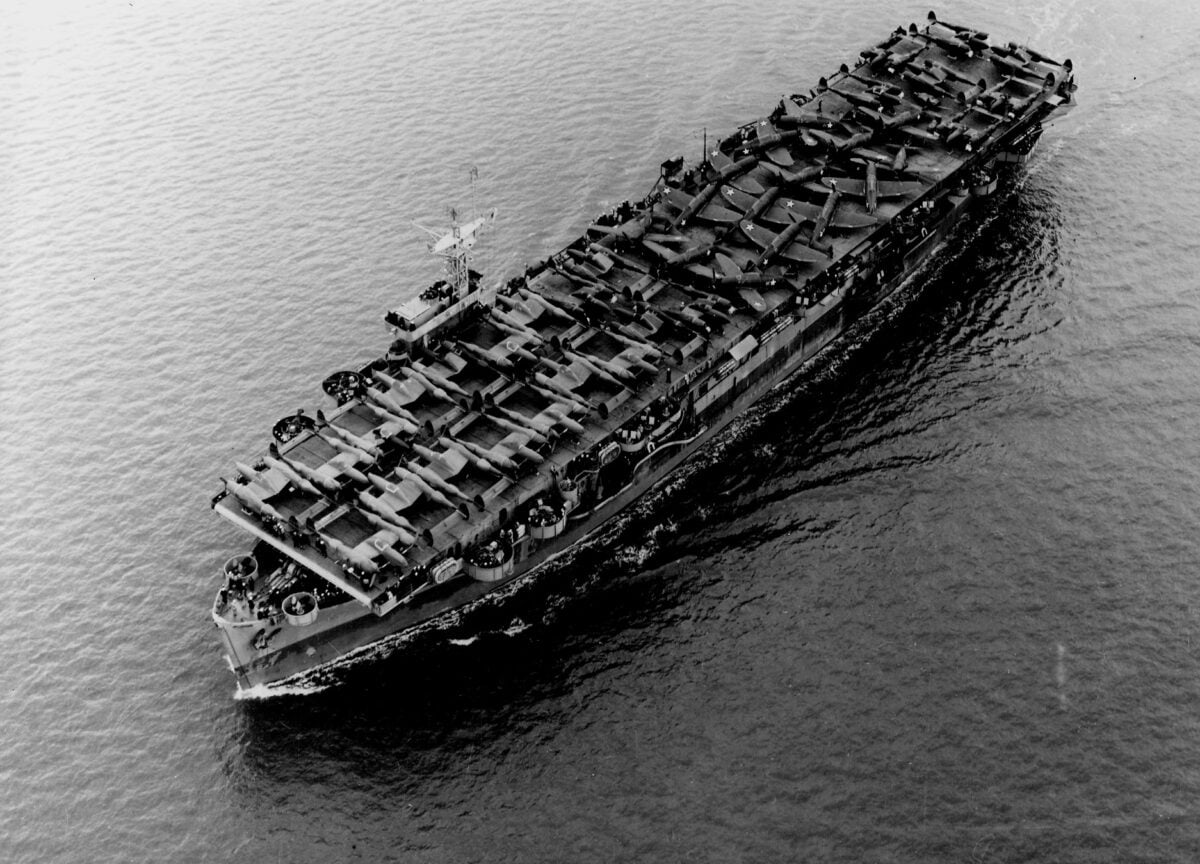 While smaller and slower than the “fleet” aircraft carriers employed by the United States Navy during World War II, the escort carrier – also known as “jeep carrier” or “baby flattop” – still proved highly vital to the war effort. At just half the length and a third the displacement of the larger fleet carriers, the escort carriers were built on commercial ship hulls, making them cheaper and easier to build.

However, the carriers were too slow to keep up with the main force that consisted of fleet carriers, cruisers, or even battleships. And yet, the small escorts served well in protecting convoys while they could provide air support during an amphibious landing. The escort carriers also served as transports and were able to ferry aircraft to all of the military services.

The origins of this new class of warship date back just prior to America’s entry into World War II. In a December 1940 letter to the Chief of Naval Operations, Rear Admiral William F. “Bull” Halsey, Jr., the U.S. Fleet’s commander of the Aircraft, Battle Force, expressed concern the U.S. Navy’s six carriers would be inadequate against both Germany and Japan. Halsey warned that more ships would be needed, and the result was the small CVE, the Navy’s eventual designation for the Escort Aircraft Carrier.

It was a compromise in design, built using a modified merchant ship hull that was lightly armed and armored, was slow, and had limited carrying capacity – only twenty-four to thirty-six planes could be carried compared to the nearly ninety of a fleet carrier.

A Lot of Small Carriers

While overshadowed by the larger warships, of the 151 aircraft carriers built during the Second World War, 122 were actually escort carriers.

Fifty of those were of the Casablanca-class, and it ended up being the most numerous class of aircraft carriers ever built. They were also built quickly, and all fifty were laid down, launched and commissioned within the space of less than two years by the Kaiser Shipbuilding Company’s Vancouver Yard on the Columbia River in Vancouver, Washington. The 156-meter long Casablanca escorts displaced only 7,800-tons—or nearly 11,000 tons fully loaded with 910 crew, twenty-eight aircraft, ammunition and nearly 120,000 gallons of aviation fuel.

Five Casablanca-class escort carriers were assigned to Atlantic patrols, where escort carriers proved one of several innovations that ultimately defeated the Kriegsmarine’s U-Boats. Initially deployed to protect convoys and ferry land-based aircraft, they eventually led five out of eleven roving “Hunter-Killer groups” that helped chased down U-Boats, sinking fifty-three by the end of the war. 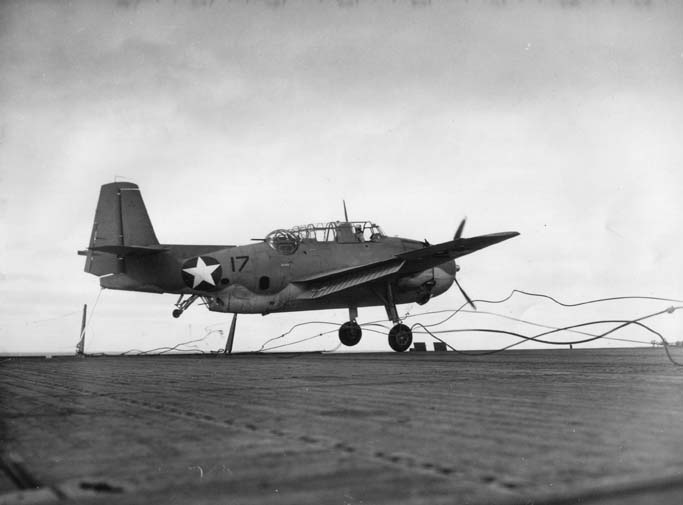 Landing of a US Navy Grumman TBF-1 Avenger on the escort carrier Card on 9 December 1942.

Of the thirteen U.S. aircraft carriers of all types lost during World War II, seven were escort carriers, six of which were of the Kaiser-built Casablanca-class.

An additional forty-five Bogue­-class CVEs were built for service with the U.S. Navy as well as the British Royal Navy through the Lend-Lease program. All of the ships that served with the U.S. Navy and half of the ships for the Royal Navy were built by the Seattle-Tacoma Shipbuilding Corporation, while a few of the early Royal Navy ships were produced by Ingalls Shipbuilding of Pascagoula, Mississippi, and Western Pipe and Steel Company of San Francisco, California. Following the war, ten of the baby flattops were kept in service for helicopter and air transport operations. 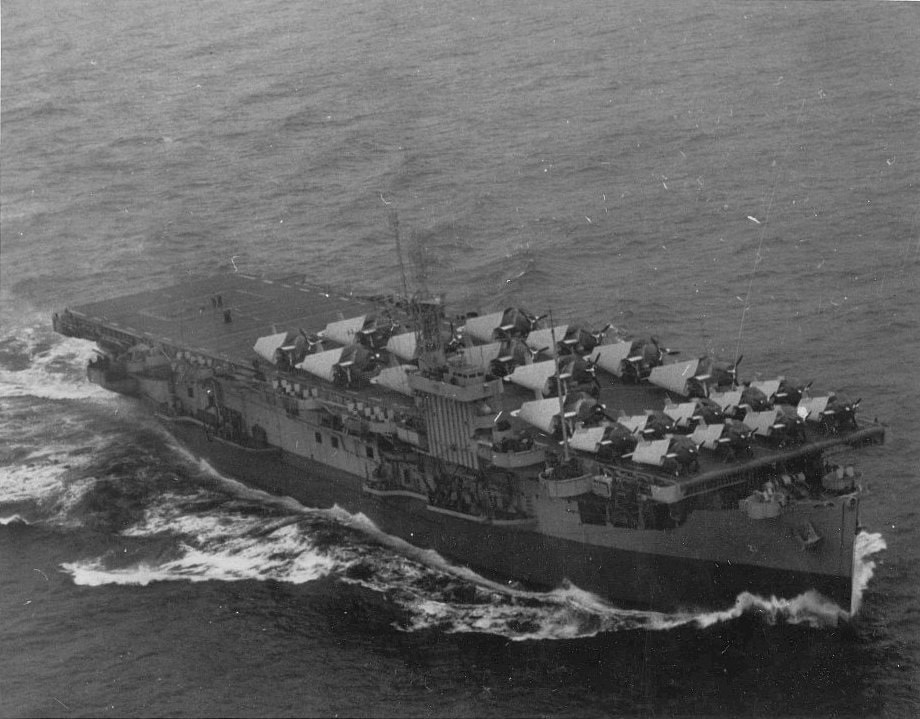 The final class of CVEs to be built was the Commencement Bay-class, which was based on the T3 Tanker Hull but actually constructed as small carriers from the keel up. Thirty-five were ordered, and just nineteen were produced while most of those saw little to no operational service. However, after the war the potential for use a helicopter and auxiliary transports was seen and a few of the Commencement Bay-class escort carriers were called back into service during the Korean War.

A few CVEs from the various classes were also pressed back into service during the first years of Vietnam War, where these warships were redesignated AKV (air transport auxiliary).

One of the final – but not the last – Casablanca-class escort carriers to be built was the USS Thetis Bay, which began as CVE-90. She was converted in the mid-1950s to become the Navy’s first assault helicopter carrier, and her designation was changed to CVHA-1, while a few years later she underwent another refit, which extensively modified the warship including having the aft flight deck cut way. Her designation was changed again to LPH-6, an amphibious assault ship in May 1959. She remained in service for another five years and was the final CVE to be scrapped.

Despite the important role that these baby flattops played in World War II, sadly not a single one of the 122 Allied CVEs survives today.