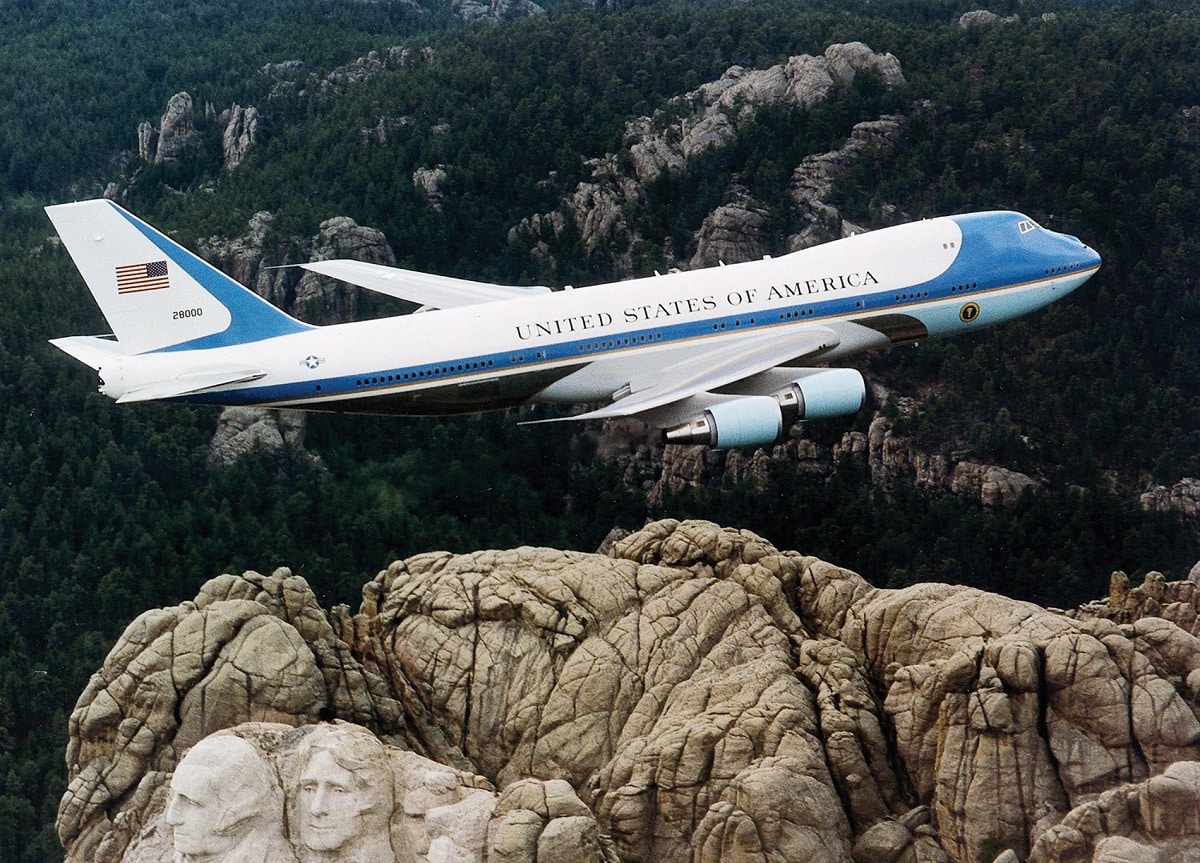 Air Force One of the President of the United States of America, flying over Mount Rushmore.

As Covid-19 restrictions are being eased and people are beginning to travel more, the cost of airline tickets is expected to increase and even surpass pre-pandemic levels. It isn’t just the average Joe that will pay more to fly – taxpayers may have to foot the bill as President Joe Biden’s plane could also cost more.

Boeing received a $3.9-billion contract in July 2018 to build two 747-8 aircraft that will be used as “Air Force One” – at least when Biden or any future president is on board – and delivery was set for December 2024. However, this week the aviation giant has told the United States Air Force, which will operate and maintain the pair of jets that the price could go up.

And in airline fashion, Boeing also warned that delays should be expected.

The company cited difficulties from Covid-19, which seriously impacted the entire aerospace industry’s supply chain for much of last year, as well as “difficulties” with a subcontractor. The “bottom line” from Boeing was the Air Force should expect a larger bottom-line cost and probably needs an extra year to make the delivery.

“We will assess all of that,” said Darlene Costello, principal deputy assistant secretary of acquisition, technology, and logistics for the Air Force on Tuesday at a House Armed Services seapower and projection forces subcommittee hearing.

Boeing sent the Air Force a letter, which could begin the process to negotiate a price adjustment and that follows a record $318-million pre-tax charge related to the program after the company’s dispute with a supplier.

A Boeing spokesperson told Reuters, “We continue to make steady progress on these programs and are working closely with the U.S. Air Force.”

White House in the Sky

The aircraft, which will be used by the president and staff, were being modified under a Pentagon contract that was signed during former President Donald Trump’s administration. The Chicago-based Boeing was hired by the United States Air Force in 2018 to build two 747-8 aircraft to replace the current models that are routinely used to carry the president of the United States (POTUS). The two current 747s have been used to carry Presidents George H. W. Bush, William J. Clinton, George W. Bush, Barack H. Obama, Donald J. Trump, and Joseph R. Biden.

The new aircraft are being modified to be an airborne White House, and much like the currently used models will allow the president to do the job while in the air, including in worst-case security scenarios including a nuclear war. While many of the aspects of the aircraft are classified, it is known that the planes are modified with military avionics and advanced communications as well as a self-defense system.

The Air Force had announced that it would save money after former President Trump had struck a deal with Boeing whereby two already built 747 jumbo jets would be purchased and then converted to serve as Air Force One. The aircraft had been built for a now-defunct Russian airline. The modifications would include dual auxiliary power units, work and rest quarters for the first family and even elevators to ease boarding. Per the terms of the deal, Boeing – not U.S. taxpayers – were to pay for any cost overruns.