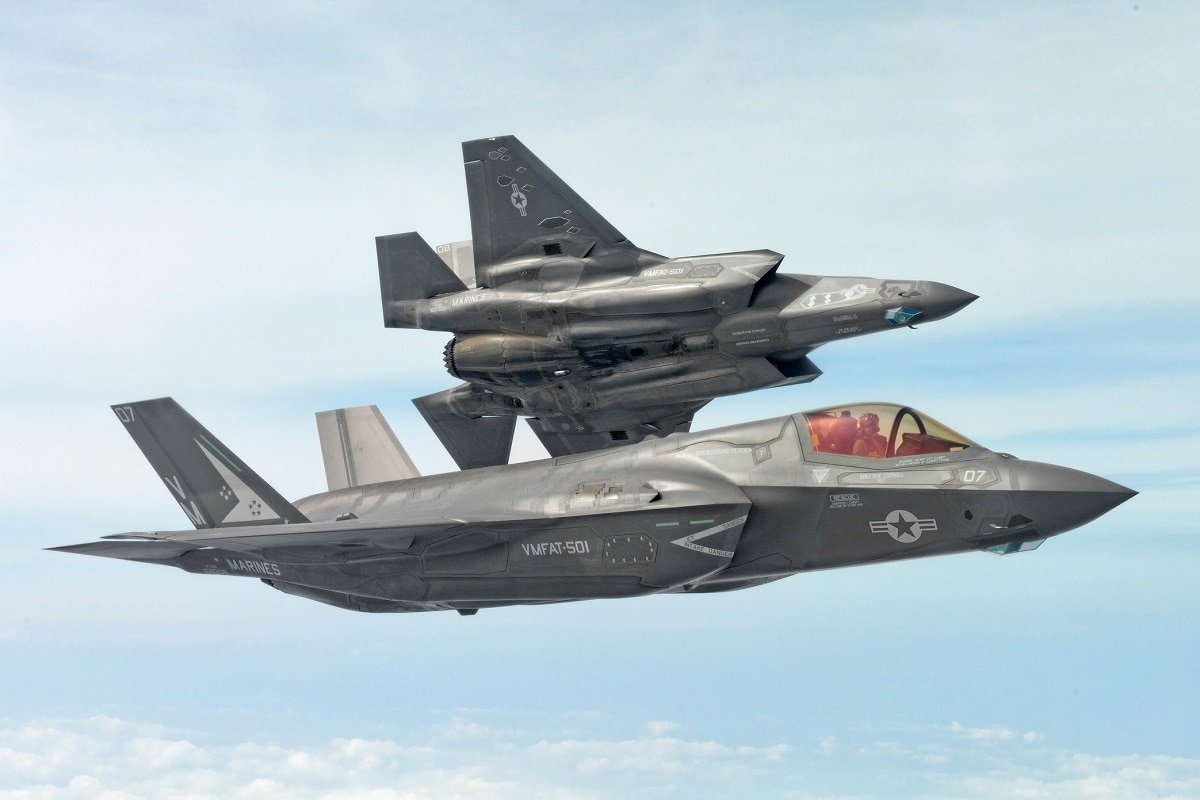 According to a statement from the Israeli Defense Force (IDF), the drills were designed to “strengthen strategic-regional cooperation as well as cooperation with the international F-35 community.”

The USMC and RAF have been equipped with the F-35B, the short/vertical takeoff and landing (S/VTOL) variant of the Joint Strike Fighter; while the IAF has employed the F-35I “Adir,” a variant based on the F-35A – conventional takeoff and landing model – that has been specially modified with an Israeli-made advanced electronic warfare (EW) platform that is layered on top of the existing avionics.

The joint Tri-Lightning II exercise was held in southern Israel while the RAF and USMC jets that took part had been embarked on the Royal Navy’s flagship aircraft carrier HMS Queen Elizabeth, which is currently on her first overseas deployment, which is scheduled to last seven months. The carrier is scheduled to make port-of-call visits in more than twenty nations, and earlier this month deployed aircraft in combat operations for the first time.

The IAF has said that international exercises such as Tri-Lightning II can help improve and strengthen its capabilities to deal with threats in real time.

“Cooperation with foreign armies enables the Air Force to strengthen its capabilities and operational capability to deal with a wide range of threats,” IAF Commander Maj.-Gen. Amikam Norkin told The Jerusalem Post. “The Middle East is dynamic and always changing and requires us to practice and drill on a wide range of scenarios in order to protect the skies of the State of Israel.”

The RAF, USMC, and IAF previously took part in the Exercise Tri-Lightning over the Eastern Mediterranean Sea in late June 2019. The one-day exercise allowed the partner nations to take part in defensive counter-air exercises involving friendly and “adversary” aircraft, while it consisted of both active and passive air defense operations.

In both the 2019 and 2021 Tri-Lightning exercises, the F-35s from the three nations played as primary friendly, or blue, force players while a variety of other aircraft played the aggressor roles, simulating realistic combat situations between the advanced F-35s and previous generation fighters.