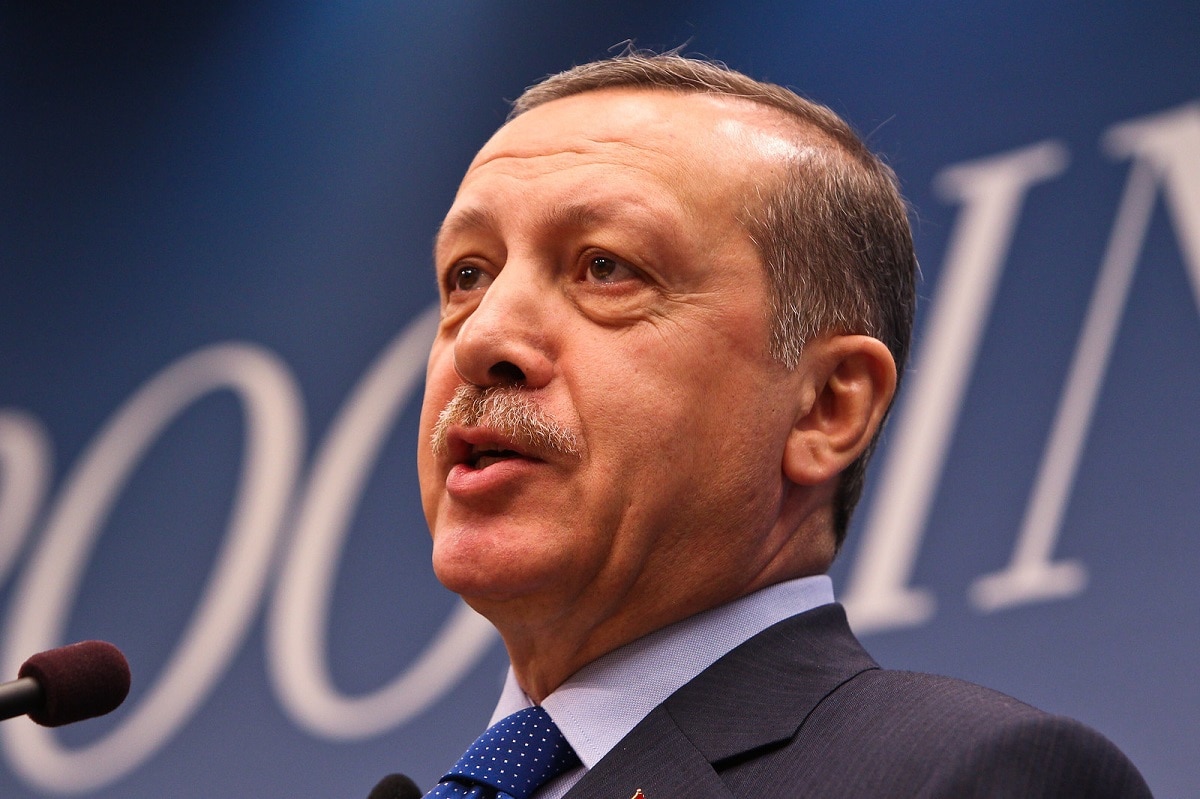 President Joe Biden and Turkish President Recep Tayyip Erdogan met last month on the sidelines of the NATO summit in Berlin. The meeting was short on tangible results but long on symbolism, with Erdogan proclaiming that “there is no problem that cannot be resolved in Turkey-U.S. relations.”
Those problems, however, are legion, and stretch from Turkey’s acquisition of Russian-origin air defenses to America’s arming of controversial Kurdish militia groups. However, another area of discord – and a potentially vital one, if Washington and Ankara are going to rebuild ties – is Turkey’s questionable relationship with an assortment of jihadist elements and factions.
Ankara’s connections to the Islamic State (ISIS) provide a case in point. On the surface, Erdogan’s government appears to be in lockstep with the West regarding the threat posed by the world’s most notorious terror group. Indeed, Turkish authorities regularly publicize the apprehension of high-profile members of the organization like Mustafa Abdulwahab Mahmud, a top ISIS explosives expert, who was arrested on May 25th as part of an ongoing campaign by the country’s intelligence and security services.
Dig a bit deeper, however, and it’s clear that, beyond its own borders, Turkey has not always cracked down nearly as hard on ISIS as it would like you to believe.
Just a few days before Mahmoud’s arrest, the Syrian Observatory for Human Rights (SOHR) reported that it had discovered four senior ISIS members operating as part of the Turkish-backed Syrian National Army (SNA). The revelations are problematic, given Turkey’s prominent place in NATO, and its role in regional policing. In truth, however, this is hardly the first time that a close relationship between ISIS and Ankara has been revealed.
In late 2020, the Kurdish-based Rojava Information Center (RIC) disclosed the identities of 40 former ISIS members who were being sheltered and posing as part of the SNA in Sere Kaniye and Tel Abyad. More damning still, these militants were found to have been paid by Turkey, to be using Turkish-issued ID cards, and to be receiving commands directly from the Turkish National Intelligence Organization (MIT).
This close relationship reflects a larger problem. For years, even as it has pledged support for Western efforts against ISIS, Turkey has been recruiting the group’s members in Syria to bolster its operations against its own main adversary – the Kurdistan Workers’ Party (PKK) and its offshoot, the People’s Protection Units (YPG).
For Ankara, the decision to do so is logical. By recruiting former ISIS members, the Turkish military can draw on a large pool of experienced soldiers whose deaths matter little in terms of Turkish public approval. Still, Ankara has tried to distance itself from allegations that it is cooperating with ISIS by discouraging those militants from using traditional tactics like suicide bombs and car bombs.
Ankara has also been complicit in the release of numerous ISIS members and their families from Kurdish-administered camps. Since 2019, the Kurdish Syrian Democratic Forces (SDF) reported numerous MIT operations to free ISIS affiliates and even claimed that the MIT commissioned a leader of a Syrian paramilitary group, known as Ahrar al-Sham, to smuggle ISIS family members out of al-Hawl camp. By July 2020, SDF sources claimed that over 200 families housed at al-Hawl had escaped from the camp — many with help from Turkish forces.
To be fair, Turkey’s relationship with ISIS has shifted over time. Those bonds were more prominent before 2015, when Ankara is known to have allowed over 40,000 foreign fighters, as well as their supplies, to cross the Turkish border into Syria, negotiated agreements with the group over water supply and electricity generation, and permitted ISIS members to seek medical care in Turkey without facing arrest. Turkish support for ISIS also extended into the financial domain, with Turkey allowing ISIS members to smuggle Syrian oil across the border into Turkey so it could be resold, adding to the group’s financial assets.
But these connections are hardly a thing of the past. Among other things, there are serious indications that Ankara knew about the location of ISIS’ late leader, Abu Bakr al-Baghdadi, when he was hiding out in northwest Syria, just miles from the Turkish border (a charge that has been leveled by no less prominent a policymaker than Brett McGurk, the Biden administration’s current Senior NSC Director for the Middle East). Illicit financial flows continue as well, and in 2019, the United States blacklisted four companies operating inside Turkey for their links to ISIS, highlighting the Turkish government’s generally lax attitude toward jihadi finance. The examples go on, and point to an enduring – if quiet – cooperative relationship.
The reason for Turkey’s dalliance with Daesh, as the group is known in Arabic, is simple. When it comes to terrorism, Ankara sees ISIS as the lesser of two evils. Erdogan has chosen to work with ISIS members when it’s convenient to do so because he views certain Kurdish groups as the more pressing ideological and security threat to the country – and to his rule.
Now that Biden and Erdogan appear to have committed to fixing frayed bilateral ties, Turkey is likely to showcase its domestic counterterrorism efforts as a major benefit to the West. That’s well and good, but the Erdogan government’s illicit ties to ISIS and other jihadists as part of its regional policy needs to be addressed as part of any reset in relations between Washington and Ankara.
Emily Przyborowski joined AFPC as a Junior Fellow in January 2021. A former AFPC research intern, Emily also serves as Middle East Director at Askari Associates, LLC, where using open-source analysis she produces a daily intelligence report for a defense clientele. She is proficient in Arabic and has conducted research on the Middle East, the Sahel, Turkish foreign policy, and Islamic extremism.
In this article:Terrorism, Turkey, Turkey Jihadist Groups

Emily Przyborowski joined AFPC as a Junior Fellow in January 2021. A former AFPC research intern, Emily also serves as Middle East Director at Askari Associates, LLC, where using open-source analysis she produces a daily intelligence report for a defense clientele. She is proficient in Arabic and has conducted research on the Middle East, the Sahel, Turkish foreign policy, and Islamic extremism.