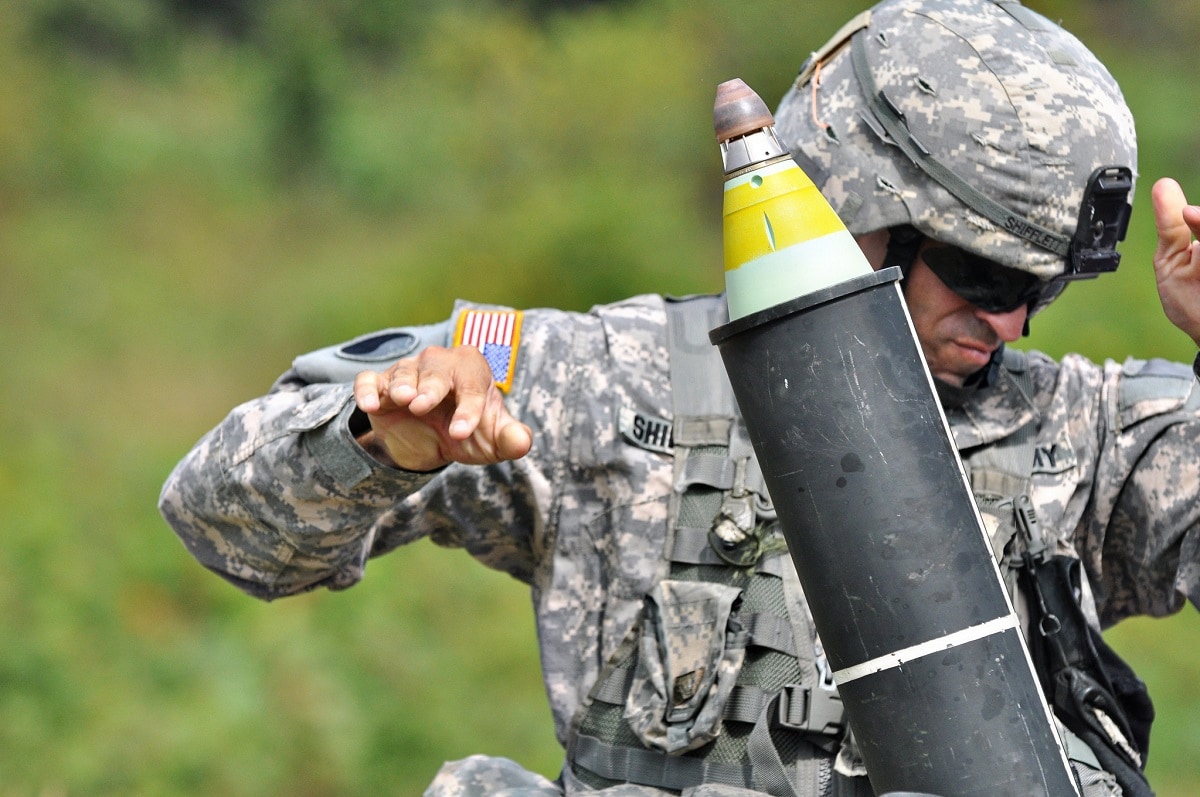 As an avoidable and catastrophic human tragedy unfolds as U.S. government personnel and military forces leave Afghanistan, various analyses are using different yardsticks to determine how much American treasure supported 20 years of combat and supporting operations. Many are asking what sort of return on investment was achieved for Afghans, the U.S., and our allies. Separate from the value of our presence, the cost of war figures ranges from tens of billions to trillions. Most numbers are not “right” or “wrong,” but rather more expansive or less. Understanding estimates more richly will help policymakers evaluate the financial costs and consequences of combat.

The Department of Defense can detail that it has spent $1.7 trillion on war-related costs in Iraq, Afghanistan, and other countries since September 2001. For Afghanistan specifically, Operation Enduring Freedom costs totaled roughly $578 billion, and Operation Freedom’s Sentinel costs are currently about $256 billion. The Pentagon, therefore, estimates spending a total of $837 billion as the cost for the Afghanistan war.

However, tracking and adding the accounts to pay for these operations over time is not straightforward. The U.S. military designates specific war zones as named operations with aligned funding within dedicated accounts, and the names change when the associated missions shift. U.S. operations in Afghanistan started as Enduring Freedom, which lasted from 2001 to 2014, and then became Freedom’s Sentinel, which will presumably conclude this month or next.

The funding streams for these operations also changed for a variety of reasons. In the early 2000s, war costs were classified under emergency and supplemental appropriations. Successive administrations treated these appropriations differently. For example, some years of procurement not related to the wars could be included; others could not.

Dedicated war funding was later concentrated in the Overseas Contingency Operations (OCO) account. While the original purpose of OCO was to provide funding for the incremental costs of operations in Iraq and Afghanistan—on top of the Pentagon’s regular budget to man, train, and equip forces—it was also exempt from spending limits established by the 2011 Budget Control Act. As a result, OCO was often used as a means to pay for normal and predictable expenditures or costs the military would need to cover even if it was not involved in combat. Eventually, this led to breaking the OCO account into different spending categories.

Direct war requirements covered combat or combat support costs that were expected to end when conflicts concluded, like Operation Freedom’s Sentinel and partnership programs like the Afghanistan Security Forces Fund (ASFF). In contrast, the enduring requirements funding category included in-theater and U.S. based costs that would be expected to remain after combat operations ended, such as weapons system sustainment, depot maintenance, ship operations, contractor support and more. The base funding category covered expenses that belonged in the base budget but could or would not be placed there due to spending caps.

With the Budget Control Act expiring, President Biden’s first defense budget for next fiscal year 2022 also has money requested for operations overseas, but they are now entirely included in the base defense budget. The Biden administration asked for $42 billion in OCO for direct war and enduring requirements while doing away entirely with reporting of OCO-for-base requirements.

Outside Estimates of Military Operations

In a 2019 report on OCO, the Congressional Research Service (CRS) estimated that operations in Afghanistan from FY 2001 to FY 2019 totaled $765 billion. However, these figures are based upon Pentagon estimates relayed through quarterly Defense Department reporting to Capitol Hill. The Government Accountability Office (GAO) notes said figures are imprecise for a variety of reasons, including unnamed classified operations and the growth of non-war-related costs in the requests.

CRS highlights additional limitations to the Pentagon’s reporting on the cost of Afghan operations. They cite “incomplete accounting of costs, limited distribution of the documents and underlying data, and formatting that makes it difficult to reconcile the data with information contained in budget justification documents.”

More recently, a 2021 report by the Special Inspector General for Afghanistan Reconstruction (SIGAR) that covered September 2001 through March 2021 estimated that $837 billion was spent on warfighting alone in Afghanistan. However, despite its deficiencies, SIGAR also relied upon the Pentagon’s most recent “Cost of War” report.

Beyond warfighting but part of the operation, SIGAR also put the cost of U.S. reconstruction efforts in Afghanistan at $145 billion. According to the CRS and SIGAR, $83 billion of that reconstruction figure is already contained in the Defense Department’s $837 billion cost of war total.

Brown University takes a more expansive calculation, estimating the U.S. costs of the Afghan war at $2.3 trillion between FY 2001 and FY 2022. This is because they measure more than just immediate warfighting costs. Brown totals include:

Still, even Brown’s methods might not cover all the funding streams that could conceivably be tracked in relation to the Afghanistan war. In 2018, for example, the Stimson Center studied counter-terrorism (CT) spending across the U.S. government and estimated that CT-related funding already reached $2.8 trillion between fiscal years 2002 and 2017 alone, “including expenditures for government wide homeland security efforts, international programs, and the wars in Afghanistan, Iraq, and Syria.” Parsing out the overlapping and unique funding in each instance and estimate is not a straightforward task.

Plenty of other costs could be related to the war but remain opaque. America’s abrupt departure from Afghanistan is poised to leave a paper trail of penalties for broken contracts, in addition to abandoned materiel and equipment, even before the Taliban reached Kabul on August 15.

The House Armed Services Committee’s draft of the FY 2022 defense bill reportedly still includes $350 million for closing out contracts and operations related to supporting Afghan security and defense forces. The Pentagon has also activated the Civil Reserve Air Fleet program to help transport Afghan refugees, using commercial aircraft to augment the airlift. The airlines will receive compensation for that support.

As the Taliban advanced, they captured unknown amounts of U.S. military equipment—including vehicles, small arms, ammunition, ISR equipment, helicopters, and more. Even if the Taliban cannot use all of the gear, the U.S. military no longer can either. Another cost.

Further, while an estimated $6 billion in approved or requested funding for training the Afghan military is now largely up for grabs in Congress, commanders have already said they’ll need to beef up counter-terrorism efforts in the region. This also will require new investment in allied and partner nations for intelligence gathering assets and equipment, such as drones with wider ranges, to mitigate the loss of local bases.

The costs of the war are far from over on August 31st. Brown researchers emphasize that the U.S. government is obligated to provide lifetime support to veterans of war, and interest payments on related debt will only increase over time. Both cautions are important, and the benefits that veterans receive are particularly difficult to fully estimate.

There are also many costs yet to be paid to fulfill commitments to veterans’ care and benefits, including to family members for the KIA, which continue many decades after a conflict ends. For example, the last U.S. Civil War dependent beneficiary died in 2020, which is 155 years after the war ended.

America’s two decades of war in two countries have a “tail” of 5 million-plus deployed military personnel that is likely to be just as long and incredibly expensive. The cost of benefits programs for veterans and their dependents comes not from the Defense Department budget but rather from the VA and other implementing federal agencies, such as the Treasury Department supporting pensions via the Military Retirement Fund.

Financial Costs of War Pale in Comparison to Other Consequences

The immediate costs of war are staggering—personally, physically, emotionally, nationally, financially, and so much more. Of course, none of these spending analyses reflects the many other costs and consequences of war. They certainly do not incorporate the blood spilled for these missions, the lifetime of suffering for so many wounded in action, and a host of other opportunities missed, abandoned, or not undertaken as a result. Further, estimating the direct costs of America’s operations in Afghanistan cannot capture the lasting shame of how it ended. Still, such benchmarks, baselines, timeframes, and categories help policymakers evaluate the treasure spent on combat operations and its value, or lack thereof.

Mackenzie Eaglen is a resident fellow in the Marilyn Ware Center for Security Studies at the American Enterprise Institute. You can follow her on Twitter: @MEaglen.