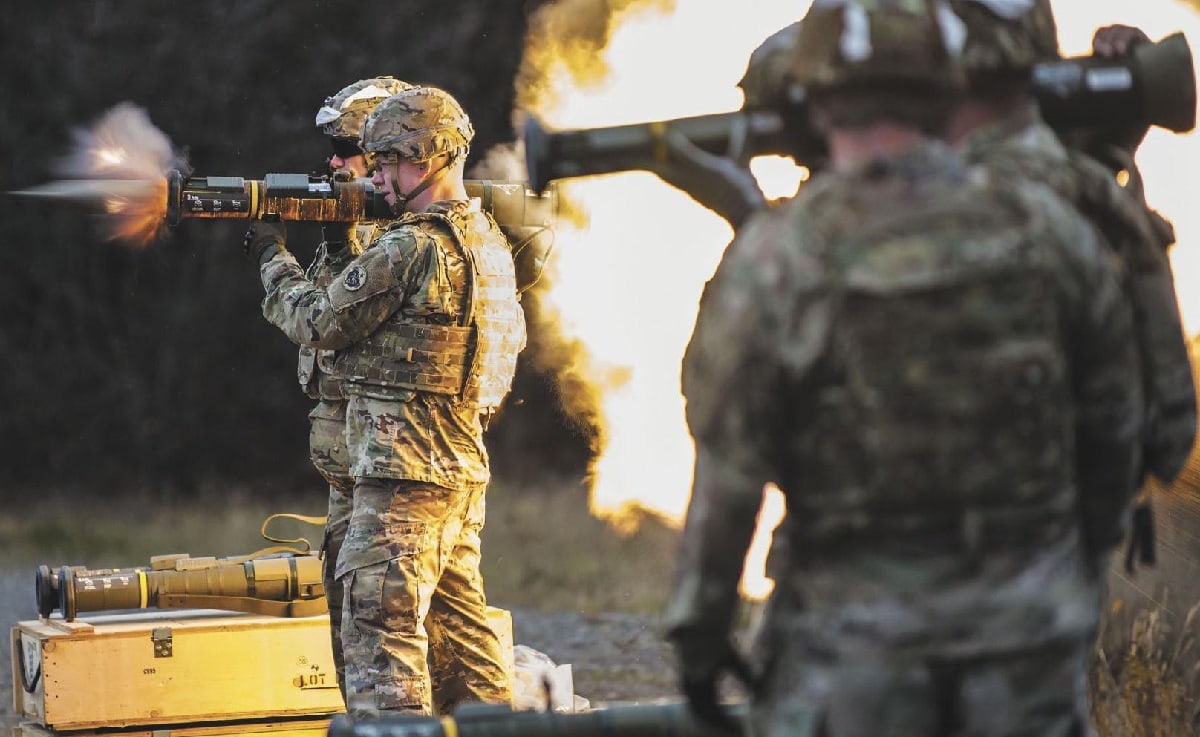 Kabul has fallen. American foreign policy and military doctrine are in disarray.

But it didn’t have to be this way. After Vietnam, the Pentagon adopted a military doctrine called “Air Land Battle,” intended to prevent another Vietnam. It called for overwhelming force, defined objectives, and no mission creep and It proved its worth in the 1991 Persian Gulf War.

Militaries are designed for combat: to kill and break things. Soldiers are not supposed to play social worker, which has been the U.S. military’s role since Bill Clinton became president in 1993.  Dick Cheney told a press conference that I covered in 2000 that nation-building was wrong. The Bush administration changed course after taking power and consigned America to a new quagmire.

Sun-Tzu wrote in the 5th century BC that wars are either won or lost before they begin. Afghanistan, Iraq, and Vietnam should be taught in the nation’s war colleges as testaments to what happens when political considerations hijack military strategy.

“The general who loses a battle makes but few calculations beforehand. Thus do many calculations lead to victory, and few calculations to defeat: how much more no calculation at all! It is by attention to this point that I can foresee who is likely to win or lose,” Sun-Tzu said.

Our defense and political establishment had no idea what it was doing in any of the wars of the past 20 years from Afghanistan and Iraq to supporting jihadists aligned with the Taliban in Syria, and Islamists in Libya. American leaders failed to realize that the South Vietnamese didn’t have the same values as Americans, Former Defense Secretary Robert McNamara noted in 1995, saying it was one of the reasons for defeat in Vietnam.

Fast forward 25 years. The Taliban did just that and used the Afghans’ traditional hatred of the outsider to garner recruits. Western minds in the military intelligentsia imbued with Wokeness and Secular Humanist values cannot comprehend this, nor can it comprehend why anyone would die for religion.

Lt. Gen. Douglas Lute, a top commander in Iraq and czar of the Afghan war in the Obama White House told the Washington Post the same thing happened in Afghanistan. American policymakers never quite understood Afghanistan’s feudal and tribal society.

“What are we trying to do here? We didn’t have the foggiest notion of what we we’re undertaking. We never would have tolerated rosy goal statements if we understood, and this didn’t really start happening until Obama,” Lute said. “There is a fundamental gap of understanding on the front end, overstated objectives, an overreliance on the military, and a lack of understanding of the resources necessary.”

“If you know yourself but not the enemy, for every victory gained you will also suffer a defeat,” Sun-Tzu said in “The Art of War.”

There is no doubt Sun-Tzu would view Wokeness as a clear and present danger on the battlefield. It views the world in terms of the oppressor versus the oppressed instead of good versus evil, especially when it comes to the view that America is an imperialist power and the jihadists are the oppressed.

In Afghanistan, Iraq, Syria, and Libya, our Woke military and State Department refused to acknowledge the religious component.

Our defeats are a testament to the self-serving incompetence of what Sen. Bernie Sanders’ foreign-policy architect Matt Duss calls “The Blob.” They’re the entrenched foreign-policy establishment that cares more about advanced degrees from fancy schools and fancy titles instead of victory. President Joe Biden should be considered part of “The Blob” due to his decades on the Senate Foreign Relations Committee advocating for one failed policy after another. “The Blob” is impervious to facts that show its incompetence. Never underestimate the power of the true believer to be ignorant of reality and delude himself or herself with narratives.

President Barack Obama’s administration said that the Taliban wasn’t a terrorist group, and U.S. officials knew years ago that the war was unwinnable.

Arguably the war in Afghanistan was lost in December 2001 at Tora Bora. U.S. Central Command commander Gen. Tommy Franks, desperate to avoid the fate of the Soviets, chose to ignore the lessons of Vietnam and used a light footprint. He employed barely capable Afghan fighters from the so-called Eastern Alliance that fought alongside U.S. Special Forces against Al-Qaida and the Taliban.

Then Marine Brig. Gen. James Mattis had 4,000 Marines deployed in Kandahar. He wanted to deploy them to Tora Bora to take out the al-Qaida and the Taliban but was told to stand down for political reasons. Arguably that decision cost the U.S. decisive victory in Afghanistan. As a result, the Taliban and its Al-Qaida allies slipped away into Pakistan’s tribal area known as Waziristan and lived to fight another day.

Franks’ decision to call off Mattis at the behest of the civilian leadership allowed the Taliban and al-Qaida to have the same safe zone in Pakistan that the Viet Cong had along the Ho Chi Minh Trail in Laos and Cambodia 30 years earlier.

“There is an overemphasis on the military − an over-appreciation of the military and an under-appreciation of policy, diplomacy and development. These are all considered secondary to the primacy of military ways. This begins to fracture or erode strategy. We came to this realization late (i.e. Obama speech on hammer/nail),” Lute said.

America failed at nation-building in South Vietnam. It also failed to “Vietnamize” the Vietnam War and train a South Vietnamese army that could fight on its own without American advisors. Sen. Eugene McCarthy warned the strategy was doomed to failure in an Aug. 1970 column in the New York Times because it had been tried by the French without success.

As in Vietnam, the U.S. failed to create institutions in Iraq and Afghanistan that had widespread popular support. Insurgencies win because they have popular support and mobilize that force against the aggressor.

The U.S. must relearn the lessons of Vietnam and apply them. It must avoid becoming embroiled in long-running guerilla wars. War planners must learn the culture and values of their enemies and learn them on their own terms instead of through the lens of Critical Race Theory and other chic out-of-touch academic ideologies.

Nation-building must be abandoned henceforth as a military objective.

Lastly, the U.S. must never again embark on a major war without a congressional declaration of war and support of the American people. The objectives must be clear and decisive victory must be assured. In war, there is no substitute for victory. If victory cannot be achieved the U.S. should stay out.

In this article:Afghanistan, Iraq, U.S. Military, US Military, Vietnam War