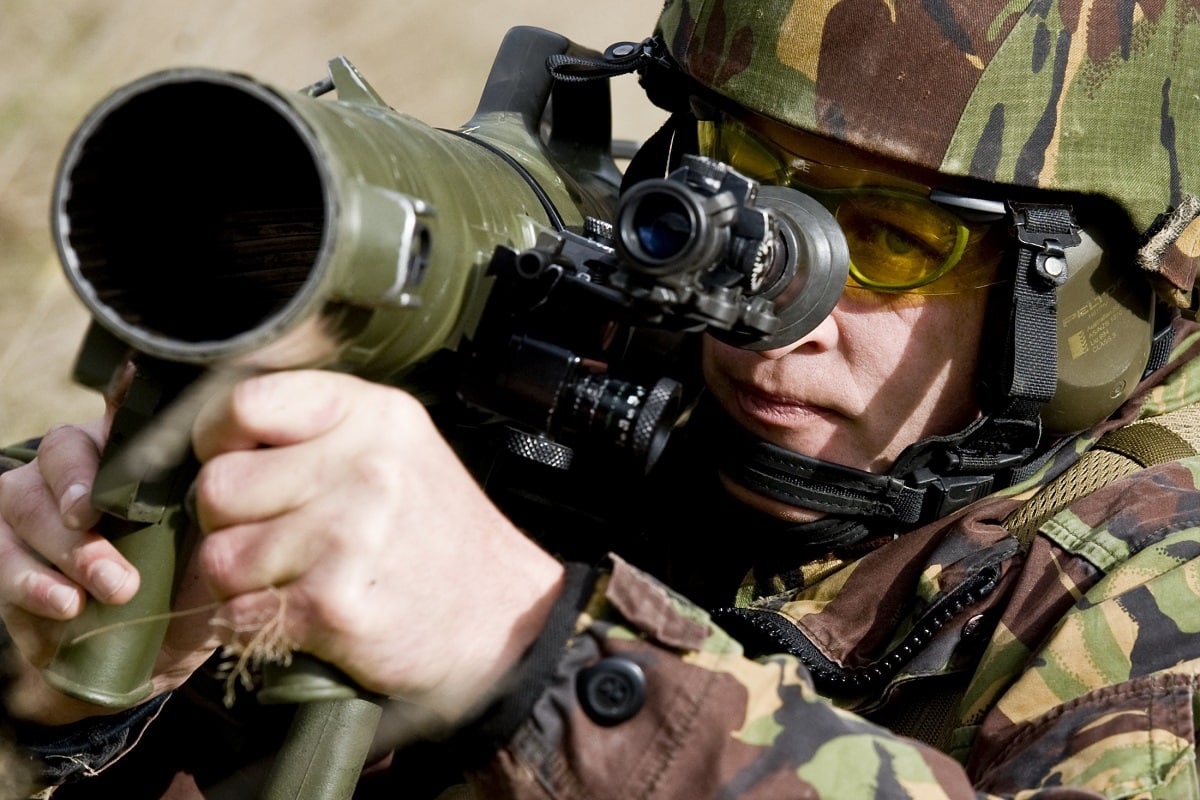 Ex Viper in Waiouru. Whiskey Company rehearses and briefs for a cavalry assault in the Argo Valley.

President Joe Biden’s decision to give up Bagram airbase has returned U.S. counterterrorism capabilities in Afghanistan to where they were when Bill Clinton was president.

U.S. reliance on cruise-missile strikes and other “over the horizon” technologies prior to Sept. 11, 2001, proved ineffective.

Unlike terror hotspots like Syria, Iraq, Yemen or in Africa, Afghanistan is geographically remote, and it is located anywhere from 350 miles to 1,000 miles from the Arabian Sea, where U.S. carriers can launch U.S. airpower, depending on the target. Getting forces there requires overflight permission from Pakistan, whose Inter-Services Intelligence Agency (ISI) supports the Taliban and other Afghan jihadists.

Due to President Biden’s shortsightedness, the U.S. launched its drone strikes against alleged ISIS-K terrorists in Afghanistan from a base in the United Arab Emirates (UAE) – an eight-hour flight to do what would have taken an hour or less before Bagram was given up. Getting drones into Afghanistan to conduct operations against terrorists eats up a tremendous amount of fuel and time.

“We will have an architecture in the theater that will allow us to look into Afghanistan,” Gen. Frank McKenzie, who heads U.S. Central Command (CENTCOM) told the Senate Armed Service Committee in April. “It will not give us the same picture that we have now. It will allow us to see in. The ranges will be greater, the resources will be greater, the risks will all be greater, but it will be possible to do those again. It is certainly not impossible, but we won’t have the vision we have now.”

The U.S. lacks a significant military presence in surrounding countries, including Iran, Pakistan, Uzbekistan and Tajikistan from which to launch strikes against targets in Afghanistan. Russia and China are intent on using their leverage to keep U.S. troops out of Central Asia.

Inserting Special Operations troops into Afghanistan to carry out counter-terrorism missions will become increasingly difficult due to Biden’s poor decision.

Groupthink won the day. Satisfying President Biden’s deadline to get out of Afghanistan by the 20th anniversary of 9/11 without any consideration for security or the need to maintain stability seems to have been the only consideration. Biden refused to allow adequate troops to secure Bagram and to create a security perimeter in Kabul.

“It is not necessarily tactically or operationally with what we are trying to do with their government in Kabul,” Gen. Mark Milley, chairman of the Joint Chiefs of Staff told Congress about keeping Bagram open in June.

If the Taliban were to allow China to use Bagram it would further crowd out the U.S. military’s ability to retake the base and resume operations at a future date.

Abandoning Bagram put thousands of dangerous Taliban, al-Qaida, and ISIS fighters back on the battlefield after the Taliban released them from prison, which likely led to the deaths of 13 American servicemembers and over 100 civilians.

And thanks to the Taliban’s capture of U.S. databases it likely knows who provided intelligence to the U.S. military and can now kill them. Signals intelligence isn’t a substitute for boots on the ground or human intelligence.

It didn’t have to happen that way. President Trump’s withdrawal plan would have kept Bagram in U.S. hands for counter-terrorism operations, according to Trump advisor Kash Patel, who oversaw the former administration’s Afghanistan withdrawal plans. Bagram’s strategic position could have given the U.S. military reach into Iran and China in the case of hostilities.

The Biden administration also burned a major ally in Afghanistan that could have been a counterterrorism partner. A source told me that the Panjshir Resistance, made up of old elements of the Northern Alliance, doesn’t trust this administration and it only trusts former special forces members who it worked with previously because it feels that Biden betrayed it.

The Northern Alliance worked with U.S. Special Operations forces in 2001 to capture Bagram from the Taliban. Now those bridges are burned.

The Biden White House snubbed Ali Nazary, the group’s head of foreign relations, and refused to meet with him. It’s also ignoring his wise advice.

“We believe the latest development with the suicide bombings makes our case stronger because we’ve been warning the current administration, we’ve been warning all our Western partners … that international terrorism is stronger compared to 2001,” Nazary told the Washington Examiner. “It shouldn’t be ignored.”

Rather than work with known Taliban resistance, the Biden administration seems insistent on considering the  Taliban as the “good jihadists” as opposed to Islamic State or Al Qaida.

But the Taliban and al-Qaeda are intertwined, so supporting the Taliban and pitting them against al-Qaida or Islamic State (ISIS), is a nonstarter. Al-Qaida’s top leaders owe bayah, allegiance under Islamic law, to the head of the Taliban.

The Haqqani network, a designated terrorist group, is itself a part of the Taliban organization, despite false claims by U.S. experts that the two are distinct. The U.S. launched its invasion of Afghanistan in 2001 after the Taliban refused to surrender their “guest” Osama bin Laden.

And the distinction between Al Qaida, Taliban, and ISIS is one without a difference because they all view the U.S. as the enemy.

Biden’s hasty withdrawal from Afghanistan and surrender of $76 billion in American military equipment has given the Taliban and potentially other jihadists 16,035 night vision goggles, 120 Wolfhound high-tech cellphone detectors, eight ScanEagle surveillance drones, 360,000 rifles, 126,000 pistols, 64,000 machine guns, and other weapons. They likely will be used on jihadist battlefields from Kashmir, to the Middle East, to Southeast Asia to Africa. This means that jihadist terrorism will take a great leap forward in capabilities.

“You know al-Qaida targeted the kingdom first before anyone else,” former Saudi intelligence chief Prince Turki al-Faisal said. “It is very worrisome, that aspect of it, and now with this weaponry, the ally of the Taliban, al- Qaida, may get their hands on, it’s going to be even more worrisome.”

In addition to the prospect of Afghanistan turning into an open-air arms bazaar for every jihadist group from Israel to India, more advanced technology may find its way to China, Russia or Iran to be reverse-engineered.

Joe Biden has made the world a more dangerous place.

President Biden forgot why we went to Afghanistan in the first place–to prevent al-Qaida from being able to use Afghanistan to train jihadists to attack the U.S. and its interests. Now thanks to his malfeasance the gains of the past 20 years have been swept aside and the jihadist war on America is revitalized. Biden thinks the war is over, but the next phase has just begun.