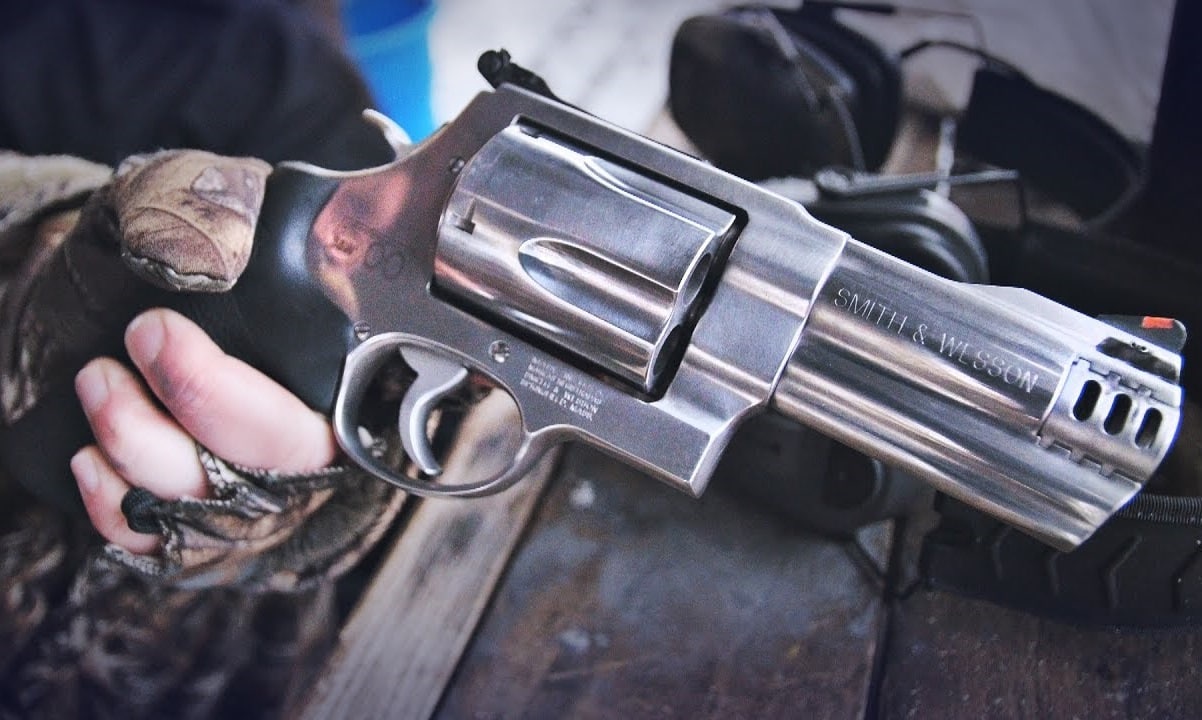 Instead of lobster rolls and Boston baked beans, some Smith & Wesson employees can look forward to fried catfish and country ham as the company announced on Wednesday that it will move its headquarters from Springfield, Mass. to Maryville, Tenn. About 750 employees will be relocated from Springfield to Maryville, which is located about 25 miles south of Knoxville.

Smith & Wesson Brands Inc. has called Massachusetts home for 170 years, but the company’s CEO said that legislation pending in Beacon Hill could bar the manufacturer from making certain types of firearms – including AR-15 style modern sporting rifles – in the Bay State. As a result, the company decided to move its headquarters and facilities to the Volunteer State, which has stronger support for the Second Amendment as well as a lower cost of living.

“This has been an extremely difficult and emotional decision for us, but after an exhaustive and thorough analysis, for the continued health and strength of our iconic company, we feel that we have been left with no other alternative,” CEO Mark Smith said in a statement.

The proposed legislation in Massachusetts would essentially prevent the company from manufacturing a key firearm that accounts for more than 60 percent of the company’s revenue.

“These bills would prevent Smith & Wesson from manufacturing firearms that are legal in almost every state in America and that are safely used by tens of millions of law-abiding citizens every day exercising their Constitutional Second Amendment rights, protecting themselves and their families, and enjoying the shooting sports,” Smith added. “While we are hopeful that this arbitrary and damaging legislation will be defeated in this session, these products made up over 60 percent of our revenue last year, and the unfortunate likelihood that such restrictions would be raised again led to a review of the best path forward for Smith & Wesson.”

The move to Tennessee will also allow those Smith & Wesson employees to actually own the products they produce, as Massachusetts law prohibits the sale and possession of most AR-style firearms. Additionally, unlike Massachusetts, Tennessee is currently one of 28 “right-to-work states,” which means its workers can’t be forced to join unions.

The 750 jobs to be relocated include positions currently in Springfield as well as jobs in Deep River, Connecticut and Columbia, Missouri. In addition, the Connecticut facility, a plastic injection molding plant, is expected to be sold, with those operations relocated to Maryville.

The news of the move was not unexpected, but Springfield Mayor Domenic Sarno responded in a statement, expressing his disappointment.

“President and CEO Mark Smith had reached out to me to inform of Smith & Wesson’s decision to relocate 550 Springfield-based jobs to their Tennessee manufacturing facility,” said Sarno.

“This is devastating news to the 550 employees and their families who will be losing their jobs. My number one priority will be to assist these employees and their families in any way we possibly can. I will be working with my staff and coordinating with state officials to discuss ways in which we can offer workforce placement assistance and/or retraining aspects to assist every one of these employees and their families,” Sarno added. “In addition, we will continue to work with Smith & Wesson to retain the 1,000 remaining jobs here in Springfield. In my discussions with President and CEO Mark Smith, he has assured me that their goal is to keep these remaining 1,000 jobs here in Springfield. I will continue to work with them in any way possible to attain that goal.”

Smith & Wesson had been based in Springfield since 1852, so the move could be a cultural one. Apart from food and the ability to own the products they make, whether those employees making the move will switch their professional football allegiance from the New England Patriots to the Tennessee Titans isn’t clear. Baseball fans could be out of luck, however. It seems unlikely that Nashville will get an MLB franchise anytime soon.