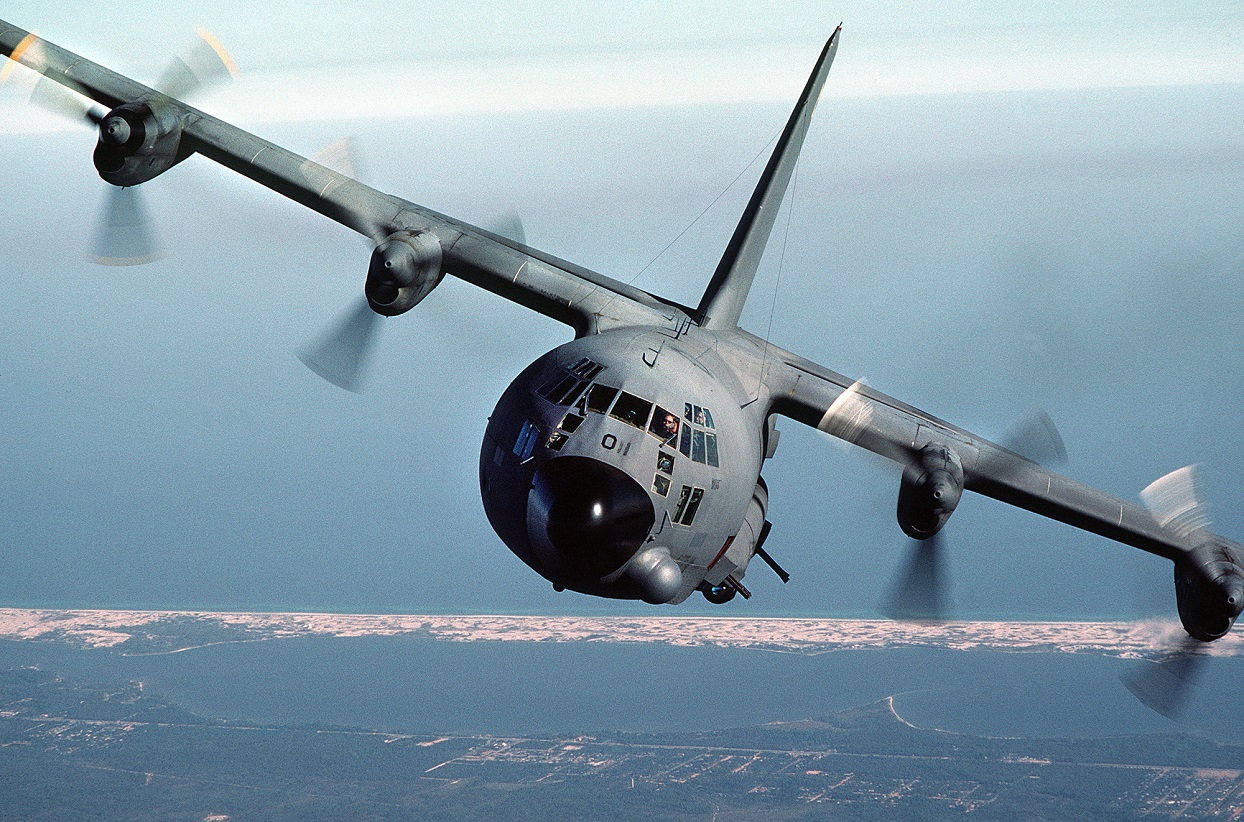 So, you thought the Air Force’s AC-130 gunship couldn’t get any more lethal. Now imagine having a laser weapon added to the mix. A new directed energy weapon will be tested by the Air Force on the AC-130J Ghostrider. The AC-130J is already armed with a 30mm cannon and a 105mm howitzer, plus various missiles and bombs under its wings. It brings a lot to the fight already, but armed with a laser, the AC-130J could be unstoppable.

How This Could Occur? Enter AHEL

The Airborne High Energy Laser (AHEL) is a nonlethal weapon that Lockheed Martin has been developing since 2019. The Air Force will now conduct ground and air tests on the prototype. The concept around AHEL is that it disables enemy vehicles and other infrastructure that can blind the bad guys. There is no explosion from the laser, but after a laser shot, the target’s inner electrical workings are fried and not combat effective. AHEL thus removes things from the battlefield that would normally put up a fight.

One use case would be a special ops raid to rescue a hostage. Not only could the fifth generation AC-130J provide close air support to the team with all its conventional weapons, but it could use the laser to blind the enemy’s intelligence, surveillance, and reconnaissance abilities. This would enable the hostage rescuers to sneak in unabated and get out safely.

Airborne Lasers Have Been Tried Before

Other military laser systems have not been as successful.

The U.S. Air Force once had high hopes for its Airborne Laser program. This was based on the Strategic Defense Initiative, the so-called “Star Wars” system for missile defense during the Reagan administration in the 1980s. Later, during the George W. Bush administration, the Airborne Laser Testbed was mounted on a 747 aircraft called the Boeing YAL-1 to destroy incoming enemy missiles with a laser blast.

The Airborne Laser Testbed was designed to send a laser beam and the hit would heat up and rupture the enemy missile by weakening it and forcing it to break up from the stress of flying at such high speeds.

Although it was tested successfully against a target in 2010, the Airborne Laser program proved to be awfully expensive. The program’s life span cost over $5 billion.

Going forward, each YAL-1 aircraft equipped with the Airborne Laser would set the Air Force back $1.5 billion a piece with an additional operating cost of $100 million per year, according to Secretary Robert Gates in 2011.

Moreover, the airplanes had limited range and would have to constantly fly in orbit over Russian or Chinese airspace to be effective. This limitation proved unrealistic, and the program was canceled in December 2011.

It remains to be seen how much AHEL is going to cost, but the Air Force needs to come in on time and under budget for the new system to have a future. So far, AHEL seems to be meeting its benchmarks and milestones. The next 12 months will be critical. Putting it on the AC-130J is smart.

If it works, it really helps special operations forces complete their missions. And if AHEL doesn’t work, the Air Force still has its mammoth gunship that can deliver an unreal amount of damage.