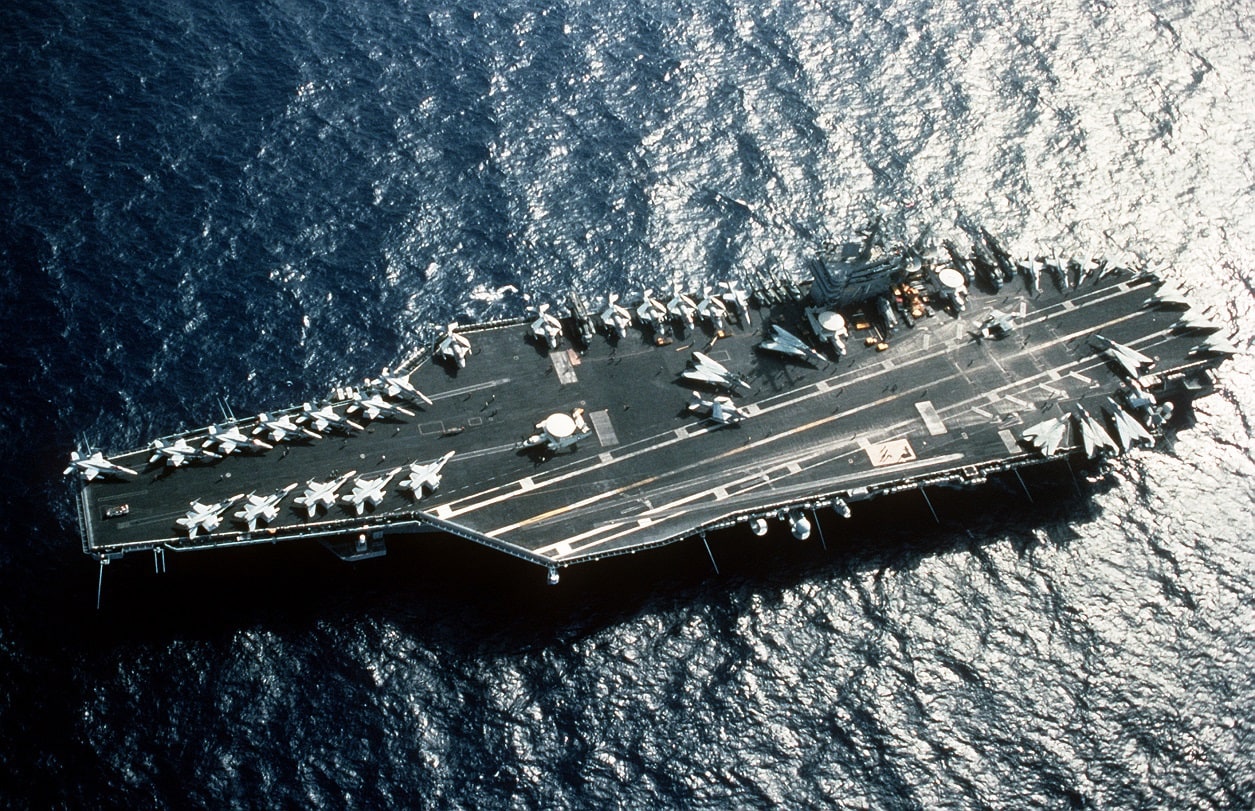 China’s HD-1 supersonic cruise missile looks sleek, modern, and fast. Displayed at last month’s Zhuhai Airshow, the Chinese believe it’s an “aircraft carrier killer.” Its engine requires less fuel, which makes it lighter and faster than other cruise missiles in its class. The HD-1 can be launched from shore-based launchers, ships, and jet fighters. It travels at MACH 2.2 to 3.5. It can fly as high as nine miles and as low as 15 to 30 feet over the water. But there are also two other ballistic missiles that can, at least in theory, attack U.S. Navy aircraft carriers as well in wartime.

The HD-1 Has Some Impressive Specs

The Chinese say in state-run media that the HD-1 takes only five minutes to get ready for a launch and a second cruise missile can be fired in less than ten seconds. The HD-1 mobile launcher can pack six missiles, each fired with a press of a button. It can move to another location three minutes after a launch, so it has some survivability options. The HD-1A variant allows the missile to be fired from a fighter plane. The HD-1 has a range of 180 miles and weighs 4,850 pounds. The solid-fuel ramjet engine sets it apart. This engine, as noted above, needs less fuel, so it flies faster and further.

There Are Other “Carrier Killers”

The DF-21D and the DF-26B are also supposedly aircraft carrier killers too, and have been in press reports for at least a decade, at least in the case of the DF-21D.

The DF-21D is a road-mobile anti-ship ballistic missile. It has a 1,300-pound high-explosive warhead. This is the one that has the range the U.S. Navy is concerned about – at 910 nautical miles, which can fly beyond the Taiwan Strait. Alternatively, the DF-26B could hit Guam. Both ballistic missiles were successfully tested against moving maritime targets in 2020. The DF-26B is also nuclear-capable.

But The U.S. Navy Has a Vote in the Fight

The good news is that U.S. Navy’s Aegis Combat System can fight back.

The Aegis can protect carriers against ballistic missiles. U.S. aircraft carriers would probably not operate within the range of the HD-1 cruise missile. But the navy is closely watching the development of the DF-21D and DF-26B because of their greater range. These missiles would be better called “anti-access” missiles rather than carrier killers because they can keep the navy from operating carriers in certain parts of the East and South China Seas.

For example, a Chinese submarine could potentially sink a carrier too. But “carrier-killer” sounds more impressive when describing a missile.

Should the U.S. Navy be concerned? Yes. There are areas of operations where carrier strike groups have to be careful. The East and South China Seas are good examples of locations where there are anti-access/area-denial weapons that challenge freedom of navigation. But the various ships in a carrier strike group are also outfitted with the Aegis Combat System, so the navy can defend itself. And the new Ford-class supercarrier has been successfully tested for its resilience to close explosions in a so-called shock trial.

So let the Chinese brag about their carrier-killing missiles and rest assured that the U.S. Navy is still ready to operate successfully in East Asia.