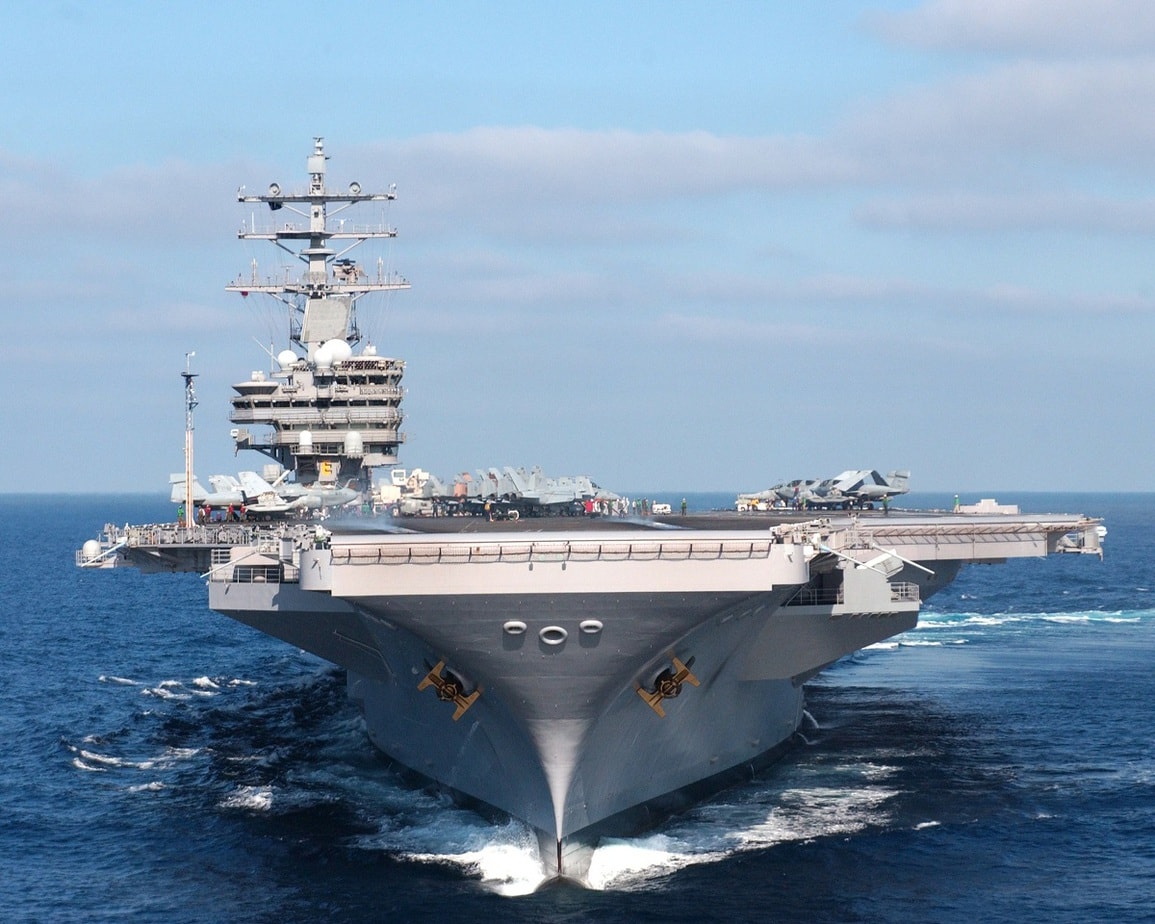 The on-again/off-again debate regarding the future of the aircraft carrier has been reanimated. The approximate causal factor is the proliferation of long-range precision-guided ballistic and cruise missiles. The U.S. military is struggling to develop operational concepts and appropriate capabilities to deal with the threat posed by competitors’ anti-access and area denial (A2/AD) capabilities (in which ballistic and cruise missiles play a major role) and the reality that potential adversaries have the advantage of proximity to likely regions of conflict.

In response to the threat, the Department of Defense (DoD) has sought to develop new operating concepts and capabilities to improve both the lethality and survivability of its forces. Two key elements of the new approach are distributed operations and the deployment of so-called stand-in forces. Distributed operations are envisioned as the simultaneous concentration of effects and the wide dispersal of platforms and units. Stand-in forces are envisioned as highly lethal mobile units and networks that would conduct dispersed operations within an adversary’s A2/AD umbrella.

The U.S. military faces several challenges when it comes to deploying, maintaining, and operating stand-in forces. For example, will the United States have permission to deploy these forces? Will stand-in formations be sufficiently mobile and/or stealthy to evade detection? Will they be able to carry enough munitions to have an impact on the battlefield? Can such forces be supported logistically?

A major advantage of the carrier air wing over land-based aviation is that the former operates from a sovereign mobile base at sea. As noted in the 2018 National Defense Strategy, fixed facilities are increasingly vulnerable to competitors’ large ballistic and cruise missile inventories. The combination of the inherent mobility of a carrier strike group (CSG), the increased range at which carrier aviation can operate, and the multiple air and missile defense capabilities resident in the CSG provides a significant degree of protection against air-breathing and ballistic threats.

There is no better stand-in capability than a CSG. In fact, the CSG is really a “stand-in/stand-out” force, one able to maneuver both for concealment and to place its aerial assets in an optimal position to conduct counter-air operations and, when enemy air defenses are sufficiently attrited, move in closer to deliver ordnance against other targets. Moreover, the CSG disposes of enormous firepower in the carrier air wing and the accompanying warships.

U.S. aircraft carriers have undergone remarkable transformations in the nearly 100 years from the deployment of the Langley (CV-1) to the modern, Ford-class CVN. But what has ensured the aircraft carrier’s continuing relevance over this period is the Navy’s ability to continually evolve the carrier air wing.

The U.S. Navy is well on its way to deploying an air wing with significantly enhanced capabilities. This evolving carrier air wing currently includes the F-35C Lightning II, E-2D Advanced Hawkeye and  CMV-22B Osprey in addition to the F/A-18E and F/A-18F Super Hornet fighters, the EA-18G Growler electronic warfare aircraft and several types of helicopters. The F-35C will provide the air wing with fifth-generation capabilities. This includes not only stealth but the revolutionary sensing capabilities resident in this platform. The presence of the F-35C will multiply the effectiveness of the FA-18 E/F in both air-to-air and air-to-ground missions.

The E-2D Advanced Hawkeye is the most cutting-edge version of the Hawkeye aircraft, designed for airborne ISR and command and control. This version is critical to the Navy’s plans for distributed operations, acting as a node in the Navy’s network that connects sensors and shooters. A series of planned upgrades to the E-2D will keep this aircraft in the inventory through the 2040s.

The Navy’s version of the V-22 Osprey, the CMV-22B, marks a major improvement in aerial transport and logistics. In an important step forward in at-sea logistics, the CMV-22B demonstrated the ability to transport the power module for the F-35C. The Osprey has a degree of flexibility not available with the fixed-wing C-2 Greyhounds that used to perform the carrier onboard delivery mission. The CMV-22B can not only move supplies and personnel between shore facilities and CVNs but also provide transport between ships.

Recently, the U.S.S. Carl Vinson (CVN 70), the core of CSG-1, became the first aircraft carrier to deploy with the key elements of the evolving air wing. Embarked on the Vinson, Carrier Air Wing (CVW) 2 deployed with key components of the evolving carrier air wing, including the F-35C, E-2D Hawkeye and the CMV-22B Osprey. According to Rear Admiral Timothy J. Kott, previously commander CSG-1: “With the addition of the newest fifth-generation aircraft, the Navy has delivered the world’s most capable, lethal and ready air wing to our strike group.”

A key component of the new air wing is the MQ-25A Stingray aerial refueling drone. The presence of a drone as a dedicated tanker aboard the CVN will dramatically increase the range and duration of aircraft operations. It will also free F/A-18s from having to act as tankers, allowing more of these aircraft to become available for combat missions.

In a recent interview, Rear Admiral Greg Harris, the U.S. Navy’s previous Director of Air Warfare, spoke to the impact of the Stingray in the operations of the carrier air wing: “The MQ-25 adds range, which adds lethality to the carrier strike group. When you add that additional range to fourth and fifth [generation] fighters; when you add that range to the range we’re looking at for F/A-XX or next-generation air dominance family of systems; if you add that to the long-range weapons that we are currently procuring and look to procure in the future: we have an ability to strike at range and with volume and temp.”