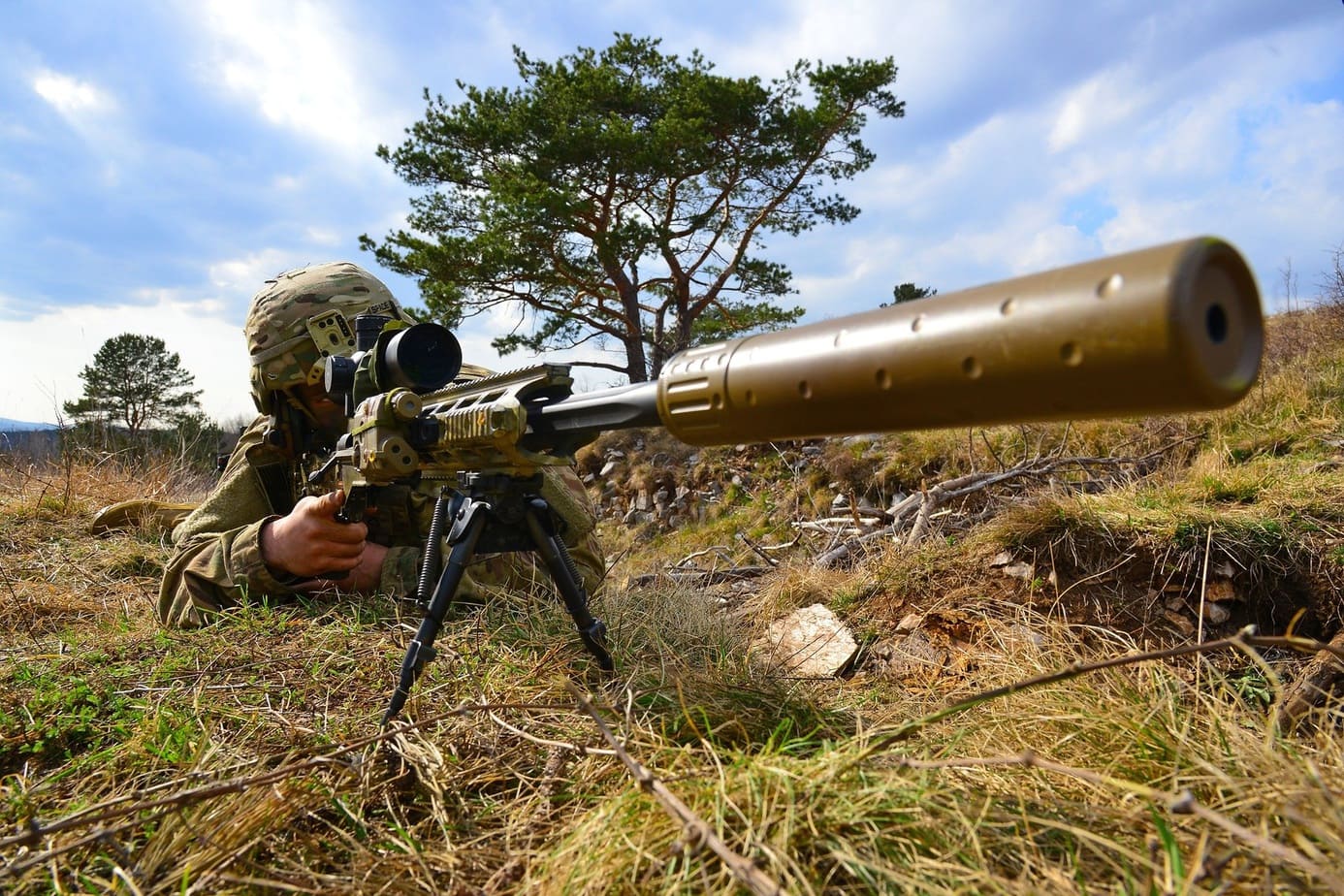 Over the post-World War II period, the United States has fought three major wars that fall mainly in the category of counterinsurgency – Vietnam, Iraq, and Afghanistan. Though each began in markedly different ways each traced a similar course. Under vastly different American administrations and against vastly different enemies, the United States decided it necessary to militarily support an indigenous government substantially of our creation. When faced with adverse circumstances on the battlefield and limited competence on the part of our preferred government and its armed forces, it was deemed necessary to escalate American involvement deploying U.S. ground forces in the hundred thousand plus range and such personnel as American and international civilian agencies could be coerced to muster. In each case, after substantial success in destroying enemy forces and sustaining a friendly and at least somewhat representative regime, the American political system turned against these wars. The United States then moved to abandon its erstwhile allies and their citizens to the depredations of a vicious enemy after the expenditure of much American blood and treasure.

In the case of Vietnam, the abandonment was final. The trajectory from a modest advisory presence to a half million-man combat deployment to “Vietnamization” with American logistics and air support could have resulted in a sustainable country. Recall that Saigon fought off a conventional invasion by 13 North Vietnamese divisions in 1972 without American ground forces or substantial American casualties. By 1975, a resurgent Congress had forced a total aid cutoff and, despite courageous fighting by many South Vietnamese units, Hanoi prevailed in an armored assault, thanks in part to more reliable allies. The consequence was as many as 100,000 dead in Hanoi’s gulag and somewhere between a quarter and half a million drowned in the South China Sea. There was no American recognition of Hanoi’s ethnic cleansing of Montagnards, Chinese, Khmer, Hoa Hao, Catholics, and Cao Dai.

In Iraq, after brilliant success in the major combat phase, the absence of post-war planning and critical mistakes in the occupation resulted in an insurgency by both Sunni and Iranian-backed Shia. This was only brought under control by the 2006 surge and after the U.S. Army reclaimed the expertise in counterinsurgency intentionally forgotten after Vietnam. Iraq was then abandoned in 2011 with the fig leaf of a robust embassy to secure American interests. It was, of course, necessary to re-engage with modest ground deployments and air support after the emergence of the Islamic State which seized some third of the country.  The eventual outcome in Iraq is highly uncertain – at best a semi-representative regime able to bridge deep sectarian differences and maintain independence from Iran, at worst a failed state torn into a Shiite Iranian satellite and a Sunni/jihadist rump.

In Afghanistan, initial success was allowed to deteriorate and a surge in 2009 – costly in American lives – was time-limited for domestic political reasons. The last three U.S. administrations have all sought to leave Afghanistan: the Obama administration lowered force levels to a modest support and counter – terrorism mission and the Trump administration negotiated a deeply flawed unilateral withdrawal without the participation of the Afghan government. The current administration threw away a deployment sustainable at minimal cost in the medium term and has overseen the greatest national security debacle and created perhaps the gravest avoidable humanitarian catastrophe since World War II. The failures have been at all levels and across all entities:  intelligence assessment, civil-military operational planning, and diplomatic coordination. The repercussions will haunt our interests and our consciences. The continuing human toll on Afghanis will be felt over decades.

The American Way of War: A Clear Pattern?

What a difference a few thousand American troops and air support make.  All three of these wars stood a decent or better chance of being redeemed by enduring personnel deployments in the high four figures incurring annual casualties in the low dozens or fewer.  All three of these wars could have had a reasonably acceptable outcome with smarter decisions at a few key points.

There is obviously a pattern here. The initial phase of involvement may well be nearly invisible at the political level and be of low cost as was the case in Vietnam. Or it may be a vast and successful initial strike followed by ill – considered efforts to escape second-order consequences as in Iraq and Afghanistan. Mission creep is a normal bureaucratic tendency. Gradual escalation can bring casualties and civilian disillusionment as the engagement drags on. Domestic economic considerations reassert primacy in the national polity.  One or at most two decades has become the usual limit of American political tolerance.

Nation-building is a multi-decade process if it is to succeed, and the United States is not very good at it.  It is not a core military capability, and the diplomatic and economic agencies have little interest or stomach to go in harm’s way.  But the idea of a short military intervention followed by a quick withdrawal is an illusion. Colin Powell’s Pottery Barn rule applies – you break, you own it.  In Libya where the international community barely tried to pick up the pieces after ousting Gaddafi, the immediate consequence was a failed state and jihadi haven.  Civilian agencies, Allies, and international organizations can only function – and usually rather badly – under the umbrella of U.S. security.

This recurring pattern of engagement, escalation, and abandonment creates additional uncertainty in American security policy at a time when it hardly needs more. It is perhaps inevitable that the U.S. operates with a time horizon for high-profile events limited by the next election. The radical swings in this century desperately call for a more centrist and bipartisan approach to global security.  The first three American administrations of this century swung from overly ambitious neo-conservatism to Wilsonian globalism and retrenchment to Jacksonian nationalism. The current administration demonstrates mere impulse and obstinacy in the face of failure and has no discernable strategic overview. The security policy “establishment”, military advice, or both have been marginalized by White House domination of policy and sometimes derided by its occupants during at least the last three administrations. Such of course is the consequences of democracy, but the force planner and strategy analyst must think decades out. The United States (and especially the U.S. Army) have repeatedly sworn off counterinsurgency/nation – building – the two are inseparable – and repeatedly been dragged back into just that kind of conflict. The civilian agencies should be the nation builders but they can’t and won’t. There is no reason to expect this to change.

Today American forces are deployed in at least 70 countries. At least a third are essentially train and equip missions directed against Islamist terrorism. All these partners – and a sordid lot many are – will no doubt attempt to assess the future value and reliability of U.S. support. Policymakers and planners are utterly unable to forecast the next war and have never gotten it right. The United States is now entering a period of soul searching and self-doubt amid gaping internal divisions that will impact national security. The United States should make every effort to sustain low-level engagement in the many countries threatened by Islamist terrorism and in failing states in our own hemisphere. But exceptional vigilance will be required not to escalate or raise the profile of these deployments as the armed forces reorient to counter China. Some –  the Sahel comes to mind – may not be worth the candle if very low levels of commitment are insufficient. The United States has already given up a presence in Yemen and Libya.

Afghanistan is not over however much the administration wishes it to be. The horrendous news stories will continue, and the human toll will climb. Neither is Iraq or Syria. And diplomacy will not deter Iran’s drive for nuclear weapons or stop the spread of its brand of terrorism. Islamist jihadism has received a massive boost and its war on the West will expand. Try as the last three administrations have to escape, the Middle East, it will drag us back. A partial way forward is to very carefully limit the ground military presence and establish firebreaks between low – risk train and equip and more hands-on advise and assist deployments. But it will take more competence and courage than American leaders have recently demonstrated to avoid a continuing slide into repeated catastrophe.

Finally, there has opened a dangerous gap between the senior leadership of the American armed forces and the American public. For decades the armed forces have been the most revered institution in American society and the individual trooper will remain so. Senior leadership needs to look deep within itself and thread the needle between the legitimate requirements of civilian supremacy and the go – along culture of too easy acquiescence resulting in complicity with a debacle.