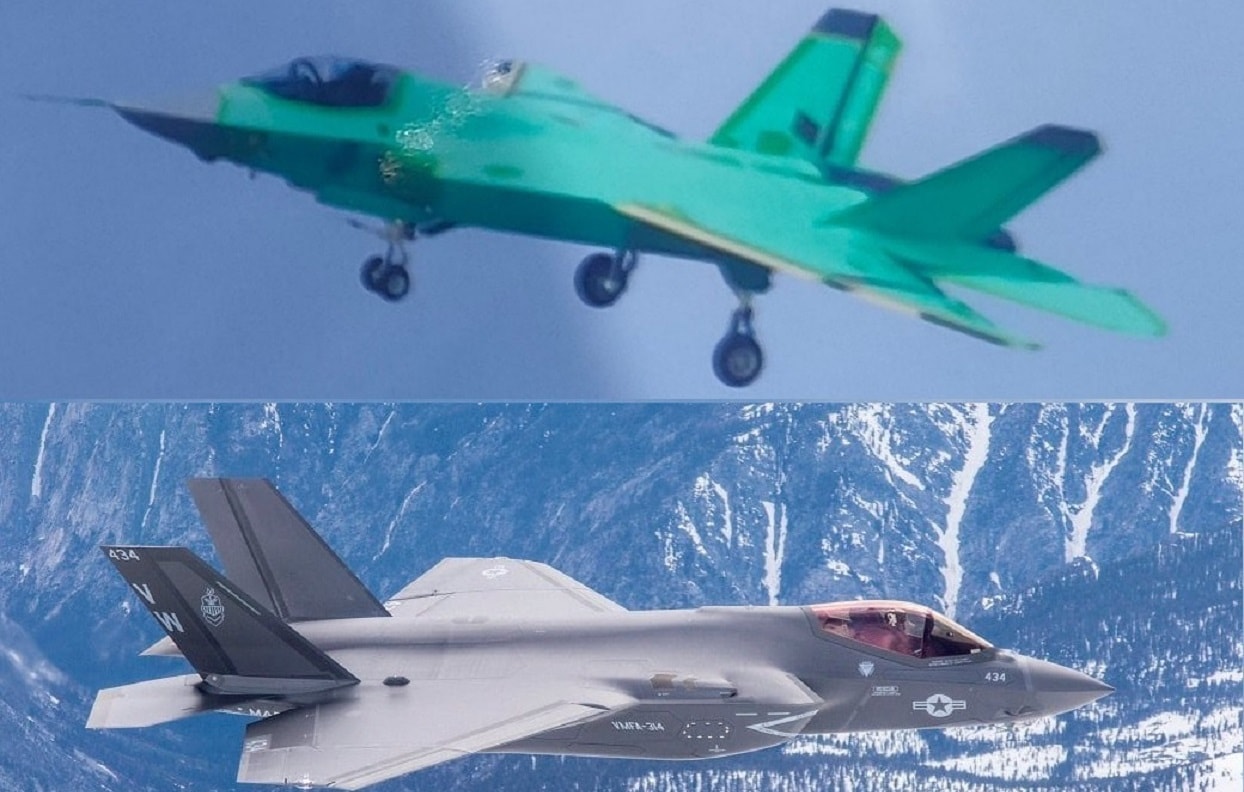 An image of the new carrier-borne Chinese fighter has the Western military analysts taking notice. This fifth-generation J-35 warplane has stealth characteristics, plus it looks somewhat like an American F-35. The recent photo posted to Chinese social media appears to show the J-35 taking off. This would be the first known flight of the J-35. The Chinese plan to make the airplane a mainstay on their new Type-003 aircraft carrier.

The radar-evading J-35 is based on the FC-31 platform. The People’s Liberation Army Navy (PLAN) aims to allow the J-35 to take off and land on an aircraft carrier. This would be launched from a flat-deck catapult as opposed to the “ski-jump” technique used by the other aircraft carriers in the PLAN fleet.

Some characteristics of the J-35 are based on a Chinese cyber intrusion that seems to have stolen plans from the American F-35 program. The Chinese are believed to develop the J-35 somewhat quickly as they reportedly worked on the airplane throughout the Covid pandemic. The twin-engine J-35 has a longer fuselage to lower its radar cross-section. It also has two engines to better allow it take off from carriers.

J-35 and the Chinese Dream of a Blue Water Navy

The Chinese have the intention of creating a blue water navy that could operate beyond the first island chain and even into the Indian Ocean. The PLAN has the biggest navy in the world with 400 ships and submarines, although the United States has nuclear-powered carriers and subs, which changes the balance. The U.S. Navy currently has 296 ships and submarines. In terms of ship building, the Chinese maritime industry is amazingly productive. New vessels just keep appearing. Carrier-borne fighters would allow the PLAN to project power over its territorial claims to various rocks and reefs in the East and South China Seas.

The PLAN seems to be copying the airplanes of the U.S. Navy, or at least drawing a lot of inspiration from them, to say the least. The Xian KJ-600, which is an airborne early warning/ command and control aircraft, was spotted earlier this year. China hopes this can be regularly launched from a carrier and is the PLAN’s answer to the American E-2C Hawkeye. The next likely step would be the Chinese developing its J-16D electronic warfare plane with the capability to launch off carriers. This aircraft is comparable to the American EA-18G Growler.

Sure, China Has the Planes, but Can Chinese Aviators Fight?

Yes, China is building world-class aircraft like the J-35. However, Beijing clearly lacks the experience to utilize such planes effectively in wartime operations.

One can dream up many real-world examples. Are PLAN pilots ready for carrier-borne warfare? Landing and arresting an airplane on a carrier is one of the most difficult things to accomplish in aviation – especially at night.

The Chinese also have no combat experience in which they have expertise in launching sortie after sortie at high operational tempo. But PLAN aviators are getting valuable knowledge on the Liaoning and Shandong carriers to get them ready for catapult operations on the modern Type 003. The new carrier means that the U.S. Navy will likely have to deploy one carrier strike group at all times in East Asia. This could make the navy overstretched, especially since American carriers require a lot of maintenance. But these carrier-borne aircraft are a significant and transformative accomplishment for the PLAN. The Americans will be following the further development of these airplanes closely.