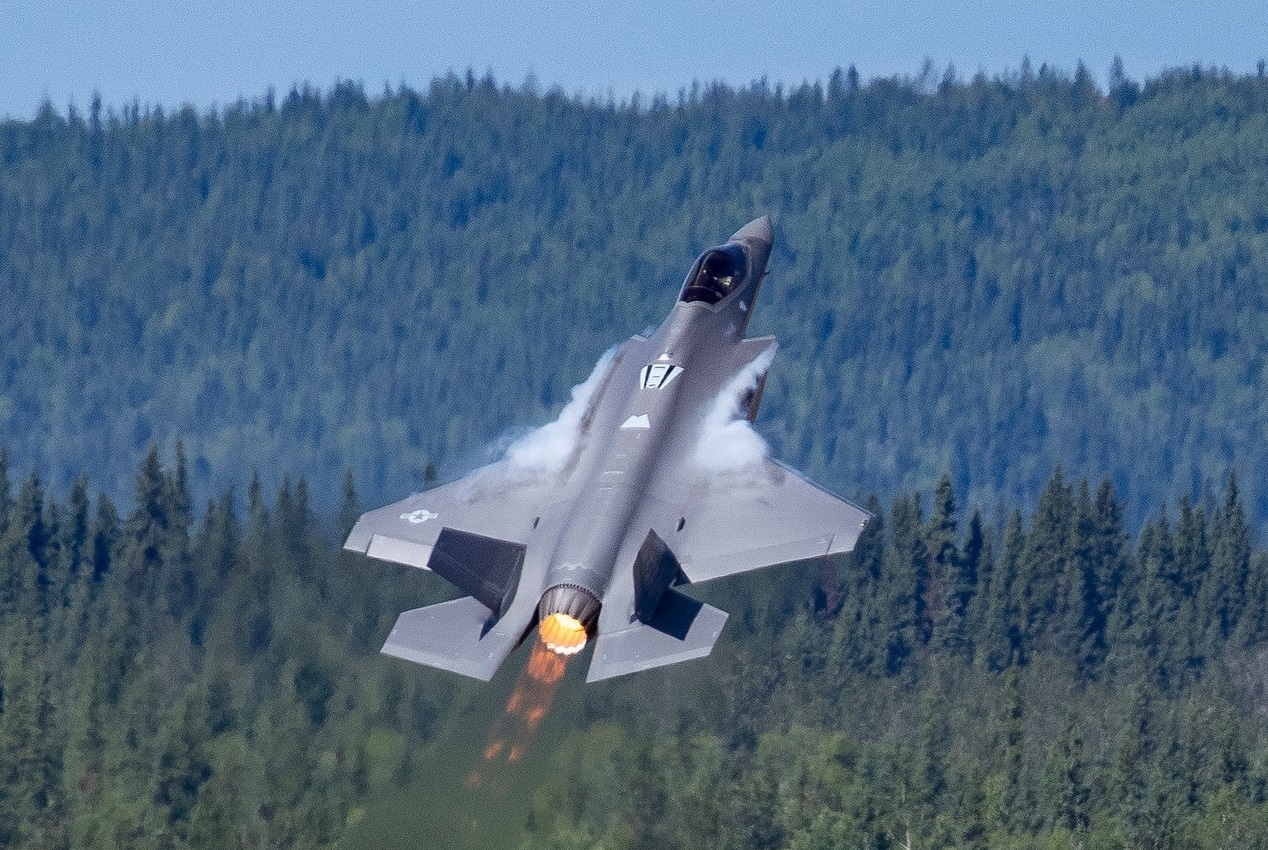 The state-of-the-art Lockheed Martin F-35 Joint Strike Fighter program continues to have critics on Capitol Hill, as Senate appropriators have noted concerns about the maintenance challenges while questioning the need to buy more of the fifth-generation combat aircraft. However, even as the country remains so deeply divided on a number of high-profile issues, there was a true sign of unity this week, as 90 members of Congress wrote a letter to President Joe Biden and urged the administration to direct the Department of Defense (DoD) to increase its investment in F-35 aircraft production and sustainment efforts.

Not Stealth: A Strong Show of Support for the F-35

“We agree with Air Force Chief of Staff General Charles Q. Brown that, the F-35 is ‘the cornerstone of our fighter fleet, and it will be for the foreseeable future.’ The F-35 is also an unrivaled national asset that strengthens national security, enhances global partnerships, and powers economic growth across our communities,” the bipartisan letter read.

The U.S. lawmakers noted that the Lockheed Martin F-35 Lightning II is the only fifth-generation aircraft in production and that the program supports more than 254,000 jobs and 1,800 suppliers nationwide in a high-tech American workforce.

“Our adversaries continue to advance surface-to-air missile systems and develop their own stealth fighters at an astonishing pace. Meanwhile, the average age of the U.S. Air Force fighter fleet is approaching 30 years and the cost to operate and support these legacy aircraft continues to rise. The U.S. must modernize our fighter inventory to ensure we can sustain a strong national defense and maintain an advantage to counter the pacing threat – China,” the letter added.

The lawmakers also warned that the F-35, which is currently in service with the United States Air Force, Navy and Marine Corps, remains the only fighter in production that can be produced in the numbers required to revitalize the nation’s aging fighter force.

“It is our duty as Americans to ensure that those men and women who protect our freedoms have the best equipment, we can provide to ensure each mission brings them safely back home,” the lawmakers explained.

The lawmakers also noted the program has become both more affordable and more capable than any other combat aircraft proposed in the DoD budget.

“It is disappointing that year after year DoD continues to flat-line F-35 production investments, defer needed readiness funding, and underfund advanced capabilities for this critical fleet. This is one of the reasons Congress has consistently supported additional investment in the program,” the lawmakers also noted.

The fact that the lawmakers came together in a sign of unity is notable.

“It is very notable,” explained John “JV” Venable, a senior research fellow for defense policy at The Heritage Foundation. “One of the crazy things about this dilemma today is that if you were to approach China or Russia and ask them if they’re afraid of the F-15 or even the A-10, they’d say no, they were not. But if you were to ask them about the F-35, they would say yes.”

Currently, neither Beijing nor Moscow has introduced as capable of an aircraft as the F-35, and as both countries are focused on matching the United States, the Lightning II still provides the U.S. military with a significant advantage.

“The fact that the lawmakers – at least 90 of them – were to come together shows that some in D.C. understand the significance of this aircraft and that they understand its capabilities in being able to take out an adversaries defense capabilities in a way that a fourth-generation aircraft cannot,” Venable told this reporter in a phone interview.

The F-35 Is Truly a Cost-Effective Aircraft

The primary concern of the F-35 has actually remained its cost – and while it is true that the program is costly, it is equally true that an alternative option really wouldn’t save any money, and would not be anywhere near as capable against potential adversaries like China and Russia.

“Right now we see pressure from other defense contractors, and as a result, the Navy is being forced to take on new F/A-18s they don’t want,” warned Venable. “The F-15E/X is also being pushed on the DoD, and what some in D.C. can’t see is that it will cost more upfront and in sustainment costs, and it lacks the capabilities of the F-35. Right now it will cost at least 30 percent more to buy and support a fourth-generation fighter. So for those in the House of Representatives to understand that fact, and put this in the spotlight is really important.”