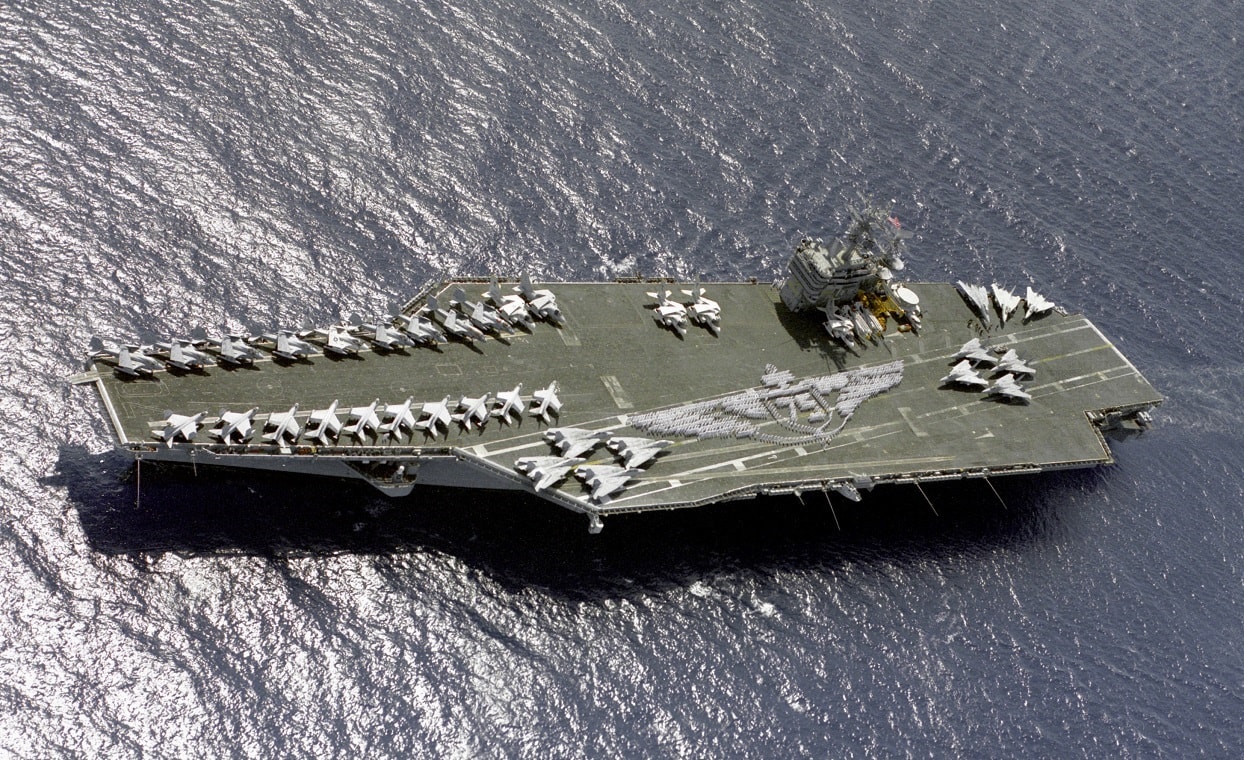 ANNUALEX, a quick explanation: The U.S. Navy fleet responsible for the strategic Indo-Pacific region is set to conduct a large-scale exercise with several other nations while at the same time challenging Chinese claims to Taiwan.

The U.S. 7th Fleet has sent a carrier strike group to join four other navies in the ANNUALEX multilateral, multinational exercises that will be taking place in the Philippine Sea until November 30.

The American contribution to the exercises includes the aircraft carrier USS Carl Vinson and its carrier group that consists of the USS Lake Champlain, a Ticonderoga-class guided-missile cruiser, USS Stockdale, an Arleigh Burke-class guided-missile destroyer, and the USNS Rappahannock and USNS John Ericsson a Henry J. Kaiser-class Fleet replenishment ships.

“The U.S. Navy is honored to be invited to participate once again ANNUALEX presents an opportunity to strategically coordinate, collaborate and further strengthen our network of partnerships and alliances, enabling us to remain a flexible, adaptable and persistent combined force capable of quickly projecting power, where and when needed,” Rear Admiral Dan Martin, the commanding officer of Carrier Strike Group (CSG) 1, said in a press release.

In addition to the old hands, the exercise has some new—rather unexpected—faces. The German Navy deployed a frigate in the region that will now take part in the training event.

“Being the first German warship in nearly two decades to sail these seas, it is an enormous honor of having the opportunity to exercise with our partner navies within such an impressive maritime force,” Commander Tilo Kalski, the commanding officer of the German warship, said. “After having conducted many training exercises over the last months with different navies, I hope that the [FGS] Bayern can also contribute to the overarching goal of this exercise to strengthen the multinational interoperability and mutual understanding.”

Australia is a key U.S. ally in the region and a frequent participant in joint exercises. Indeed, Australia is a pillar of stability and a most valuable partner to the U.S. in containing Chinese aggression in the Indo-Pacific. The superb relationship between Canberra and Washington was recently reaffirmed by the signing of the AUKUS pact, which will see the transfer of nuclear submarine technology to Australia for the construction of nuclear submarines.

“The Royal Australian Navy has enjoyed multiple opportunities throughout this year to work with Canada, Japan, Germany, and the United States, building our navy-to-navy skills and forging professional ties. This robust program of engagement has prepared us well for ANNUALEX as a test of our interoperability,” Commander Aaron Cox, the commanding officer of the HMAS Brisbane, a Hobart-class destroyer, said.

In Support of Taiwan

While the exercise is about to commence, a U.S. destroyer transited the Taiwan Strait on Tuesday in a show of force and commitment to international law and an open Indo-Pacific.

A Navy press release stated that the “Arleigh Burke-class guided-missile destroyer USS Milius (DDG 69) conducted a routine Taiwan Strait transit,” demonstrating the U.S.’ commitment to a free and open Indo-Pacific region, adding that the U.S. military can operate anywhere in the world that international law allows.

Although the U.S. holds a position of strategic ambiguity with respect to Taiwan, it has deployed some troops on the island to train and advise local forces.