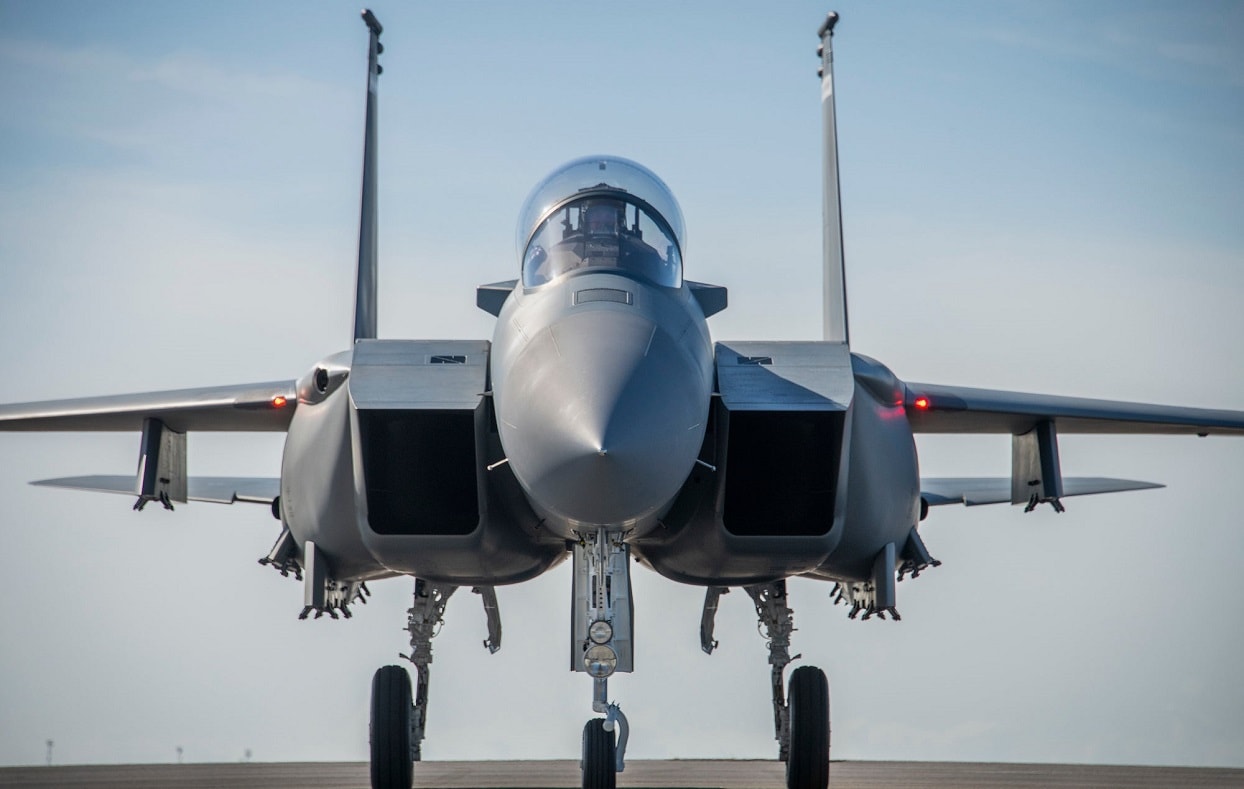 What’s the Better Fighter: F-15QA or the F-15EX? – Qatar just received its own variant of the famed F-15E Strike Eagle called the F-15QA. The new fighter is known as the Ababil, and it has the Qatar Emiri Air Force (QEAF) quite excited, and for good reason. The F-15QA has competition when it comes to F-15E variants. The F-15EX is the fastest fighter in the American fleet with a maximum speed of MACH 2.5. The Air Force likes the F-15EX so much that it is buying 144 of them. Qatar has ordered 36 F-15QAs at $6.2 billion and the first three fighters landed at Al-Udeid airbase near Doha on November 16.

What are the difference between the two? Does one F-15 stack up better than the other?

The F-15QA Stacks Up Favorably Compared to the F-15EX

The F-15QA is similar to the F-15 that was sold to Saudi Arabia. QA stands for “Qatar Advanced.” The Ababil has a fly-by-wire flight control system that results in an improved physical feel for the airplane’s flight characteristics and aerodynamic limits. The F-15QA sports an electronically scanned array radar with all-weather situational awareness. This airplane will replace the old QEAF Dassault Mirage 2000 fleet.

The F-15QA, for all its promise, has lived through a recent flight problem.

In May, an F-15QA had a mishap at MidAmerica St. Louis Airport in Illinois. The airplane has some issues upon landing that forced the crew to eject in an abundance of caution. The pilot and weapon system operators had only minor injuries, but it gave the Qataris pause.

Social media initially claimed it was a “crash,” but the aircraft left the runway under its own power.

The F-15EX Is Loaded Too

Alternatively, the F-15EX has a new cockpit system, better electronic warfare attributes, data fusion capacities, advanced engines, plus the ability to carry almost 30,000 pounds of munitions. The aircraft has an operating ceiling of 70,000 feet and boasts an effective range of more than 1,260 miles.

The F-15EX is also easier to fly and some experts argue costs less to maintain than the F-35 Lightning II. But the F-15EX is expensive per unit cost – ringing in at $90 million apiece.

The Qataris got received a package deal on their F-15QAs. The $6.2 billion includes training. Pilots and weapons system operators go to the United States to learn how to fly the F-15QA. Boeing will create and staff an aircrew and maintenance training center at Al Udeid Air Base in Qatar, which will be in place through 2024.

You Can’t Go Wrong With Either Airplane

Both the United States and Qatar should be happy with their F-15 variants. They are fast and well-armed with the latest in sensors and avionics. The F-15EX is expensive for a fourth-generation fighter and the F-15QA has already had a problem when it landed awkwardly in Illinois earlier this year. Nonetheless, both fighters represent some of the best weapons platforms on the planet today and both should serve their air forces well in the future.