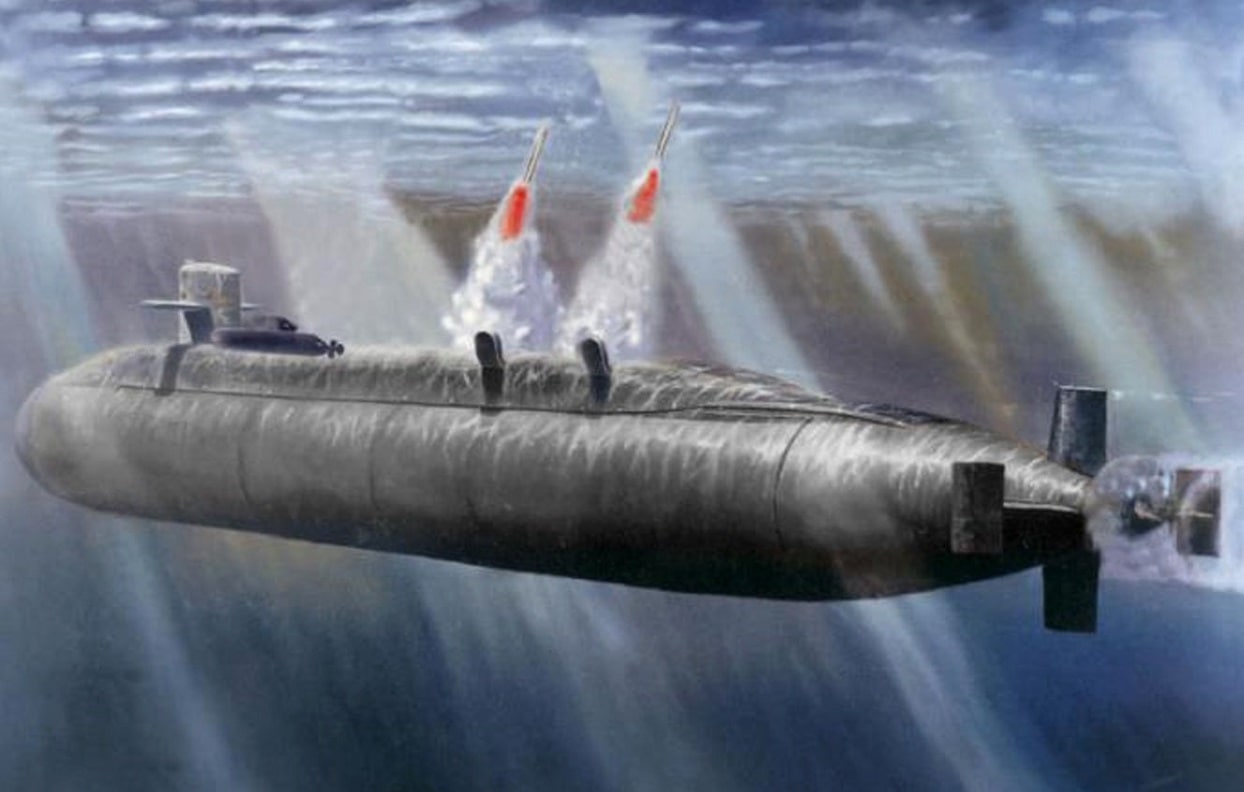 Every now and again the idea that ultramodern technology will someday render the oceans and seas transparent—and expose submarine fleets to detection, tracking, and targeting—comes into vogue. I’ve dabbled in this commentary a time or two myself. Attempting some foresight is worthwhile even though none of us can do better than gaze through a glass darkly into the future.

A recent variant of that idea holds that cheap, ubiquitous, networked undersea craft plying the depths in conjunction with sensors strewn about the seafloor could hunt down subs—even if the laws of physics continue, more or less, to confound efforts to peer into the brine. Now, this is plausible. Dave Makichuk has the latest over at Asia Times, reporting on expert opinion prophesying that swarms of unmanned underwater vehicles (UUVs) may cost submarines their “stealthy edge” by midcentury.

Almost as worrisome, the latest trends in anti-submarine warfare threaten to further erase the boundary between peacetime and wartime seafaring. Makichuk notes that even ostensibly civilian craft such as fishing trawlers could operate anti-submarine swarms. If a hostile force stuck at a drone mothership that looked like a commercial ship innocently plying its trade, the onus would fall on that force’s commanders to justify their apparent lawlessness. The aggressor could portray itself as the aggrieved. In short, gray-zone operations—paramilitary or nonmilitary ships doing militarily relevant things—are coming to the netherworld beneath the waves.

Leaving aside the gray-zone dimension for another day, my take on these developments goes something like this: undersea combat will come to resemble air combat in important ways. The ocean depths and the atmosphere are both three-dimensional realms, affording submariners and aviators freedom to maneuver. That’s intrinsic to the subsurface and aerial domains. But water is a forbidding medium by contrast with air. It distorts or blocks emissions of all kinds. Variations in temperature, pressure, and salinity have a way of bending sound in perverse ways, obscuring a boat’s whereabouts, or creating layers within the water column that mask its presence altogether.

If some combination of new technologies and operating methods makes the sea a medium more hospitable to sensors, though, sub crews will have to alter their tactics, techniques, and procedures—perhaps radically—to survive and thrive. They should study air warfare among other things. Airmen have to cope with a variety of sensors, from radar, to infrared search and track systems that seek out heat signatures, to electronic-warfare detectors and countermeasures of all sorts. UUV swarms could represent a partial counterpart to the dense array of anti-air sensors fielded by modern combatants.

If this all comes to pass, the implications for strategy, tactics, and submarine design could be profound. With regard to maritime strategy, it seems doubtful that navies will scatter UUVs and kindred devices throughout all of the seven seas. That’s a vast volume of water to monitor. Newfangled technologies won’t be that ubiquitous or that cheap, while a worldwide network of sensors would presumably be unwieldy to manage even if affordable. Sub hunters will be more selective, sowing fields of networked sensors at key nautical nodes such as the approaches to an antagonist’s seaports, or at “focal areas” such as straits or other narrow passages where shipping must converge to cross from one body of water to another.

If so, getting safely from home port to relatively safe operating grounds such as the Central Pacific could pose a stiff challenge. For example, it might be necessary to assign escorts to nuclear-powered ballistic-missile submarines (SSBNs). Attack submarines, possibly operating in concert with unmanned swarms of their own and with surface and airborne anti-submarine forces, would fight off hostile craft and clear a temporary corridor to the high seas—much as bombers may need fighter escorts to traverse heavily contested airspace. The same would be necessary in reverse when returning to port from patrol.

No longer could SSBNs simply get underway and vanish into the depths, as has been common practice since the dawn of the atomic age.

Tactics, too, could undergo wrenching change. Submariners craving entry into contested zones might have to resort to active measures to suppress fields of enemy sensors and UUVs rather than assume they can slip into these zones unnoticed. Here again, the silent service would profit from studying air-warfare tactics for suppression of enemy air defenses, offensive counterair, and the like. Submariners should no longer assume deep water is theirs to command. It is no one’s preserve—just as no one rules the sky for long in peer-on-peer conflict absent hard fighting.

Aviators’ past and present could be submariners’ future. Submarine-force overseers should essay some foresight of their own now, thinking ahead about how to adapt the culture within the force to an operating environment where concealment is far from a sure thing. A cultural revolution within the service could mean inculcating traits in officers and enlisted sailors that are more reminiscent of fighter pilots than of submariners of old.

And lastly, ship design. Despite occasional hooplah, chances are the sea will not become completely transparent anytime soon. Nevertheless, technological advances may compel subs to rely on a mix of active and passive measures rather than depend solely on passive defenses—quieting to evade acoustic detection, in other words. If so, they will come to resemble stealth warplanes. Stealth is helpful; it is not an invisibility cloak. As air defenses have advanced, aircraft designers have taken to outfitting stealth jets like the F-35 joint strike fighter with elaborate electronic-warfare suites to help them elude detection or fend off assault.

Are these developments cause for despair? No. The U.S. Navy clearly has some learning and reequipping to do in order to cope with this brave new world. But what works for the Chinas and Russias of the world could work even better for the United States. Look at your map. American ships of war enjoy free access to the Atlantic and Pacific high seas by contrast with Chinese ships trying to make their way into the Western Pacific or Russian vessels bound for the Atlantic, Pacific, or Arctic oceans. American weaponeers can fashion UUV swarms of their own to compound opponents’ access dilemma—much as they rigged a sensor array across the Greenland-Iceland-U.K. gap to detect Soviet subs during the Cold War.

The coming age of great-power strategic competition promises to be stressful, including for mariners who prowl the deep. The end times are not nigh.