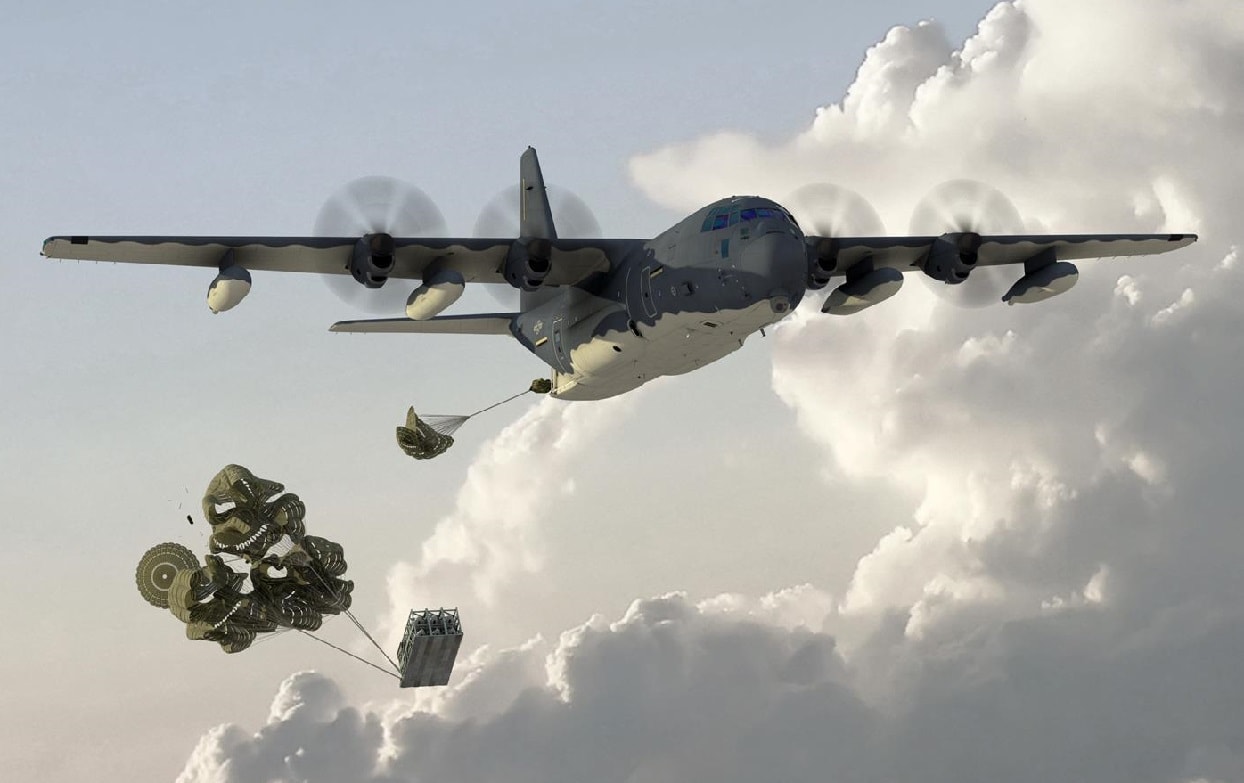 The United States Air Force Strategic Development Planning and Experimentation (SDPE) office announced that it had completed the most recent flight demonstration of the Rapid Dragon program earlier this month from an MC-130J aircraft. The test, which was conducted at the White Sands Missile Range on November 3, successfully demonstrated the deployment of a production long-range cruise missile separation test vehicle (STV) – a cruise missile without an engine and warhead – from a palletized weapons system.

The goal of the Rapid Dragon program has been to explore the feasibility and operational advantages of airdropping long-range palletized munitions from existing airlift platforms, such as the C-130 and C-17, without aircraft modifications. The multi-phase program has brought together nearly 30 stakeholders from across the Department of Defense (DoD), Air Force Major Commands, Test and Evaluation enterprise and program offices, as well as industry to develop and demonstrate the capability through modeling, simulation, analysis, demonstration and flight tests.

Rapid Dragon was first established in December 2019 and sought to achieve powered flight within 24 months. Two previous tests were conducted in July to assess the operational utility of delivering long-range strike weapons en masse from the military cargo aircraft.

During the most recent flight test on November 3, while on en route to the White Sands Missile Range drop zone the aircraft’s crew employed a beyond-line-of-sight (BLOS) command and control node to receive new targeting data for the onboard Battle Management System (BMS), which was able to upload the targeting data to the palletized weapon. The aircraft agnostic BMS’s in-flight receipt and upload of the new targeting data into the STV was a first-time achievement; all previous BLOS retargeting demonstrations used a cruise missile emulator.

At White Sands Missile Range, the MC-130J airdropped the four-cell Rapid Dragon deployment system containing the STV as well as three mass simulants, which sequentially released from the palletized system. Seconds after release, the STV successfully deployed its wings and tail, achieved aerodynamic control, and began a pull-up maneuver as it glided toward its new target.

The November 3 test will further inform potential design refinement and accelerate the maturation of these systems for further experimentation and rapid fielding, while a follow-on program will next look at expanding the Rapid Dragon portfolio to include additional weapon systems and multiple effects capabilities.

If successful, this could lead to a “roll-on, roll-off” system that greatly transforms mobility aircraft into lethal strike platforms and could allow the transport aircraft to augment the strike capacity of tactical fighters and strategic bombers. Using a transport’s cargo roller system, these “palletized” missiles could be dropped out of the cargo area in much the same way as other heavy cargo can be launched from the rear of transport planes.

The retargeting methodology used has been seen as transferrable to other strike and cargo platforms, potentially increasing lethality of all long range cruise missiles strike assets.