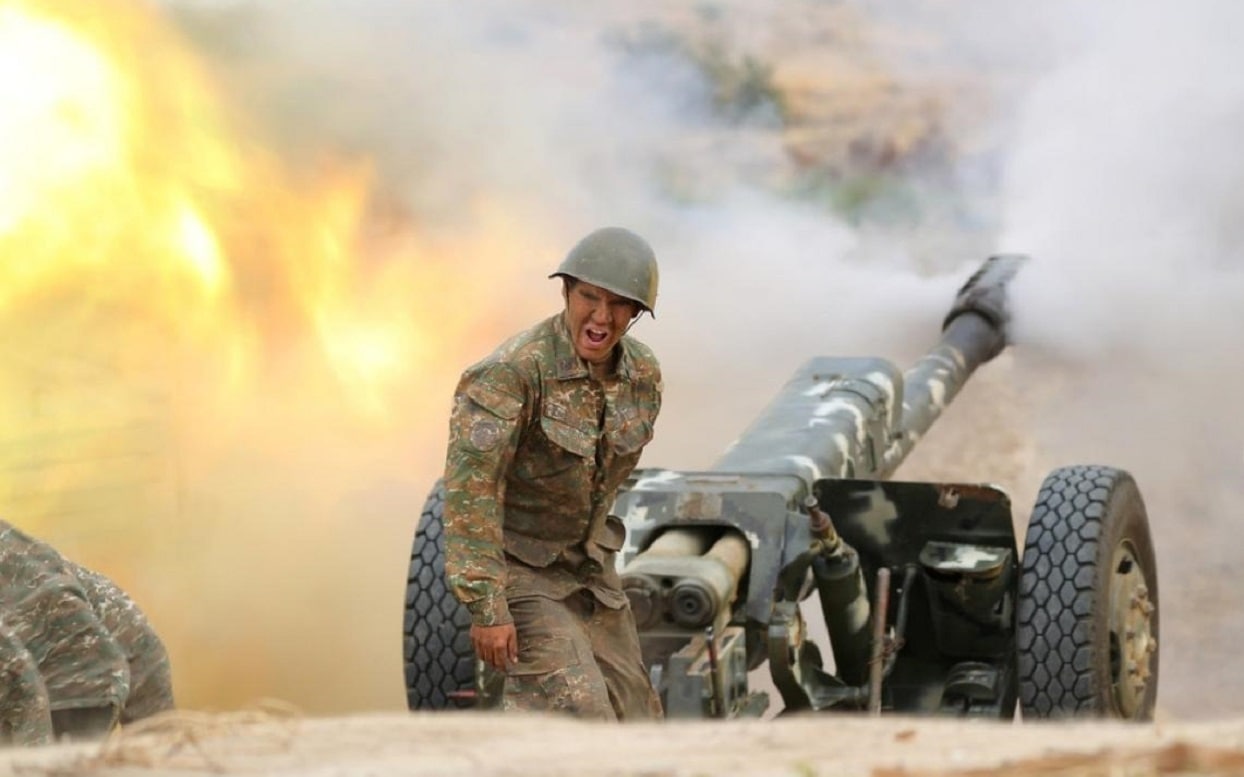 Today marks the first anniversary of the victory of Azerbaijan, Turkey, and mercenary Syrian Jihadis in the 44-day Second Nagorno-Karabakh War. The war was a disaster for both Armenia and the Armenian-populated, internationally unrecognized state of Artsakh which lost half its territory.

To hear the declarations of Azerbaijani leader Ilham Aliyev, Karabakh has been the most important issue facing Azerbaijan. Azerbaijanis mark November 8 as “Victory Day” in the “Patriotic War,” a name that has upset Russians who complain online that the Azerbaijani name purposely erodes the sanctity of the Russia’s commemoration of the “Great Patriotic War,” as they often refer to World War II. Aliyev opened a theme park reminiscent of the monuments built by Saddam Hussein. Azerbaijani online trolls and those seeking Aliyev’s favor also embrace the narrative that Karabakh is an integral part of Azerbaijan culturally and geographically. Too often, such statements become exclusionary in nature marked by the denial of the centuries-long Armenian attachment to the territory.

That Armenian cultural attachment to Nagorno-Karabakh is without question, despite efforts by Azeri and Turkish militants to erase vestiges of the Armenian presence in territories they control, in Nagorno-Karabakh and other regions throughout the South Caucasus. Certainly, there is blame to go around; Armenians did little to preserve Azerbaijani cites evacuated during the most recent period of Armenian control. But, there is a huge difference between neglect and deliberate destruction as seen in the destruction of the Armenian cemetery in Julfa, in the Azerbaijani enclave of Nakhchivan, or in Armenian churches in Shushi.

In the year since the Azerbaijani conquests, Aliyev has contracted construction companies affiliated with Turkish leader Recep Tayyip Erdoğan to build highways and other infrastructure in Azerbaijani-controlled portions of Nagorno-Karabakh and, especially, the mountaintop fortress city of Shushi/Shusha (the former being the Armenian name and the latter its  Azerbaijani name). These construction contracts have essentially been large payoffs to Erdoğan personally for his military role. Azerbaijani and state-controlled Turkish media and Aliyev’s paid online army, meanwhile, have highlighted homecomings for Azeris who the first Nagorno-Karabakh war had displaced.

The question remains open, however, whether Aliyev’s bombast aside, Azeris are as aligned to Aliyev’s territorial ambitions or as attached to Karabakh as their dictator insists. Aliyev family rule has impoverished Azerbaijan. According to World Bank data, Azerbaijan’s per capita income is slightly less than that of neighboring Armenia and Georgia. Because Azerbaijan’s ruling family are billionaires several times over, they actually skew the data. In reality, the average Azeri is far poorer than their Armenian and Georgian counterparts. Many Azeris, including those who had been displaced from Karabakh and who, theoretically, should have the greatest desire to return settled over the decades in and around Baku, Azerbaijan’s capital and the center of its economy. Even with Turkey and Azerbaijan’s post-war infrastructure investment in Karbakhi towns, few Azeris seem inclined to return. This, in turn, has led the Aliyev regime to threaten to cut off their benefits in order to compel their return.

Herein lies the irony: While Aliyev invokes his conquest of Nagorno-Karabakh as a great victory, the Azeris who come from the region and in whose names Aliyev has acted are far more ambivalent. In effect, they vote with their feet. Aliyev may claim broad popular affirmation, but for Azeris with some roots in Karbakh, patriotism is subordinate to the reality of Aliyev’s corruption and economic mismanagement.

Efforts to erase Armenian heritage are cynical, and Azerbaijan’s claims and attacks on precedent erode its legal case: First, when Azerbaijan reasserted its 1991 independence, it based its claims on its pre-Soviet statehood prior to Josef Stalin’s gifting to Azerbaijan of Nagorno-Karabakh. Secondly, Aliyev’s recent claims to the Zangezur corridor because of pre-Soviet Azeri presence affirm Armenia’s arguments for the justice of its control over Nagorno-Karabakh.

The biggest item undermining Azerbaijan’s ultimate claims to sovereignty over Nagorno-Karabakh, however, might be that despite acting in their names, Azeris tracing their roots to the region seem less doctrinaire than the dictator who has for decades used the Karabakh issue to distract from his own economic mismanagement.