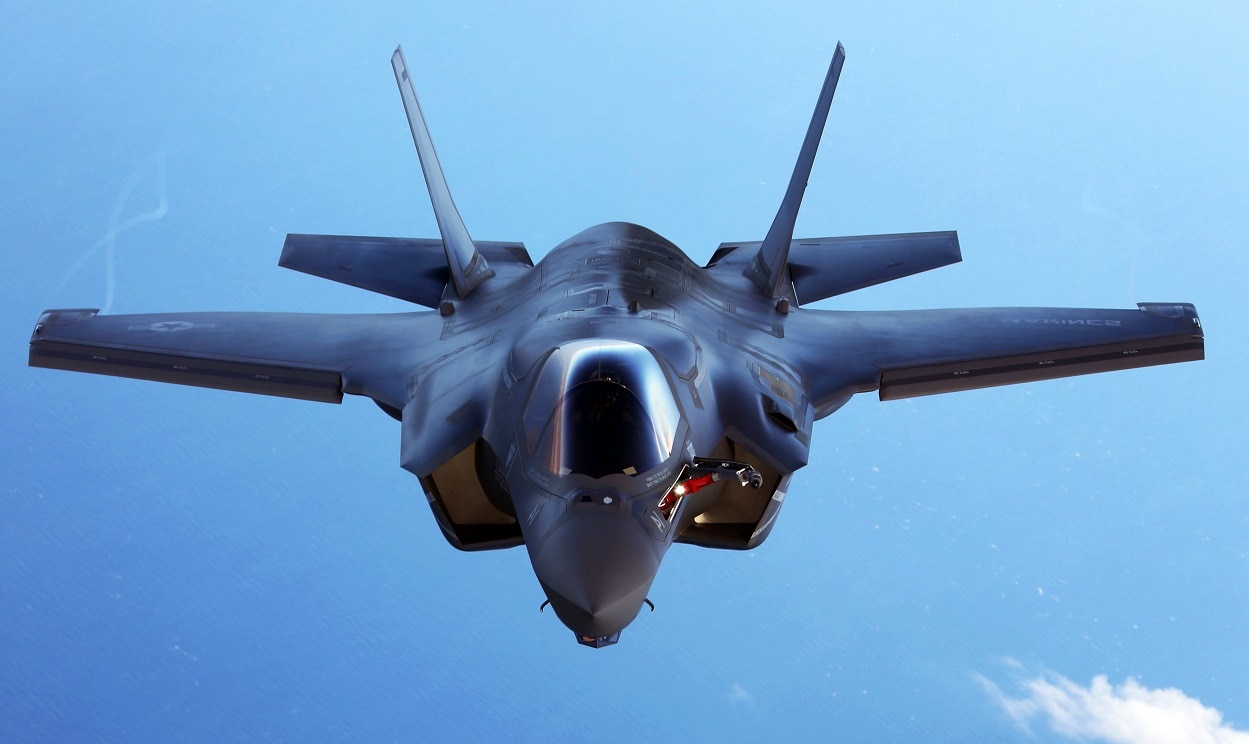 In the long term, the Chinese military is the primary adversary of the U.S. armed forces. A conflict with a near-peer enemy would be a lot different than the past two decades of counterinsurgency. Then, to meet the demands of the wars in Afghanistan, Iraq, and Syria, the Pentagon had to let some skills atrophy. And now, the U.S. military is playing catch up.

How to Sink Enemy Ships

This Month, Marine Corps and Navy fighter jets and support aircraft assigned to the Indo-Pacific area of operations conducted a series of simulated strikes against naval targets. Targeting and striking enemy warships, with their potent anti-aircraft defenses, is a wholly different experience than dropping bombs on terrorists and insurgents in an air superiority environment.

Aircraft from the 1st Marine Aircraft Wing and the U.S. Navy’s 7th Fleet performed a joint rehearsal of tactics and simulated strikes against naval targets near Okinawa, Japan.

“This training offered a vital opportunity to practice lethal maritime actions with elements of the Navy and Marine Corps operating against a peer adversary,” Lieutenant Colonel Jeremy Siegel, the operations officer of the 1st Marine Aircraft Wing, said in a press release.

“This was extremely valuable because it allowed us to further refine our tactics, techniques, and procedures for carrying out joint maritime strikes and it also provided us the opportunity to practice command and control of a diverse organizational structure. Through events like these, we are able to establish a repeatable framework that can be applied to similar actions in the future,” Lt. Col. Siege, who was also the lead planer for the exercise, added.

“The U.S. Navy is committed to a consistent forward presence in the Indo-Pacific region. As part of the larger U.S. Joint Force and alongside our allies and partners, our strategy is simple – develop and maintain warfighting capabilities, readiness, and sustainment necessary to guarantee freedom in the maritime domain. We train and rehearse so that, if necessary, we can act in the global community’s interest in upholding the rules-based international order that has ensured the sovereignty and prosperity of all nations,” Rear Admiral Dan Martin, the commanding officer of Carrier Strike Group One, said.

The 7th Fleet is the Navy’s dedicated Indo-Pacific command and the largest forward-deployed fleet in the U.S. military. The 7th Fleet commands between 50 to 70 surface warships and submarines, including nuclear-powered aircraft carriers and attack submarines. Because of its area of responsibility and the countries in it, the command is probably the most important in the Navy.

Carrier Strike Group (CSG) 1 has been conducting intense training in the Indo-Pacific, participating in several multinational exercises in the region. It is composed of the USS Carl Vinson, the USS Lake Champlain, Ticonderoga-class guided-missile cruiser, and USS Stockdale, an Arleigh Burke-class guided-missile destroyer, in addition to replenishment vessels.

In this article:7th Fleet, Navy, Sink China's Navy, US Marines, US Navy