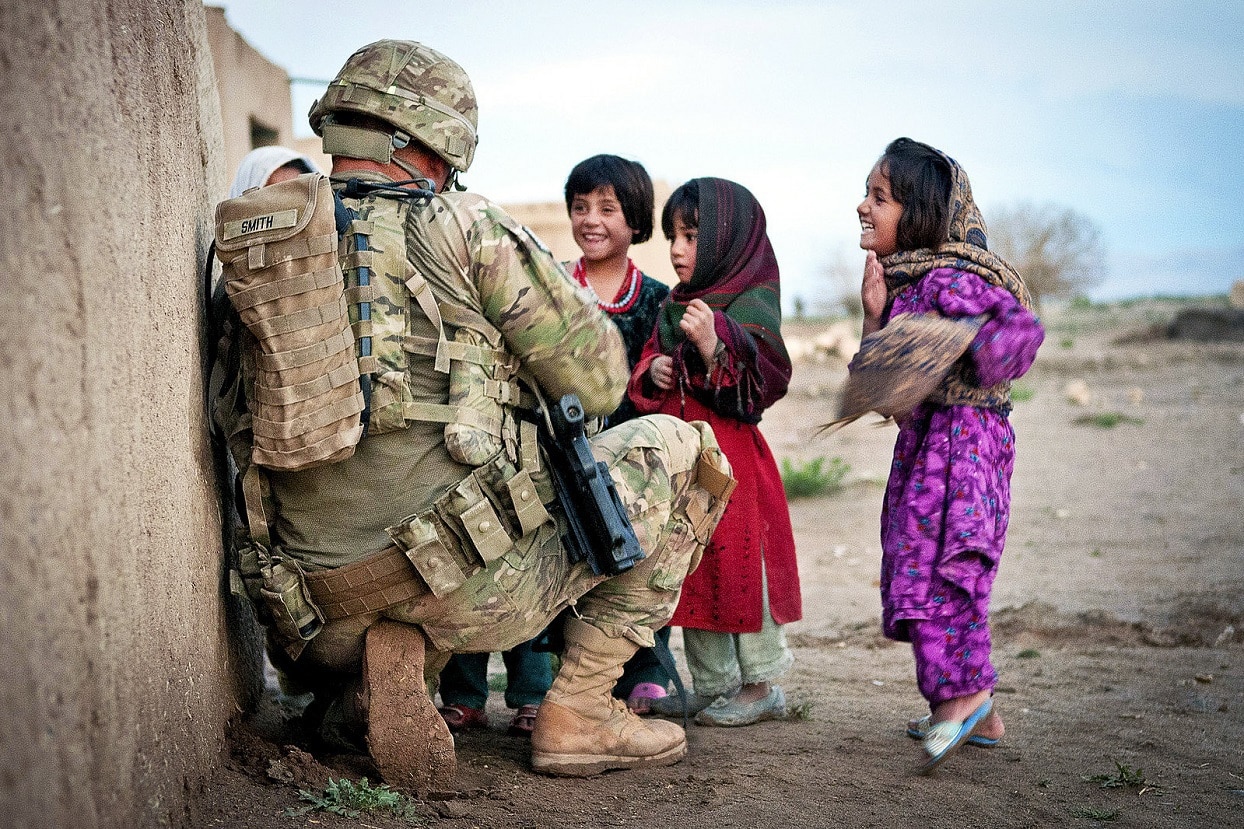 As we reflect on American military history on this Veterans Day we can draw a simple parallel between our attempts at peace with honor in both Vietnam and Afghanistan. The chaotic and tragic end to both wars has much in common. However, a major difference is that there was no “decent interval” between the declaration of the end of the war and the collapse of the military and government in Afghanistan. We are still seeing the effects play out in Afghanistan. What is most heartbreaking is that so many were left behind in both countries who suffered at the hands of despotic regimes. But what is heartening is that great efforts were and are being made by veterans to evacuate people in the hope of giving them a better life.

A major difference between Vietnam and Afghanistan is the treatment of veterans at the end of war. Vietnam veterans were treated in despicable ways by Americans from being spit on to being called baby killers. Since then a “thank you for your service culture” has arisen that has all but eliminated public displays of disdain and disrespect. On the other hand, what remains a common trait of veterans of both wars is their desire to help those left behind. Talk to both a Vietnam and Afghan veteran and they will tell you about their service with their allies and the relationships they built through their experiences fighting a common enemy and their desire to ensure the safety and well-being of those they fought with and fought for.

As Americans, we have a collective guilt over the way our Vietnam veterans were treated. Thanking veterans for their service today does not absolve us of our guilt and we can never wash away the national stain of such treatment. However, we can honor and remember those Vietnam veterans by contributing to the veteran effort that is taking place today to help at-risk Afghans. Vietnam veterans are again doing what they did in the 1970s and helping their fellow veterans from Afghanistan to aid, evacuate, and integrate refugees who are at great risk. Any American who wishes to honor veterans of Vietnam can make a difference today and contribute to the various organizations that are helping Afghan refugees.

Americans might wonder why we should help refugees. Here are three examples of refugees from conflicts who have gone on to become great Americans and have given back to America in ways most of us could not.

Sergeant Major El Sar is now the Command Chaplain Sergeant Major for the U.S. Army Japan. He and his family escaped from Cambodia after surviving the Killings Fields and refugee camps in Cambodia and Thailand. He has served the U.S. around the world including multiple assignments in support of ministering to Special Forces troops in three Special Forces Groups. I had the honor of serving with him in 1st Battalion, 1st Special Forces Group (Airborne) in Okinawa and I know him to be a great American.

At the age of nearly two and three Lan-Dinh and Danielle Ngo experienced the fall of Saigon with their family.  They were among the last to make it to Tan Son Nhat air base for evacuation. Their father served as an officer in the South Vietnamese Army and trained with U.S. Special Forces, but they have never learned what happened to him. Danielle graduated from the University of Massachusetts and was commissioned as an Engineer. Lan-Dinh went to West Point.  Danielle became the first female company commander in a combat engineer battalion directly assigned to a brigade combat team and led troops in combat in Iraq. She is now a Colonel and the executive officer to the U.S Army Inspector General.

Fatima Jaghoori is an Afghan refugee, a former U.S. Army medic who fought in Iraq, a Gold Star wife, and is now a student at Kansas State University. Her father was killed by the Taliban for helping American NGOs escape to Pakistan in the 1990s. Most importantly, today she is a key member of Shona ba Shona, an organization dedicated to helping Afghans escape to safety.  You can listen to her describe her life and work with the 12th Sergeant Major of the Army, Jack Tilley, on his “Your Mission Continues” podcast.  She and fellow veteran and founder of Shona ba Shona, Jason Ghormley, describe their experiences and the work they are doing to help Afghan refugees.

Like refugees before them in Vietnam, Laos, and Cambodia, there are many Afghans who need to be given the opportunity to live in freedom. There are myriad veteran organizations committed to helping refugees just as their Vietnam veteran brothers and sisters did and continue to do today. While we honor today’s veterans, we can honor Vietnam veterans as well by following their example as great Americans to help those who deserve to live with dignity and respect and in freedom. Every American can help.

David Maxwell, a 1945 Contributing Editor, is a member of the board of directors of Shona ba Shona.  He is a retired US Army Special Forces Colonel who has spent more than 20 years in Asia and specializes in North Korea and East Asia Security Affairs and irregular, unconventional. and political warfare. He is the editor of Small Wars Journal and a non-resident senior fellow at the Foundation for Defense of Democracies (FDD). FDD is a Washington, DC-based, nonpartisan research institute focusing on national security and foreign policy.