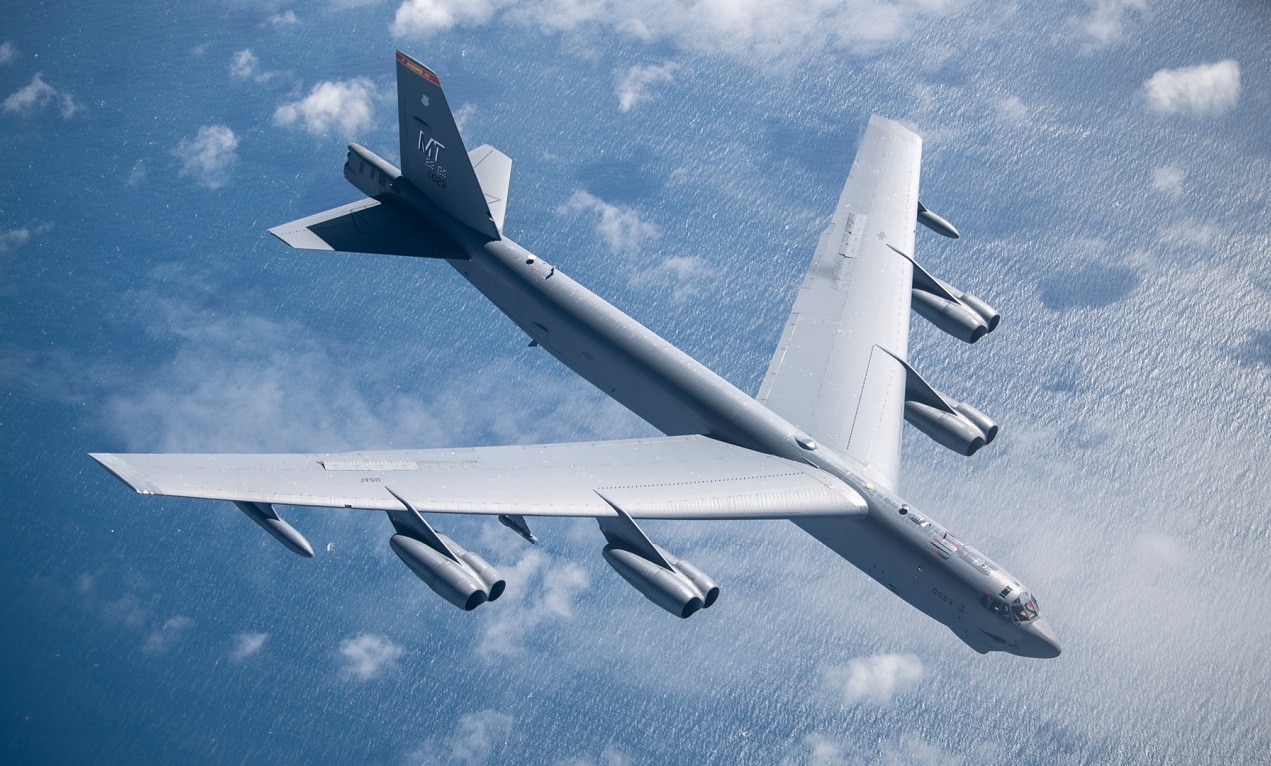 B-52: the 100-Year-Old Bomber? When the last Boeing B-52 Stratofortress is finally retired, which may not be until the 2050s, the United States Air Force bomber could have the distinction of being the longest flying military aircraft in the world.

Only a fraction are still in service, but even today, the Air Force’s fleet includes fifty-eight B-52H bombers in active service, while eighteen more remain in reserve.

Thanks to a steady stream of updates, the bomber will be taking to flying until the 2040s or later. In fact, by the time it retires, the great-grandchildren of the original pilots who first took flight in the B-52 could be behind the controls of the final aircraft to take to the skies.

At the end of last year, the Air Force “resurrected” the aircraft dubbed “Wise Guy” from its “Boneyard” facility at Davis-Monthan Air Force Base (AFB), Arizona. It will replace another B-52 that had been destroyed in a fire in Guam. It was only the second B-52H ever to be returned to duty after being sent to the Boneyard. The first, “Ghost Rider,” was returned to service and sent to Barksdale, AFB, Louisana in 2015.

The aircraft has remained in service even as faster stealth bombers such as the B-2 Spirit entered service, and the reason is simple: the B-52 has a comparatively low operating cost. Moreover, the Rockwell B-1 Lancer and Northrop Grumman B-2 Spirit may be newer aircraft, but they were pushed hard in operations in Iraq and Afghanistan, while the B-52 airframes weren’t pushed to such extremes. That doesn’t mean the B-52 had it easy.

Instead of hip replacements and cataract surgery, the B-52 has received new engines, improved flight controls, and most recently a privacy curtain. It might be hard to believe, but for six decades the aircraft have had to rely on a toilet that was in full view of the crewmates. That could be considered a team-building exercise of sorts, but earlier this year the Air Force opted to address the issue as increasingly mixed crews serve together on long-duration missions. B-52s are routinely deployed from bases in Louisiana and North Dakota to the Middle East, Eastern Europe, and the Pacific as a show of strength.

Given all the other enhancements the bomber has received in recent years, and olive green curtain made of parachute material that is mounted with a bungee cord could seem to be a low-tech upgrade to add some privacy for when the crew must answer nature’s call, but apparently, it works.

Whether it is new engines, new tires, new communications technology, or just a curtain, the Air Force does what it can to maintain the B-52 and to keep the aircraft flying and ensure it is able to accomplish the mission.