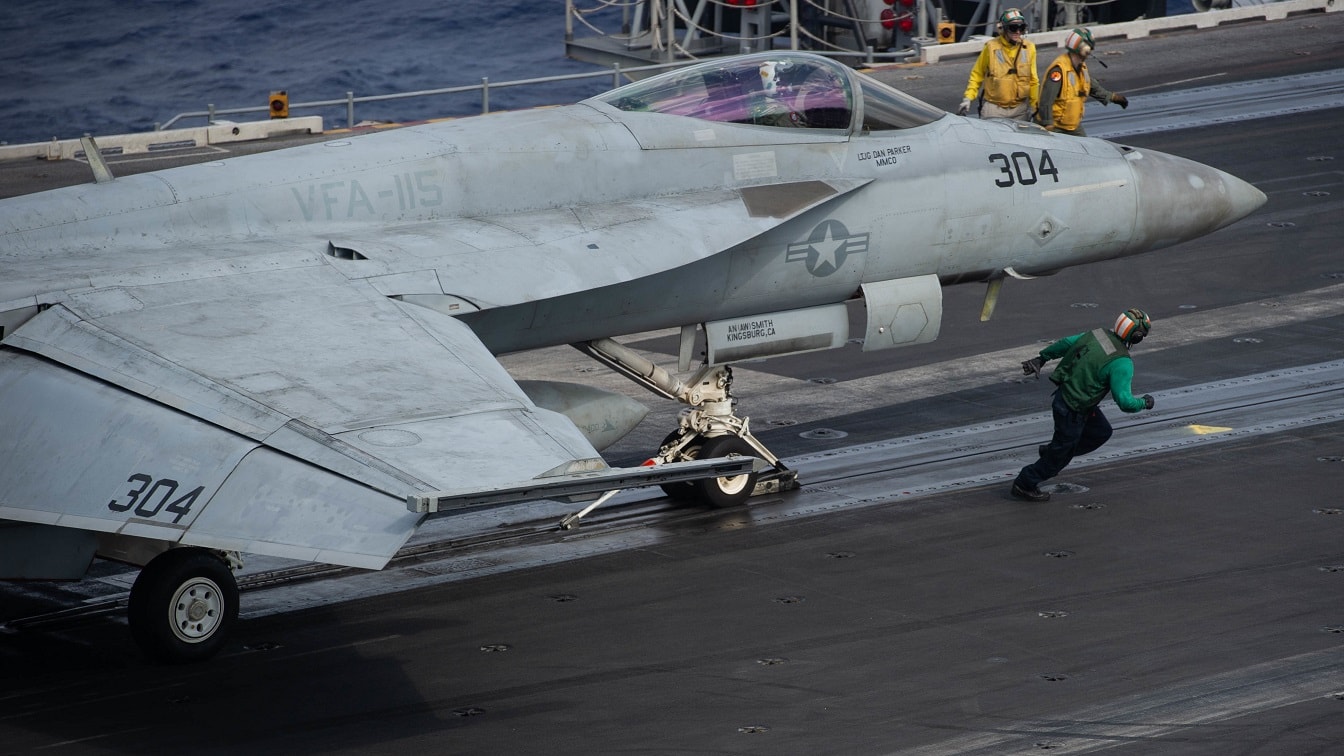 China’s History of Making Sure It Can Sink Aircraft Carriers: China is reportedly taking aim at the United States Navy’s Gerald R. Ford-class aircraft carriers and Arleigh Burke-class guided-missile destroyers. And it is doing so in the desert of all places. Satellite images captured by Colorado-based satellite imagery company Maxar Technologies earlier in the year reportedly showed the mock-ups of the U.S. warships at a ballistic missile test site in the Taklamakan desert region in Northwest China.

The U.S. Naval Institute (USNI News) obtained the photos of the targets, and according to a report said the mock-ups are sophisticated and show China’s interest in honing technology that could be used to counter the warships. Construction of the targets appears to have begun around March/April 2019 and was “substantially complete by early October” 2021.

China doing mock attacks on U.S. Navy vessels is not something that new. USNI News reported that the site is near a former target range that China had used to test early versions of its so-called carrier killer DF-21D anti-ship ballistic missile in 2013. During those tests, the People’s Liberation Army (PLA) claimed it “successfully sunk” a carrier in a war game.

This 2013 test was first reported by the WantChinaTimes, which appears to be closed as their website and article that first mentioned this is no longer working. The image above is an archived satellite photo that showed what China at the time was doing in 2013 which was first carried by WantChinaTimes.

Nonetheless, the DF-21D would have a harder time hitting a target in the ocean than in the Gobi Desert.

“The thing to keep in mind is that, in order for China to successfully attack a U.S. navy ship with a ballistic missile,” defense analyst Dr. Roger Cliff told The Diplomat back in 2012, “it must first detect the ship, identify it as a U.S. warship of a type that it wishes to attack … [then] over-the-horizon radars used to detect ships can be jammed, spoofed, or destroyed; smoke and other obscurants can be deployed … and when the missile locks on to the target its seeker can be jammed or spoofed.”

New Round of Missile Tests

China has conducted the testing of anti-ship weapons since at least 2003, when it first constructed a large concrete pad that was roughly the size of a carrier at another site. That slab, which is part of the Shuangchengzi missile test range, has reportedly been used in missile tests many times and it has been frequently repaired. The new site in the Taklamakan desert is 600 miles away but according to USNI News is much more evolved. The newer ship targets are closer approximations of the vessels that they are supposed to represent.

There are at least a single stationary aircraft carrier target, two stationary destroyers and notably one aircraft carrier attached to a rail, which indicates that it was designed for moving target practice. The current mock-ups are reported to be quite advanced, and the carrier target appears to be a flat surface but with aircraft lifts, weapons sponsons and other details, while the destroyer targets include funnels and weapons systems that closely mimic an Arleigh Burke-class destroyer.

The PLA is also not alone in developing targets based on U.S. carriers.

Iran also has attempted to conduct similar – albeit far less successful or impressive – drills while utilizing a floating barge that was meant to resemble a Nimitz-class carrier. In one test, the Iranian military proved unable to even sink the barge, while in a subsequent exercise during the “Prophet Mohammed 14th” war games, the mock-up carrier sank on the way back to port, just outside the harbor entrance to Bandar Abbas, near to the main approach channel.

Perhaps Iran should take a cue from the Chinese and practice in the desert. In either case, such tests are something that the United States Navy should take very seriously.