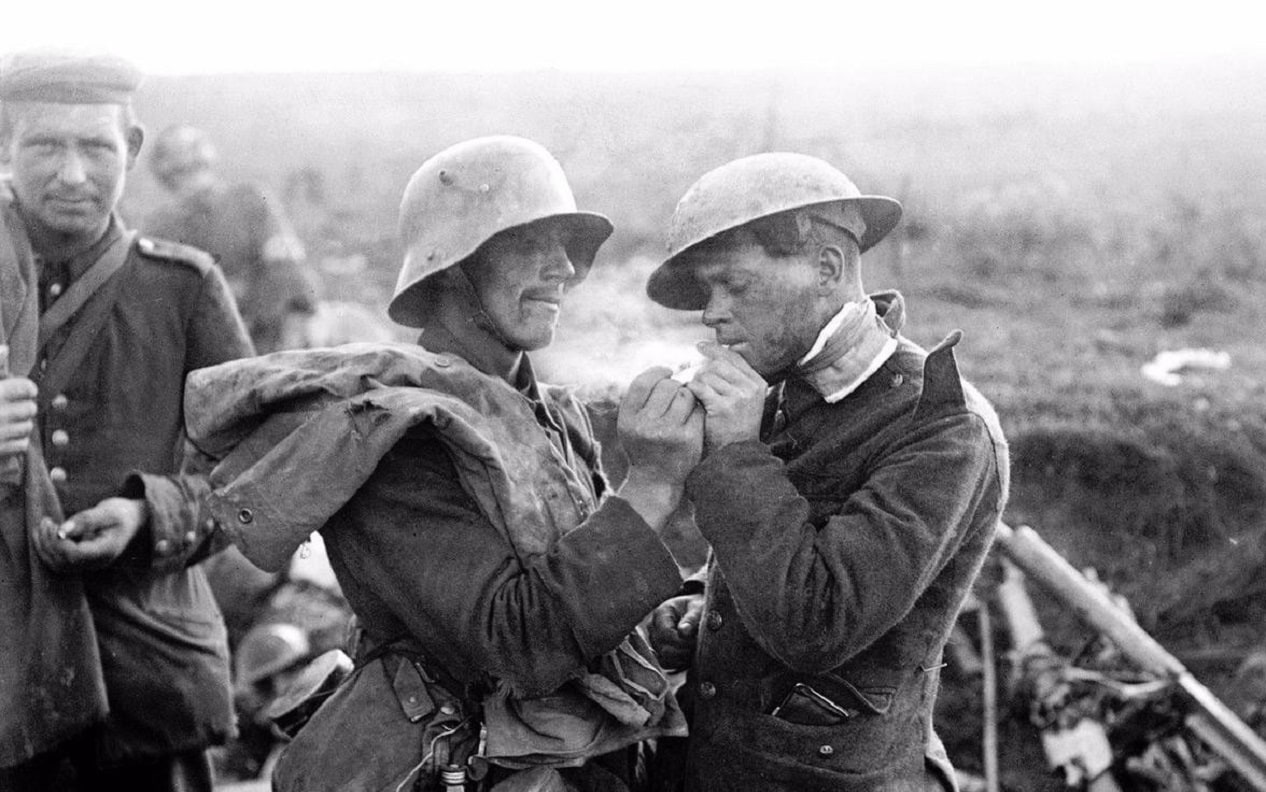 It’s Christmas today, but we shouldn’t expect that conflicts around the world will take much of a pause. We would like to think that fighters will take a pause in honor of the holiday, but while Christmas truces have been real in the past, they tend to happen only under very specific conditions, and they rarely carry the ideological and religious freight that we might want to pile upon them.

Armies often stop fighting in December, but rarely because of any appreciation for Christmas. In the northern hemisphere weather at Christmas is often hostile to military operations. A Christmas truce typically isn’t necessary to prevent combatants from fighting one another in the mud, snow, and ice. Moreover, generally speaking for a Christmas truce to happen both sides of the conflict must celebrate Christmas. Even when both sides celebrate Christmas they may have a different holiday calendar (the eastern front in World War I involved Russian Orthodox soldiers fighting the Protestants and Catholics of Germany and Austria). In a war featuring only one celebrant, operational and strategic realities might make it possible to have, in effect, a one-sided truce; the celebrant might decide to forego offensive operations on or around Christmas Day, thus producing a de facto cease-fire.

Christmas or a Religious Holiday: Time to Start A War?

It is not unknown for combatants to take advantage of holidays to launch surprise attacks. Egypt and Syria believed that Israel would be unprepared to fight on Yom Kippur, for example, and ancient armies often timed their activities around religious festivals. The most famous moment in America’s military history of Christmas came on December 25, 1776, when General George Washington led an attack across the Delaware against Hessian mercenaries. While the holiday was more important to Germans than to Anglos at the time, the idea that Washington timed the attack in order to take advantage of Christmas celebrations appears to have been a later invention, as operational and tactical realities dictated the timing of the attack.

There are stories of Christmas truces from the American Civil War. Brief holiday truces were not uncommon, but then many civil conflicts see brief ceasefires given that both sides tend to speak the same language and recently lived together in peace. Christmas was not universally celebrated in the antebellum United States, with holiday practices varying widely across region and denomination.  Indeed, the mingling of traditions in the armies of the North and the South probably helped lay the groundwork for the national celebration that Christmas would become.

The most famous Christmas truces are associated with the First World War. Along the Western Front in December 1914, small groups of soldiers from either side observed cease-fires, often trading with each other or even joining impromptu games of football. Some historians have treated these moments as a rebellion against the authority of the officer corps, evident of nascent anti-war sentiment across the battle lines. But as Terri Blom Crocker has detailed, the soldiers at the front rarely interpreted the Christmas truces as bearing any particular meaning beyond a short break in hostilities. In the ensuing years, discipline from the officer corps combined with increasing bad blood between the armies to prevent anything but the most sporadic and short-lived holiday truces.

During the Second World War Christmas meant little to the plans of the combatants. Germany and Britain briefly paused bombing one another in late December 1940, but the pause was dictated by operational conditions as much as by policy. In 1941 fighting raged on the approaches to Moscow, as well as across the Pacific. On Christmas 1944 Europe would be wracked by massive offensives on both the Eastern and Western fronts, with the holiday no more than an afterthought.

Observations of the holiday probably had an effect on the pacing of US military operations in Korea and Vietnam. Morale matters; no soldier wants to die on Christmas and no family wants to hear of a soldier’s death while celebrating. A notable exception to this rule came in 1972, when the United States dropped bombs across North Vietnam as part of the “Linebacker II” operation, better known as the Christmas Bombing. A desire to influence peace negotiations dictated the US schedule, adding grim punctuation to the American experience in Vietnam. By the Wars on Terror Christmas had largely become a public relations operation for the US military, with politicians visiting Iraq or Afghanistan in order to deliver turkey and other holiday food.

It’s not wrong to hope that Christmas will offer a moment for reflection about war and peace. Themes of peace and community certainly dominate how we think about Christmas in the United States. Historically, however, armies have rarely viewed the holiday as anything more than an operational speed bump and a mild logistical inconvenience.