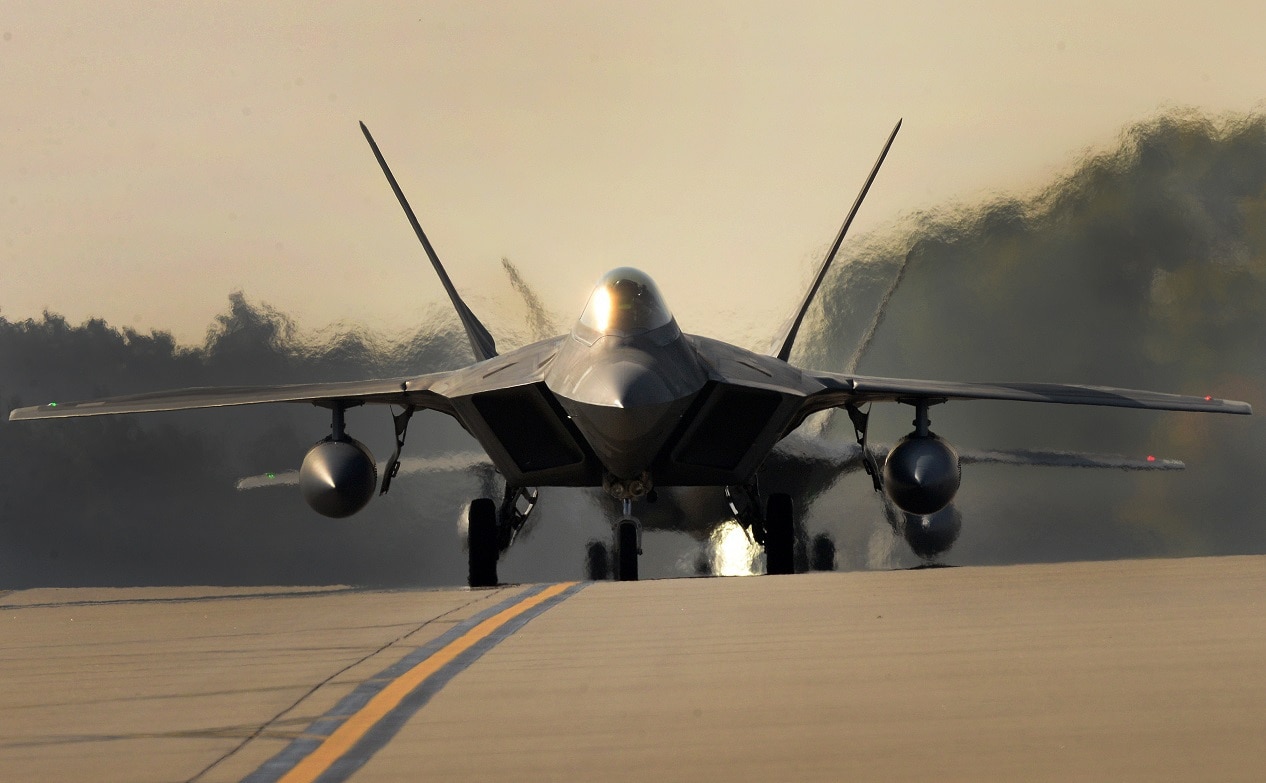 The debate whether Washington should preserve its policy of “strategic ambiguity” toward Taiwan or shift to “strategic clarity” lurched onward this week when Ely Ratner, the Pentagon assistant secretary of defense for Indo-Pacific security affairs, went before the Senate Foreign Affairs Committee. Ratner called for bolstering Taiwan’s defenses, pronouncing it an “urgent task.” According to Reuters, however, he also opined that explicitly committing the United States to defend the island wouldn’t meaningfully strengthen deterrence.

That is passing strange. Deterrence involves issuing a threat. If I want to deter a hostile actor from taking some action its leadership might like to take, I issue a threat while exhibiting the capability and resolve to make good on my threat. If successful I make the hostile leadership a believer in my national power and my resolve to use it. My prospective antagonist refrains from the action I’ve proscribed. By contrast, strategic ambiguity leaves everyone wondering. I have neither issued a clear threat nor yoked power and purpose to it. I have consciously created a gray zone—and recent years have shown that gray zones are playgrounds where the Chinas and Russias of the world romp.

That being the case, Xi Jinping & Co. might gamble in the Taiwan Strait if they come to deprecate American steadfastness, martial prowess, or both. Meanwhile, the island’s inhabitants might despair of American succor rather than stand up for themselves against aggression. Morale in Taiwan could collapse.

But there may be another way to deter. Not all threats need be public. Remaining noncommittal in public, speaking candidly in private, and displaying military might be sufficient to prevail in the Strait and could be a winning formula for deterrence.

It has happened before. In 1902 President Theodore Roosevelt dispatched the U.S. Navy battle fleet to the Caribbean Sea to shadow an Anglo-German fleet blockading Venezuela. The Venezuelan government had defaulted on loans taken out from European banks, and—as was common practice for the day—European capitals sent warships to collect. By levying sufficient economic pressure, and perhaps by bombarding the Venezuelan coast, they hoped to prompt Caracas to pay its debts.

Yet debt collection often meant temporarily occupying the customhouse in a debtor country and using tariff revenue to repay the bankers. And indeed, when committing itself to the Caribbean expedition, the German government had explicitly countenanced “the temporary occupation on our part of different Venezuelan harbor places.” But Roosevelt fretted that Europeans might keep the land where the customhouse stood after they had wrested it away. This wasn’t much of a stretch on TR’s part. European empires, including Germany’s, had spread across Africa and Asia through such stratagems. German leaders openly coveted naval stations in Brazil. Opportunism might tempt them to build one in Venezuela.

Once in possession of strategic real estate a great-power navy might construct a naval station there—and use it to harry Caribbean shipping lanes to the United States’ and its neighbors’ detriment. Moreover, ships of war based there could menace the approaches to the Panama Canal once it opened. If this happened Germany or Great Britain would have breached the Monroe Doctrine, the longstanding policy whereby Washington forbade outsiders to establish new colonies in the Americas.

This would not do.

But how to fend off aggression? Dealing with Kaiser Wilhelm II would prove especially nettlesome. The German emperor’s conduct was alternately bellicose and conciliatory, making it tough to forecast what he might do on any given day or to manage relations with him. TR didn’t relish calling out Wilhelm in public by, say, demanding that the Anglo-German fleet desists from grabbing coastal ground or withdraw from regional waters altogether. As a rule, in fact, Roosevelt preferred to play power politics in private. In so doing he spared foreign rulers’ vanity and reduced the chance of goading them into rash actions.

TR had a reputation for bombast. Deserved or not, it did not apply to his conduct of diplomacy. Biographer Edmund Morris depicts Roosevelt as “a commander in chief who accomplished much of his grand strategy in silence and secrecy.” His credo in stressful times: “speak softly and carry a big stick; you will go far.”

The pattern played out in the Venezuelan crisis. German ambassador Theodor von Holleben visited the White House on December 8, 1902. President Roosevelt took him aside to confer privately about the blockade: “I told him to tell the Kaiser that I put [Admiral George] Dewey in charge of our fleet to maneuver in West Indian waters,” deploying under the guise of peacetime exercises. He went on: “the world at large would know this merely as a maneuver, and we should strive in every way to appear simply as cooperating with the Germans, but . . . I should be obliged to interfere, by force if necessary, if Germany took any action that looked like the acquisition of territory in Venezuela or elsewhere in the Caribbean.”

The president gave Berlin ten days to disclaim any design to occupy Venezuelan soil, after which Admiral Dewey would go south with a mandate, in TR’s words, “to observe matters along Venezuela.” Caracas called for U.S. arbitration after the blockade turned violent on December 9, when German mariners seized four Venezuelan gunboats and sank three of them. William II foreswore land-grabbing after a flurry of clandestine diplomacy between Washington and Berlin, decreeing that “we will allow our flag to follow the lead of the British.” Yet he also rejected the Venezuelan entreaty for arbitration. In a subsequent meeting with Ambassador von Holleben, consequently, TR advanced his ultimatum by twenty-four hours. War would follow unless the German monarch relented.

Holleben left the White House shaken by this latest exchange, and the record went silent at that point. As Morris recalls, White House staffers “saw the ambassador go, but . . . made no record of his visit. Neither did clerks at the State Department or at the German embassy. It suited everybody concerned that the diplomatic record of this matter be blank from thenceforth; Wilhelm would be free to end the crisis without evidence of having been coerced.” Berlin concluded that Roosevelt was not bluffing, and it bowed to realities of naval power, namely that only a fraction of the German Navy would face off against the concentrated might of the U.S. Navy in the U.S. Navy’s backyard. German prestige would suffer a massive blow if German commanders fought and lost. On December 17 the kaiser’s government accepted American arbitration, and the crisis subsided.

So circumspect was Theodore Roosevelt’s handling of the Venezuelan affair that it took a century for historians to conclude that the affair had actually happened. Despite the normal workings of deterrence, declining to publicly commit oneself to execute a threat may have merit. Some pointers from TR vis-à-vis the standoff in the Taiwan Strait. One, American diplomats and spokesmen could comport themselves in his spirit in public communications, neither committing to nor distancing themselves from strategic ambiguity and strategic clarity. Through tact they can grant General Secretary Xi the sort of graceful exit from a crisis that TR granted Wilhelm II in 1902. If Xi can climb down without sacrificing his standing with the Chinese people, that improves the likelihood that he will climb down.

Two, U.S. emissaries must speak with utmost candor in private interchanges with Beijing (and, for that matter, with Taipei; giving Taiwanese hope is the reciprocal of deterring Chinese). They must leave no doubt that the United States will defend Taiwan from cross-strait aggression, much as TR left no doubt that he would order Dewey’s fleet into battle should the Anglo-German squadron seize territory. Convince Chinese Communist prelates of American fortitude and deterrence might yet carry the day.

And three, the Pentagon must field war-winning military forces while the U.S. politico-military apparatus convinces Beijing that these forces would prevail if sent in harm’s way. Now, Roosevelt had it easy by contrast. His fleet was massed and operating relatively close to home, with all the advantages the homefield advantage confers and facing off against a dispersed potential foe; Xi and the People’s Liberation Army will be operating on their home field, against dispersed American forces, should war come to the Taiwan Strait. And yet there is no substitute for fashioning forces, operations, and tactics able to make their weight felt on the far side of the Pacific. That is the mission of our time.

On Taiwan, the path forward seems clear: Speak softly in publicly, speak plainly in private, and carry a big stick.

More about Dr. Holmes: A former U.S. Navy surface-warfare officer, he was the last gunnery officer in history to fire a battleship’s big guns in anger, during the first Gulf War in 1991. He earned the Naval War College Foundation Award in 1994, signifying the top graduate in his class. His books include Red Star over the Pacific, an Atlantic Monthly Best Book of 2010 and a fixture on the Navy Professional Reading List. General James Mattis deems him “troublesome.”