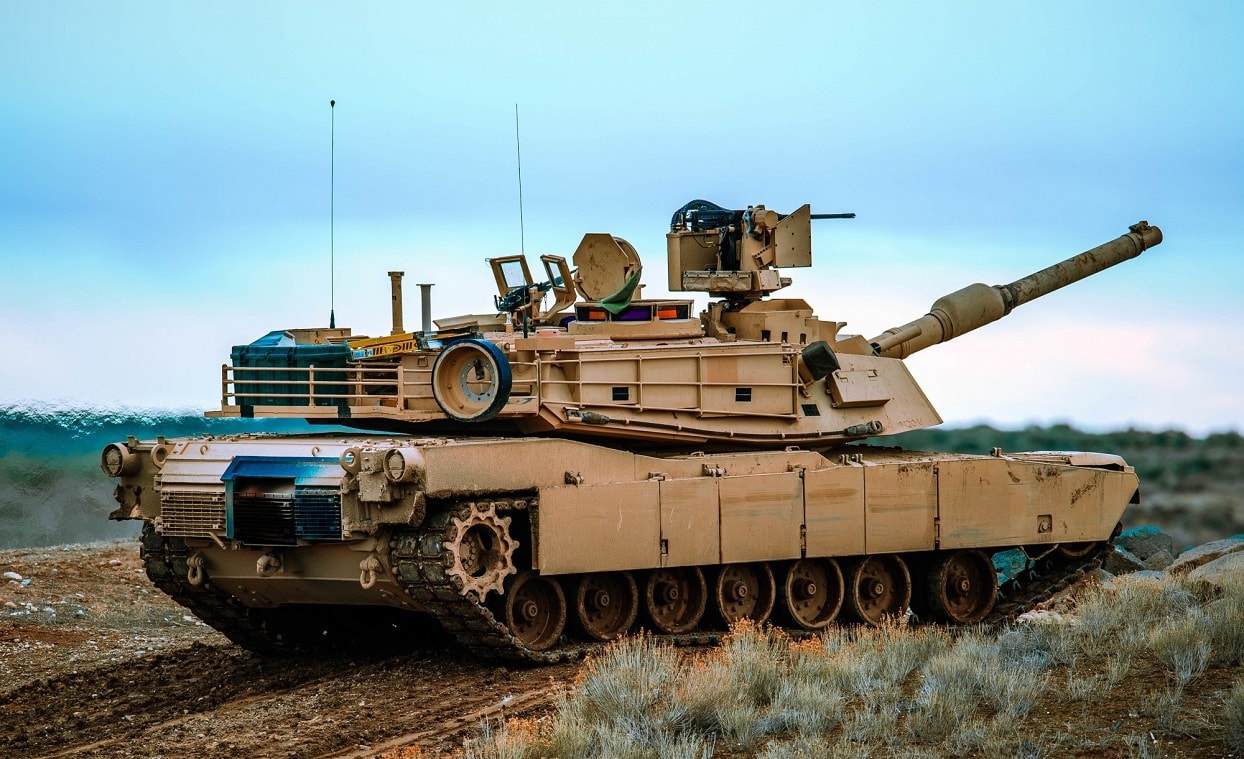 Wars are about seizing and holding territory. This is true even for insurgencies such as the ones in Afghanistan and Vietnam. The greatest geostrategic crises of the past decade involved efforts by Russia and China to expand their control over nearby territories and seas. One example is how Russia seized Crimea and occupied parts of Eastern Ukraine in 2014 and is once again massing forces along the Ukrainian border.

Moscow has also forged a military alliance with Belarus that creates a threat to the Suwalki Corridor, the only land route between the Baltic States and the rest of the NATO alliance. This makes an attack by Russia on one of its eastern neighbors the likeliest case of a war involving the United States. The best deterrent of such a threat is the presence of strong U.S. conventional forces along NATO’s eastern border. If Russia sees the prospect of territorial aggression to its west as a risky proposition, such aggression is less likely from Moscow.

For the duration of the Cold War, the presence of two heavy U.S. corps in Germany, plus additional British, Canadian, and French units, made it clear to the Soviet Union that even with its quantitatively superior conventional ground forces in Europe, any attack on NATO would come at a heavy price. Forward deployed forces would practice moving to their wartime positions in a matter of hours. These forces essentially denied Russia the chance to defeat NATO quickly.

After the Cold War, the U.S. allowed its presence in Europe to decline. This weakened posture is no longer viable in the face of qualitative improvements to Russian conventional forces and Moscow’s ability to position large numbers of forces along the alliance’s eastern flank.

The Trump Administration did much to improve this posture with the deployment of a rotational brigade and critical enablers in Poland. It also positioned equipment stocks for a second armored brigade in that country.

Unfortunately, U.S. military deployments in Western Europe still largely follow an obsolete Cold War equation. The Cold War strategy to reinforce NATO in the event of rising tensions with Russia relied on months of warning time to move forces from the continental United States (CONUS) to European ports and then on to the front lines. Today, Russia can initiate a surprise attack against its neighbors, including some NATO allies, with little or no warning.

Likewise, basing U.S. ground forces in Germany no longer fits the new strategic reality confronting NATO. NATO’s eastern flank with Russia, running from the Baltic to the Black Sea, is the new front line. This is where U.S. conventional forces should be concentrated.

There are several reasons why forward deploying U.S. forces in Eastern Europe makes sense. First, they are the only forces that will be relevant. Russia has designed its conventional force posture, backed up by large numbers of ballistic and cruise missiles and integrated air and missile defense, to achieve a massive superiority at the beginning of a conflict and to deny the U.S. and its allies the ability to deploy reinforcements forward. They hope that this will produce a swift victory and reduce the chance of a larger conflict.

Second, forward-deployed forces will be the only ones to get into the fight. The U.S. lacks the seagoing transportation capability to rapidly move forces from CONUS to Europe. In addition, in the event of a conflict, the Russian military is likely to make a major effort to interdict lines of communication and supplies on which U.S. forces deploying forward must rely on.

Third, many of the new capabilities the Army is pursuing as part of its modernization initiatives would be most effective if they are forward-deployed when a conflict opens. Long-range fire systems such as the Precision Strike Missile, Medium-Range Missile, and Extended Range Cannon Artillery, can threaten high-value targets deep in Russian territory from the opening movements of a conflict. The same is true for the Future Vertical Lift platforms, the Future Long-Range Assault Aircraft (FLRAA), and Future Attack Reconnaissance Aircraft (FARA).

These systems are designed for low-level, high-speed penetration of air defenses as part of a strategy to disintegrate an adversary’s anti-access/area denial (A2/AD) capabilities. Heavy armored forces with the latest model M1 Abrams tank, the Optionally Manned Fighting Vehicle (OMFV), upgraded Paladin self-propelled artillery, Joint Light Tactical Vehicle (JLTV), and Armored Multi-Purpose Vehicle (AMPV) could have a tremendous impact on the outcome of a conventional conflict if they were able to close rapidly with the Russian forces.

U.S. planning should focus on basing its forward-deployed conventional Army forces in Poland and other frontline NATO states. Specifically, the U.S. should:

Move the headquarters of the U.S. Army, Europe from Germany to Warsaw. New headquarters designed to exploit the advantages of modernized capabilities such as the Theater Artillery Command and the 2nd Multi-Domain Task Force also should be based in Eastern Europe.

Base a new Army armored brigade in Poland (at minimum). It would be even more effective to deploy a full heavy armored corps to that country. Such deployments should be permanent.

Move other Army units that are relevant to preventing “fait accompli” aggression to frontline NATO countries from Germany. In particular, these should be new U.S. Army long-range artillery and tactical missiles, FLRAA/ FARA-equipped helicopter units, and heavy armor.

Accelerate foreign military sales of modern US weapon systems to NATO members such as Poland. These countries prioritize interoperability with American military forces and are budgeting to accomplish it.

The best strategic deterrent the United States can deploy is a robust, forward deployed Army. By forward deploying active-duty units, particularly heavy formations with their associated enablers, the U.S. will be sending an unambiguous message to Moscow. In the event hostilities do occur, these forces will increase the ability of the U.S. to mount an effective defense and engage in early operations to penetrate, degrade, and destroy high-value targets and formations from the outset of conflict. The effectiveness of many of the new capabilities being pursued by the U.S. under its current modernization effort will be enhanced by their forward deployment.

In this article:Belarus, featured, NATO, Poland, Russia, Ukraine, US Army