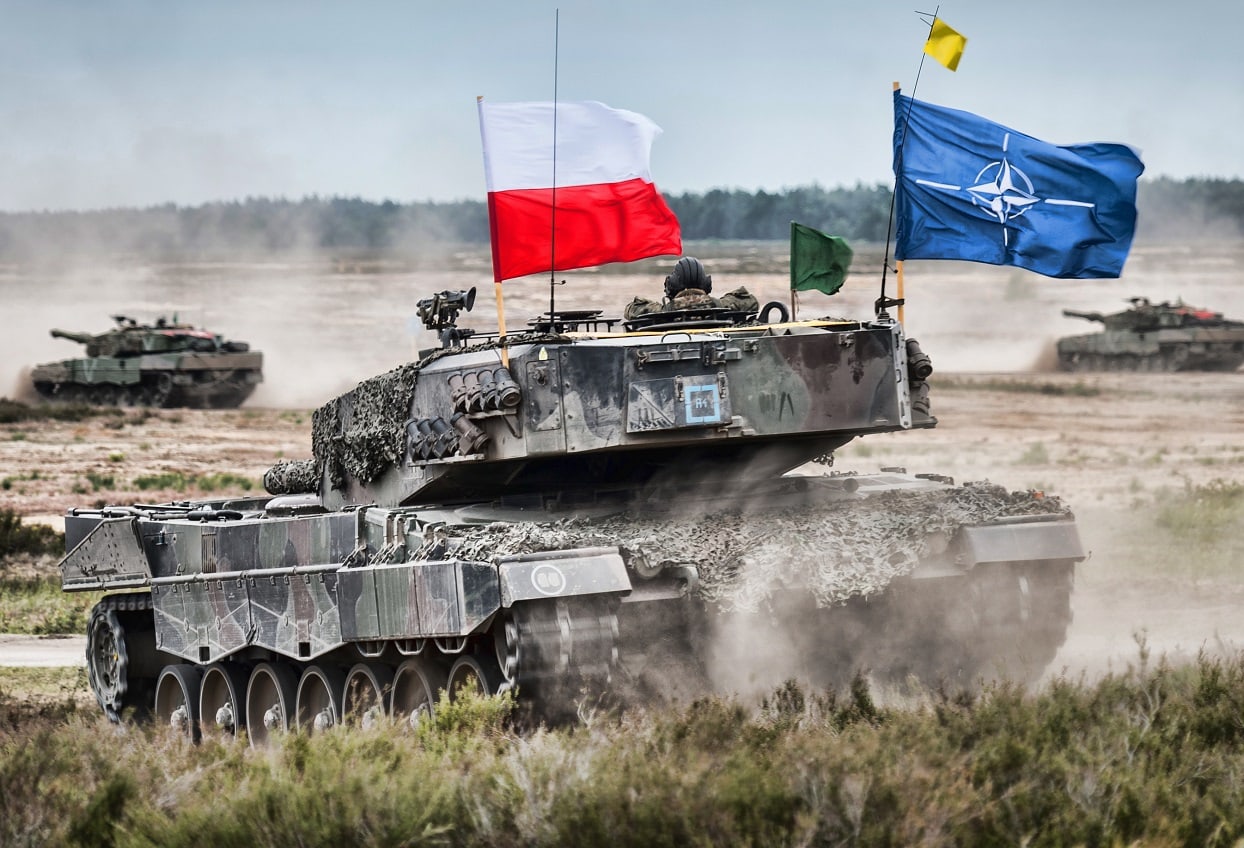 On October 7, Polish border troops reported being fired upon by their counterparts from Belarus. Though no one was hurt and the Belarusian soldiers were most likely firing blank ammunition, the incident is illustrative of the tension that has been building in that area since Moscow effectively assumed control over the government in Minsk to prop up Belarus’ authoritarian president, Aleksandr Lukashenko.

Anna Michalska, a spokesperson for the Polish Border Guards, said that there had also been an uptick in the number of objects thrown at Polish troops from the Belarusian side.

Tensions have also been rising on the border between the two countries as a surge of migrants has created a building humanitarian crisis simultaneously with the sensitive security situation. Migrants are largely heading toward Poland, as well as Latvia and Lithuania. Poland has accused Belarus of weaponizing migration against it, and accused Lukashenko himself of offering payments for migrants to move into the area. The Polish Council of Ministers has just passed a bill to construct a barrier along its border with Belarus.

Even the EU government in Brussels has claimed Lukashenko is encouraging migration to overwhelm Poland, framing it as “hybrid war” in response to sanctions placed on the Minsk government.

But these may be just the foreshocks of a much larger earthquake, a symptom of the extent to which Belarus has been more or less reabsorbed into the orbit of Russia. Without backing from Moscow, it is likely that Lukashenko would not attempt to antagonize Poland (which has four times the population).

Ultimately, Belarus has more or less ceased to function as an independent entity. Prior to the protests that nearly ousted Lukashenko in 2020, there had at least been an effort to maintain a sense of separation from Moscow. Lukashenko was even perceived to be resistant to pressure from the Kremlin to establish an actual economic union.

Now, not even that seems to be true. After several months of denials that Russia and Belarus would merge in any sense, the two countries announced in early September that they were in the process of formally integrating their economies. In the immediate term, they will join their energy markets, and Moscow will provide a loan of $630 million to alleviate damage done by sanctions regimes imposed on Belarus, as well as the general financial precarity of the country prior to them.

Indeed, the two leaders ceased to project the illusion of anything different. “We are moving forward like civilized countries, only together, only as a union … nearly a single people,” said Lukashenko, after the announcement.

Putin also confirmed that a political union was on the agenda, but denied that it had been discussed in recent talks. “First the economic foundation must be laid before moving further on the political track,” he said.

The announcement was also preceded by massive joint military exercises between the two countries. The Zapad-21 exercises, practiced once every four years, are intended to simulate a conflict with NATO (“Zapad” in Russian means “West.). The exercises always put NATO countries on edge, but the fact that this year Belarus has been included indicates that Moscow controls both armies.

Alarms were raised by the revelation that Belarus has purchased S-400 missiles from Russia, a deal that was confirmed in January. Several units of these missiles have been stationed approximately two and a half miles from the Polish border. Poland’s prime minister declared a state of emergency during the Zapad exercises due to the proximity of the S-400s.

Fortunately for Warsaw, Washington’s recent agreement to sell the country 32 F-35A fighters will provide its air force with a tactical aircraft that the S-400 radar cannot track. But those aircraft are not yet delivered and the other planes in the Polish force are all too vulnerable to S-400s in both Belarus and the heavily-armed Russian enclave of Kaliningrad.

The Russian presence in every level of the Belarusian political system, economy, and military drastically push NATO’s eastern front further west. NATO countries are further hemmed in by the troops and weapons present in Kaliningrad, next door to the three Baltics states—Latvia, Lithuania, and Estonia.

In short, what once seemed like an unlikely possible scenario is now an unsettling reality. If Russia and Belarus are integrated into one political entity, the risk posed to NATO’s frontline states cannot be overstated and should not, under any circumstances, be underestimated.

Sarah White, M.A., is Senior Research Analyst and Editor at the Lexington Institute.

In this article:Belarus, featured, NATO, Russia, Russia Taking Over Belarus