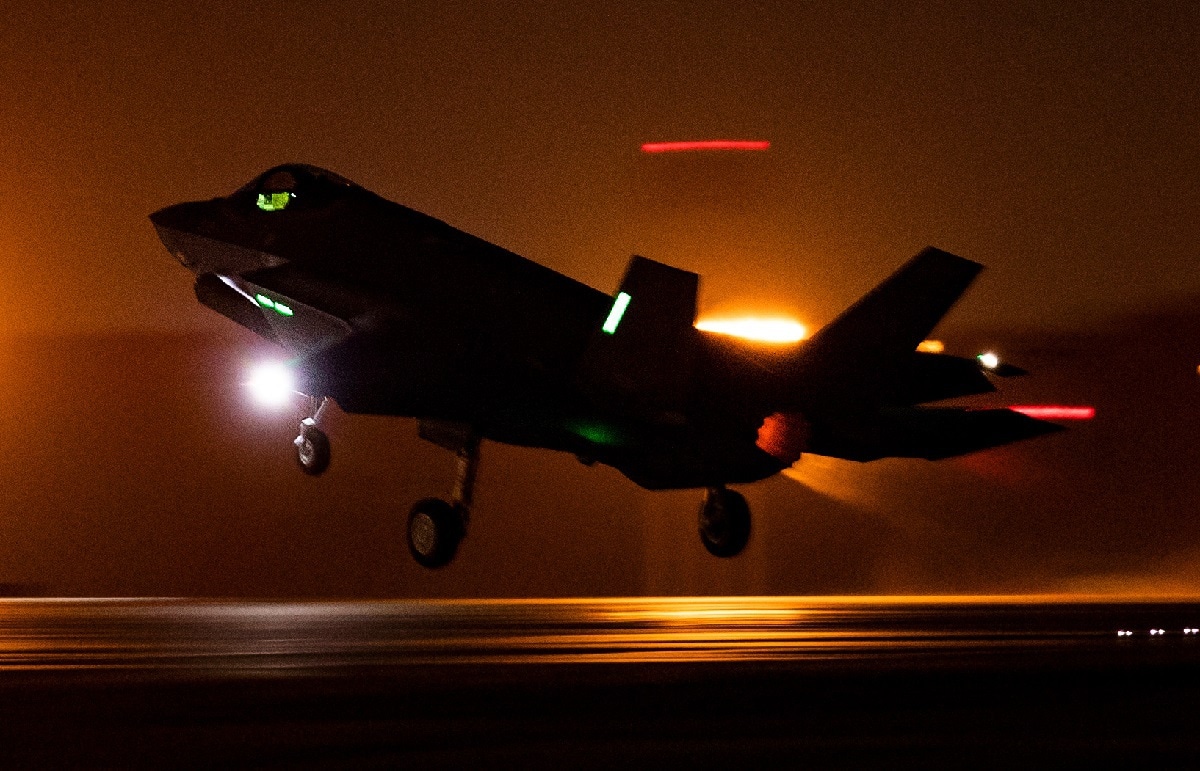 Because of its heavy investment in military technology, Russia was recently thought to have achieved an edge in air power over its NATO rivals. However, that advantage is now up for debate due to the purchase of the F-35 by many countries in NATO, including some on the front line with Russia.

The F-35 is more than a strike fighter. What makes it so essential for partners and so coveted by buyers is its unmatched lethality, survivability, and adaptability. It is ten times more effective at collecting intelligence, reconnaissance and surveillance (ISR) than other fighters. In addition, it is capable of putting so much energy on relevant frequencies that it suppresses enemy radar and communications. In short, it is an unparalleled force multiplier.

The F-35 is also the only aircraft in production that is effectively invisible to Russian radar, and as a result, it has altered the balance of strategic power in Europe in NATO’s favor. While Europe faces various security challenges, the threat from Russia remains the most urgent.

The F-35 is currently in use or on order by 13 countries, including the United States. The other members of the original consortium are the United Kingdom, Italy, the Netherlands, Australia, Norway and Denmark. The six additional foreign buyers are Israel, Japan, South Korea, Belgium, Poland and Singapore. It is not a coincidence that the majority of these countries are in Western Europe and would be able to respond quickly to Russian aggression. By design, this builds a wall of deterrence.

Two exceptions are Britain and Italy, which have both purchased the Marine version of the F-35, F-35B, for use on their aircraft carriers. Italy is only buying F-35B, but Britain has purchased both versions. The advantage of F-35B is its ability to land and take off vertically, allowing it to land on almost any surface.

The implication of so many NATO member countries operating this kind of fighter is a reshaping of the strategic balance in Europe to the disadvantage of Russia. Until recently, it was assumed that a conventional Russian attack on a country like Poland or one of the Baltic States was likely to overwhelm NATO airpower even if allied air forces responded fast.

Northern Poland is currently under the most pressure from the presence of Russian troops, which have been deployed en masse near Poland’s border with Belarus. Large numbers of tanks and troops were also recently sent to the eastern part of Ukraine before being withdrawn. However, around 80,000 troops (down from 100,000) are still stationed in that region, which has been engulfed by violence between Russian soldiers and nationalist militias.

Estonia, Latvia, and Lithuania face a variation of the same threat. Russia may choose to launch a conventional attack in one of the Baltics rather than spend time interfering with their civil society and institutions, which are already clearly oriented toward Europe. The F-35, while not owned by any of the three countries, is used by NATO’s Baltic Air Policing (BAP) mission. It was deployed for the first time in April of 2021 when Italy brought four of the fighters to Estonia’s Amari Air Base.

However, the front forming in Eastern Europe is not the only place where Russian troops are active and where conflict might break out. The Mediterranean Sea is another potential theater for future military action, given Russia’s access to its waters and Putin’s relatively close relationship with Recep Tayyip Erdogan, the autocratic president of Turkey.

Erdogan’s dealings with Russia are no secret. Turkey is in possession of Russian S-400 surface-to-air missiles, a 2017 purchase that resulted in Turkey’s expulsion from the F-35 consortium. Erdogan has also shown no compunction about taking military action against U.S. allies in the region, such as the Kurds, nor about supporting extremist factions that he views as protecting Turkish interests. During the Trump years, the impunity of Erdogan’s behavior toward allies began to escalate, culminating in threats to close the Incirlik airbase, home to 50 U.S. tactical nuclear warheads, in response to the possibility of sanctions from Washington.

Turkey has also recently come into conflict with Greece over oil exploration in the waters just off Cyprus, a disputed territory between them that has an unofficial Turkish enclave. Partly because of Ankara’s purchase of the S-400, Greece was chosen to receive F-35s that would have originally been destined for Turkey, a decision that incensed Ankara.

Russian military action, potentially in conjunction with Turkey, could also be taken around the Black Sea, immediately endangering NATO forces in Romania and in Greece. Italy has already drawn attention to the presence of Russian naval ships in the Mediterranean that may be prepared to put military support behind Turkish interests.

Because other aircraft would be less survivable in a future war with Russia, the F-35 would be deployed early to support NATO ground forces. The F-35 is designed to find, fix and destroy hostile air defenses, which would then leave room for less survivable aircraft to be called in for support.

Some NATO F-35s will also be configured to deliver nuclear weapons, a feature that is mainly intended to deter Russia from using nuclear weapons first. This will only be deployed as a measure of last resort during a conflict—most likely if Russia seeks to employ nuclear weapons preemptively. However, it is difficult to believe that countries with the F-35 would actually use nuclear weapons on Russian soil during a conventional conflict, as to do so would likely lead to escalation.

Taken together, the F-35’s peerless versatility and the enthusiasm for its adoption on the part of NATO allies leave no doubt that it is playing a central role in reshaping the strategic balance of Europe. With barely a fifth of all F-35s destined to be built in the hands of receiving nations, the shift in NATO’s military fortunes is likely to prove decisive through mid-century.

Sarah White is a Senior Research Analyst at Arlington’s Lexington Institute. The views expressed are the author’s own.