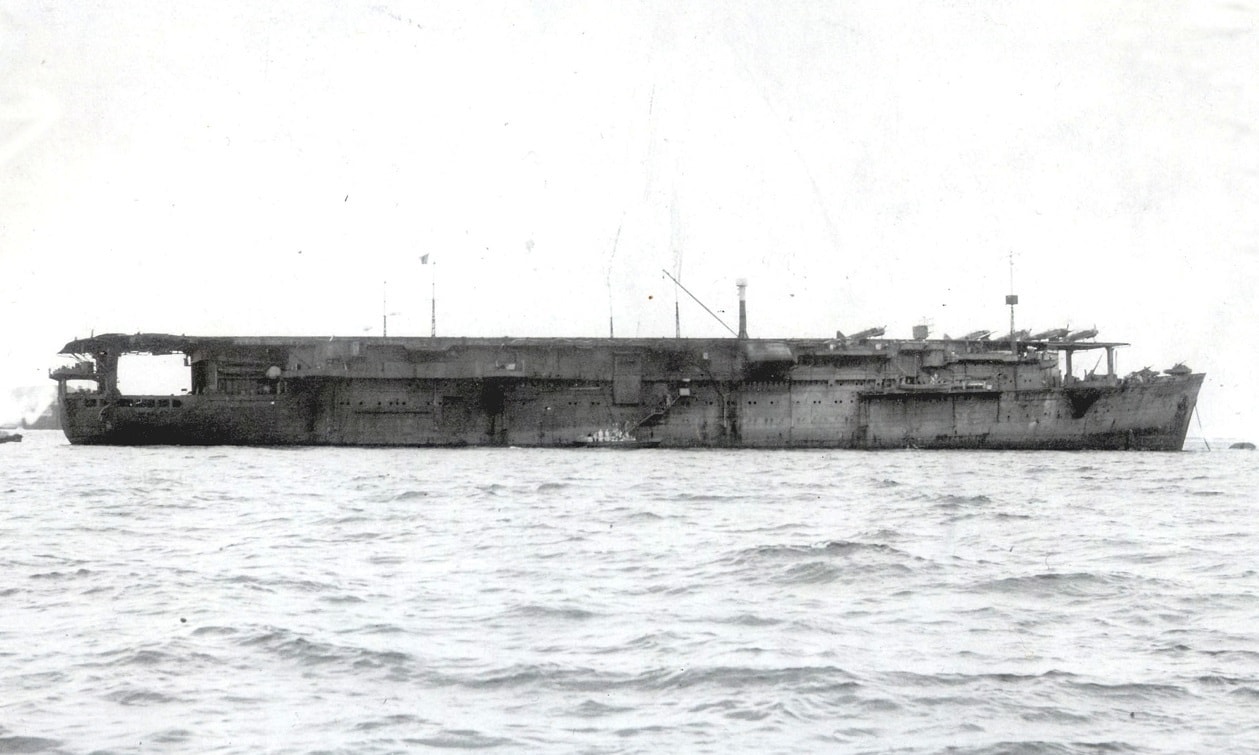 Japan’s Escort Aircraft Carriers, A Short History: In the late 1930s, the Imperial Japanese Navy began a shadow carrier program, in which three ships of the Nitta Maru-class of ocean liners were actually designed so that they could be easily converted into carriers if the need ever came. The first two of the liners, Nitta Maru and Yawata Maru were actually completed before the outbreak of the war in the Pacific.

Constructed by Mitsubishi at its Nagasaki shipyard for the shipping lines Nippon Yusen Kaisha (NKK) and Osaka Shosen Kaisha (OSK), the Japanese liners were meant to compete with the German ocean liners Scharnhorst, Gneisenau, and Potsdam, which provided service from Germany to Japan. In a strange twist of fate, SS Scharnhorst was in port at Kobe, Japan when war broke out and subsequently was purchased and converted to the Imperial Japanese Navy escort carrier Shin’yō.

However, when war broke out in Europe in September 1939, the ships were restricted to the Pacific and provided service to San Francisco, until the Japanese Government banned all voyages to the United States in August 1941.

For the few passengers who actually had a chance to travel on the Japanese liners, it may have been quite an experience. Nitta Maru and Yawata Maru were among the most luxurious ocean liners built before the Second World War and were the first to feature fully air-conditioned first- and second-class passenger cabins. They also offered smoking rooms, swimming pools and other amenities. Such amenities weren’t maintained when she was converted to a carrier.

As the Japanese government had partially funded the construction via subsidies, it actually began the conversion before its attack on Pearl Harbor on December 7, 1941. Even as the liners were designed with conversion in mind, the process was time-consuming and meant that these were hardly first-class carriers. The Nitta Maru and Yawata Maru were converted to carriers respectively as Chūyō (completed November 1942) and Un’yō (completed May 1942). As the third-liner, Kasuga Maru was requisitioned while still under construction, she was actually the first to be completed as the carrier Taiyō in September 1941.

Slower than the purpose-built carriers of the era, and lacking the internal spaces needed for efficient military users, they still proved effective for use in training and aircraft ferrying. All three of the converted ships were flush-deck carriers, with just one hanger and two elevators. However, their civilian diesel engines were replaced by turbines, but without the hoped-for increase in speed. It had been hoped that the escort carriers could operate with the Combined Fleet, but each was still too for front-line service.

Taiyō was the only one of the three to see front-line service and operated alongside the battleship Yamato at Guadalcanal in August 1942. For the rest of the war, the three carriers were used to ferry aircraft, supplies, and troops to Japanese bases across the Pacific. All three were sunk by U.S. Navy submarines beginning with Chūyō, which fell prey to the USS Sailfish in December 1943. Un’yō was subsequently sunk by the USS Barb in September 1944, and the USS Rasher sunk Taiyō in August 1944.