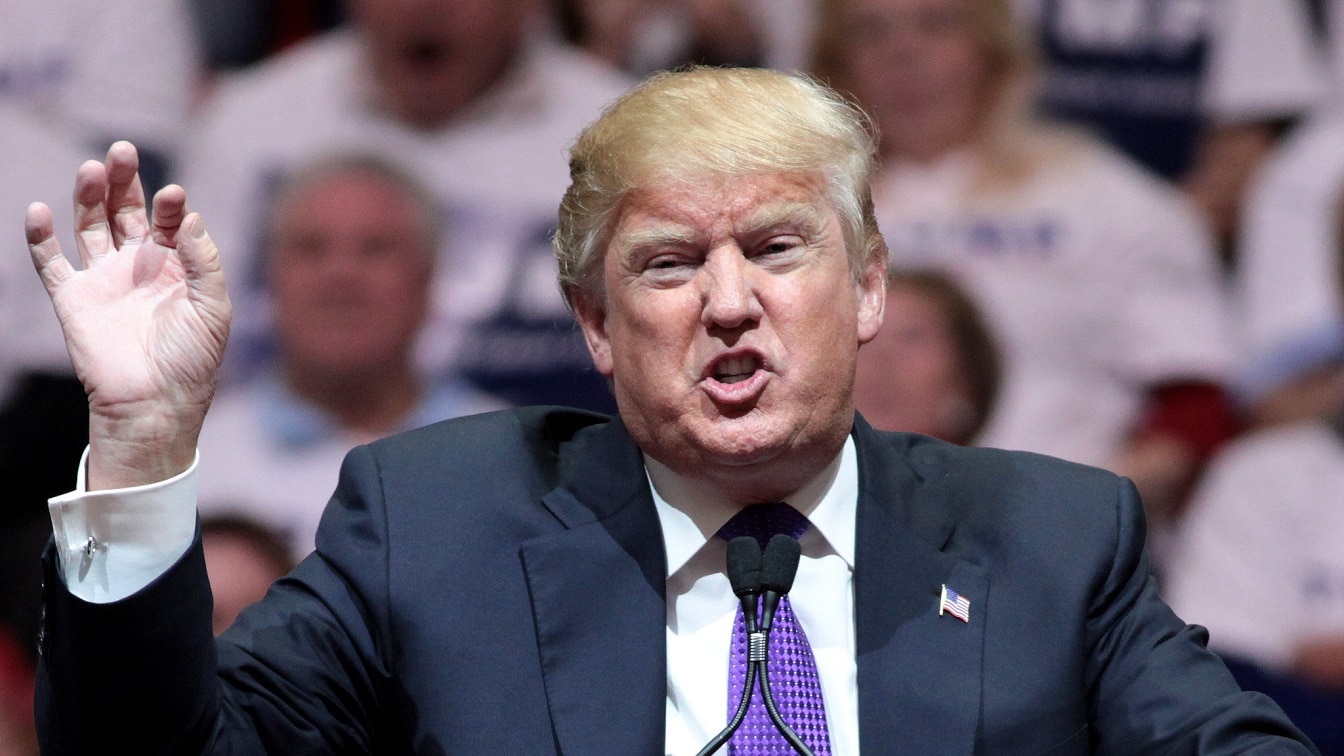 Rep. Bennie Thompson, the chairman of the House select committee investigating the Jan. 6 attack on the Capitol, said the committee could be “obligated” to make criminal referrals to Attorney General Merrick Garland–or by extension, the Biden administration—which will face immense political pressure go all-in after former President Donald Trump again.

It’s clear that a year out of office, Trump’s enemies aren’t just pursuing an “Impeachment 3.0” strategy of sorts, but Impeachment 4.0, 5.0, and perhaps more. As I wrote in “Abuse of Power,” the effort to bring Impeachment 1.0 started before Trump was inaugurated. So, it stands to reason efforts to prosecute Trump by some means would continue after he leaves office.

The question is, even if they are on to something this time around, will anyone listen after so many shrill demands in the past.

In late December, former Sen. Claire McCaskill said on MSNBC, that Garland would have to prosecute Trump. “That’s where Merrick Garland is either going to rise to the occasion or go down in infamy as one of the worst attorney generals in this country’s history.”

Leaning on the Biden administration attorney general marks another push from the left. Trump defenders frequently talk about the House Jan. 6 select committee as “Impeachment 3.0.” But the Trump-targeting efforts are more far-flung.

There are investigations of Trump going on by prosecutors in New York, Georgia, and the District of Columbia.

Of course, none of these would literally be an impeachment. Trump is no longer president. But if the 45th president faced actual criminal charges–not just another wild set of allegations–that would pose a problem for a potential 2024 run.

The goal of the second impeachment trial was to convince two-thirds of the Senate he should be disqualified from seeking another federal office.

Given the track record of past Trump investigations, we might be inclined to assume there won’t be any charges in the above-listed probes just as there were no charges in the special counsel’s Russia conspiracy probe, or any criminal charges stemming from the Ukraine phone call that led to the president’s first House Democrat impeachment, or others.

There were assuredly some bad actors in the Justice Department and Congress that rationalized the ends justify the means in a “Resistance” inspired crusade against Trump. But, as was the case with past political figures such as Bill Clinton, Huey Long, and others, just because your enemies are out to get you doesn’t make you innocent. If any of these investigations produce real evidence, Trump should be held accountable.

But Cyrus Vance Jr.’s term as Manhattan district attorney has come to an end without bringing charges against Trump, though he did indict the former CFO of the Trump Organization on tax and financial charges.

The probe into whether the Trump Organization was honest about the value of its properties in dealing with banks and tax officials will continue under the new Manhattan DA Alvin Bragg. There could be legitimate smoke in this probe. But the Trump Organization was a staple in New York for a while, and Vance was the DA since 2010. That the sudden interest occurred during the Trump presidency implies the probe was resistance-inspired.

Elsewhere in New York, the state’s Attorney General Letitia James’ office is conducting a civil investigation of the Trump Organization. The Westchester County District Attorney’s office is also looking into a Trump-owned golf course, so in New York, going after Trump by elected prosecutors seems to be good politics.

Two other probes could overlap with the Jan. 6 committee.

In Georgia, Fulton County District Attorney Fannie Willis is investigating the Jan. 2 phone call between Trump and Georgia’s Secretary of State Brad Raffensperger, and whether Trump tried to manipulate the state’s vote count that he narrowly lost to President Joe Biden.

The District of Columbia Attorney General Karl Racine has said he is investigating Donald Trump over the Jan. 6 riot but said that in early 2021. So, that doesn’t appear to be going anywhere.

As partisan as the makeup of the Jan. 6 select committee is–seven Democrats and two anti-Trump Republicans–it might come closest to building a plausible case against the former president.

Importantly, in Trump’s favor is that before the rally, he requested National Guard troops to secure the Capitol, which likely would have quelled the riot, or softened the impact. Also, during the rally, he told the crowd to “peacefully and patriotically make your voices heard.”

It’s a big reason alleging incitement–or accusing him of causing the attack as the second impeachment did–was a stretch. Legal commentators on the left and right at the time suggested dereliction of duty would have been a more appropriate charge.

The select committee seems to be drilling down into the more relevant question of what Trump was doing as the Capitol rioting happened as his allies apparently pleaded with him to say something.

Harry Litman, a former U.S. attorney from Pennsylvania, during the Clinton administration, contends in a recent Los Angeles Times column that inaction can be

“tantamount to action; and if done with the requisite mental state, can be a crime.”

“In Trump’s case, the indictment sheet would cite not only Title 18, U.S. Code, Section 2, which proscribes aiding and abetting a crime, but also Section 1512, which makes it illegal to obstruct or impede (or to try to obstruct or impede) any official proceeding — including Congress’ certification of a presidential election,” Litman wrote.

It’s something that could be a legitimate line of questioning. Which means that Democrats will probably use it for leverage in the 2022 elections and overplay their hand.

It could be an unprecedented situation. Former President Gerald Ford’s pardon of his predecessor Richard Nixon is widely viewed today as the right thing to do for the country to turn the page. But there was never a chance that Nixon would run for office again. That’s not the case with Trump.

Moreover, Democrats might want to be sure charges are an ironclad case. Yet another acquittal could make Trump a stronger candidate.

In the end, much of the public can be forgiven for yawning at yet another “this is really going to be it, you’ll see” Donald Trump investigation. If Trump is guilty, his enemies have already become the parable of the boy who cried orange man bad.