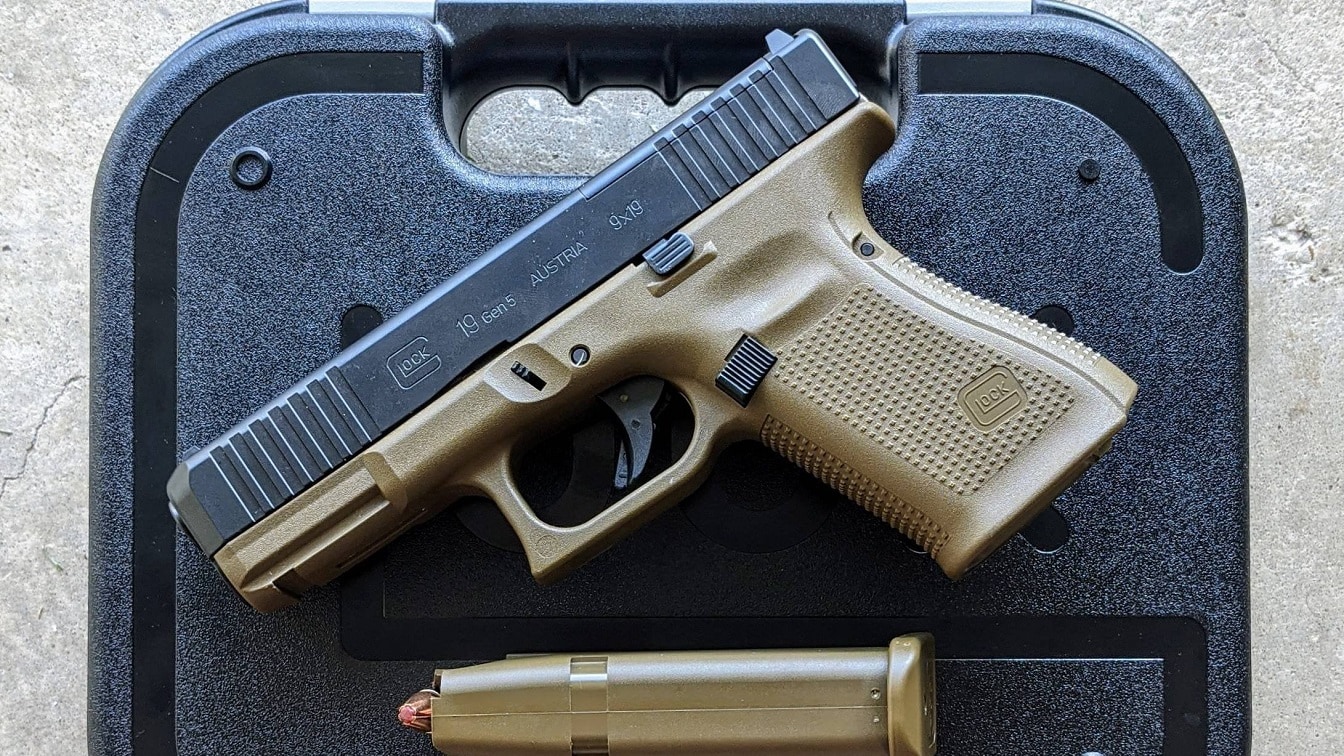 Why the Glock 19 Rules: For 2021 Spider-Man: No Way Home was the top-grossing film at the U.S. domestic box office, James Clear’s Atomic Habits: An Easy & Proven Way to Build Good Habits & Break Bad Ones was the bestselling book on Amazon, and the Ford F-Series was the best selling automobile. The Glock 19 is thus in good company, as it was the top selling firearm last year according to data from GunGenius.com of firearms sold on GunBroker.

The Glock 19 edged out the Sig Sauer P365 for the top overall firearm and was also the bestselling handgun of the year as well.

With revolvers, the retro Heritage Arms Rough Rider was the king of the hill – fitting as the actual Rough Riders were infamous for their charge up San Juan Hill during the Spanish-American War. The Colt Python, a line that was only revived in 2020, took the runner’s up spot, while the Ruger Wrangler, Taurus 856, Smith & Wesson 642, Ruger GP100, Taurus Judge, Colt Anaconda – another favorite from the Colt snake line – the Chiappa Firearms Rhino and Ruger SP101 rounded out the top 10.

There were a few surprises when it came to the best-selling long guns, and according to sales from the online auction site, it wasn’t a “black gun” that took the top spot in semi auto rifles. Rather the versatile old favorite Ruger 10/22 was top dog, a sign that perhaps the modern sporting rifle category is too fragmented with a plethora of options.

Six of the top ten semi-autos were black guns and those included the Smith & Wesson M&P Sport II, Anderson Manufacturing AM-15, Ruger AR-556, Colt M4 Carbine taking spots two to five while the Springfield Armory Saint and Smith & Wesson M&P14-22 were eighth and ninth respectively. The category also saw the Ruger PC Carbine in the sixth spot and the Springfield Armory M1A, a semi-automatic version of the iconic M14, taking up the seventh place. Kel-Tec’s Sub2000 rounded out the list.

The Ruger American Rifle was the top-selling bolt action rifle for 2021, while other entries included the Tikka T3X, Savage Arms 10/110, Ruger Precision Rifle and Ruger Precision Rimfire. Clearly Ruger knows its market and it has found a niche that it now dominates.

While a total number of those firearms wasn’t provided, 2021 saw the second-highest number of gun sales overall with 18 million – down from nearly 23 million in 2020. Still, it seems like a lot of folks like Glocks, Rugers and Henrys. There are certainly worse things to spend the money on.

Peter Suciu is a Michigan-based writer who has contributed to more than four dozen magazines, newspapers and websites. He regularly writes about military small arms, and is the author of several books on military headgear including A Gallery of Military Headdress, which is available on Amazon.com. Peter is a Contributing Writer for Forbes as well.