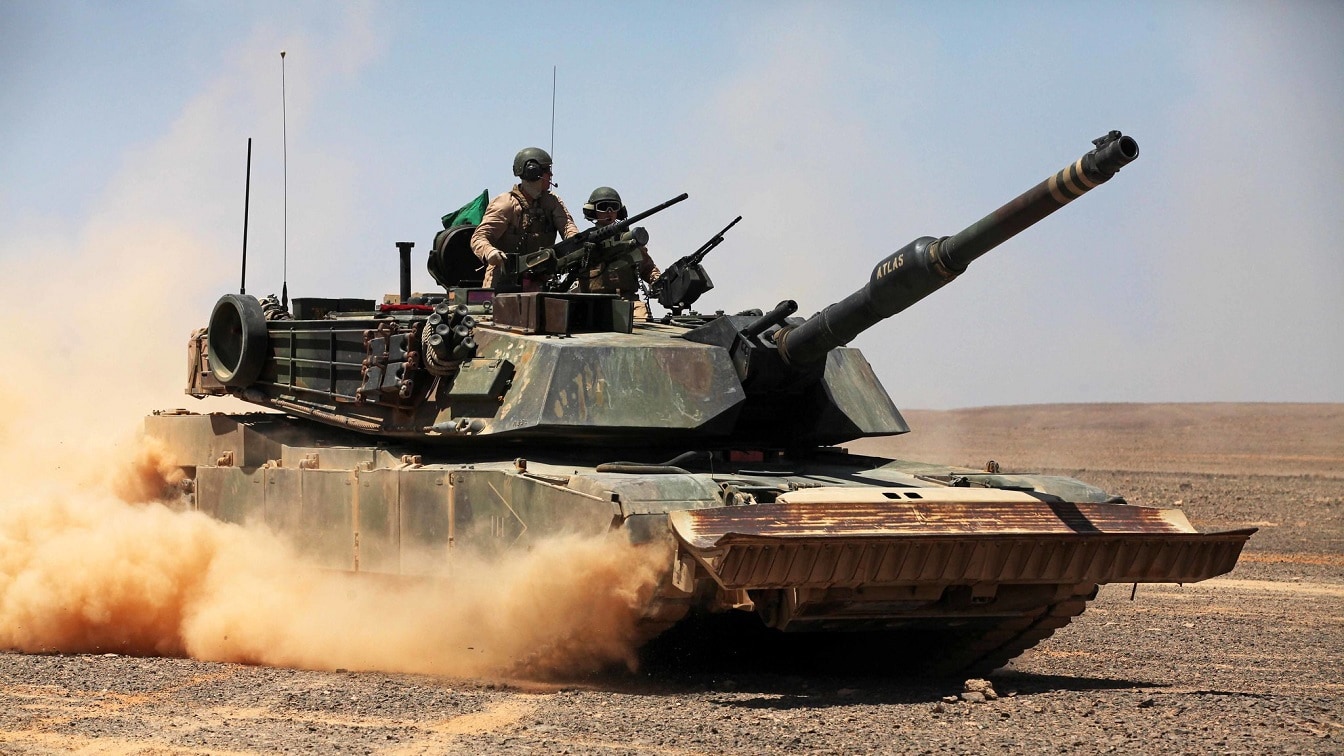 JABAL PETRA, Jordan – An M1A1 Abrams tank with Tank Platoon, Weapons Company, Battalion Landing Team 1st Battalion, 2nd Marine Regiment, 24th Marine Expeditionary Unit, is repositioned here, May 7, 2012, during bilateral tank training with the Royal Jordanian Army as part of Exercise Eager Lion 12. More than 1,000 Marines and Sailors from the 24th MEU are scheduled to participate in various events throughout Jordan to maximize multilateral training opportunities and continue to build relationships with partners throughout the region. Eager Lion 12 is the second major exercise for the 24th MEU and Iwo Jima Amphibious Ready Group after deploying in March to serve as a forward-deployed crisis-response force. (Official Marine Corps Photo by Sgt. Richard Blumenstein)

LTG Michael Kurilla Nominated to be the Next Commander of CENTCOM: President Joe Biden has nominated Army LTG. Michael Kurilla to lead U.S. Central Command (CENTCOM), overseeing America’s military operations in the Middle East from its headquarters at MacDill Air Force Base in Tampa.

CENTCOM is a multi-branch command that oversees all U.S. military activities in 21 nations from Egypt east to Kazakhstan. CENTCOM was the command that was responsible for U.S. operations in both Afghanistan and Iraq.

LTG Kurilla, who is the current commander of the 18th Airborne Corps at Ft. Bragg, NC was also nominated for his fourth star would replace Marine General Kenneth McKenzie whose three-year tenure at Central Command is due to finish this spring on April 1st and is expected to retire.

The Senate Armed Services Committee notice says only that Kurilla has been nominated to become a general, and did not specify what his next billet would be. However, his nomination to be the next CENTCOM commander has been expected for several months.

After being the leading command in the Pentagon for several decades, the U.S. military is undergoing a shift in focus as the Defense Department is trying to change its focus from the Middle East to the Indo-Pacific theater to face a rapidly expanding Chinese military and the Russian military as President Vladimir Putin has about 100,000 troops poised on the Ukraine border.

But Kurilla, who possesses a wealth of experience in the CENTCOM area of operations will have a tough row to how once he takes over. The U.S. military is still reeling from its forced and chaotic withdrawal from Afghanistan. And despite the combat role ending in Iraq, there are still about 2,500 troops still stationed there in an advisory role. And the U.S. still has about 900 troops in Syria, working by, with, and through the Syrian Democratic Forces (SDF), although the numbers are not certain.

The remaining troops in Iraq and Syria are a thorn in the side of Iran, which has tried to build its influence in the Middle East. Iran has created, financed, and led several militias to ostensibly fight the Islamic State (ISIS) in both Iraq and Syria, but they’re responsible for more than three dozen attacks on bases that house U.S. troops.

American bases were attacked by drones twice this past week as well as having indirect rocket artillery fire placed on them. The troops there immediately responded with counter-battery artillery fire and shot down four armed drones in the two attacks, as well as destroying a missile battery that was preparing to fire on the American base.

Kurilla was raised in Elk River, MN, and graduated with a bachelor’s degree in aerospace engineering from the U.S. Military Academy at West Point, an M.B.A. from Regis University in Denver, and an M.S. in National Security Studies from the National War College.

Kurilla has several notable assignments in both the conventional and special operations communities. He participated in the invasion of Panama in 1989 as well as the first Gulf War. He was the chief of staff of CENTCOM under General Joseph Votel, he commanded a Stryker battalion in Iraq in 2004 and was seriously wounded in 2005. That story was covered in an excellent post by Michael Yon.

Kurilla then commanded the Army’s 75th Ranger Regiment before going back to Afghanistan to the director of operations of the Joint Special Operations Command (JSOC), which conducts counter-terrorism missions in theater. Later Kurilla commanded the 82nd Airborne Division.

LTG (retired) Frank Kearney was a mentor to Kurilla since his days as a cadet at West Point and said that he believes that Kurilla is eminently qualified to do the job. Kearney’s son, now a Colonel, serves under Kurilla at Ft. Bragg.

“His Ranger, Special Operations, and senior Army leadership experience has placed him squarely in the heart of every aspect of CENTCOM’s activities over the last 20 years,” Kearney said, adding that “his time on the Joint Staff has given him a Defense Department and Joint Staff perspective to add to the skill sets needed.”