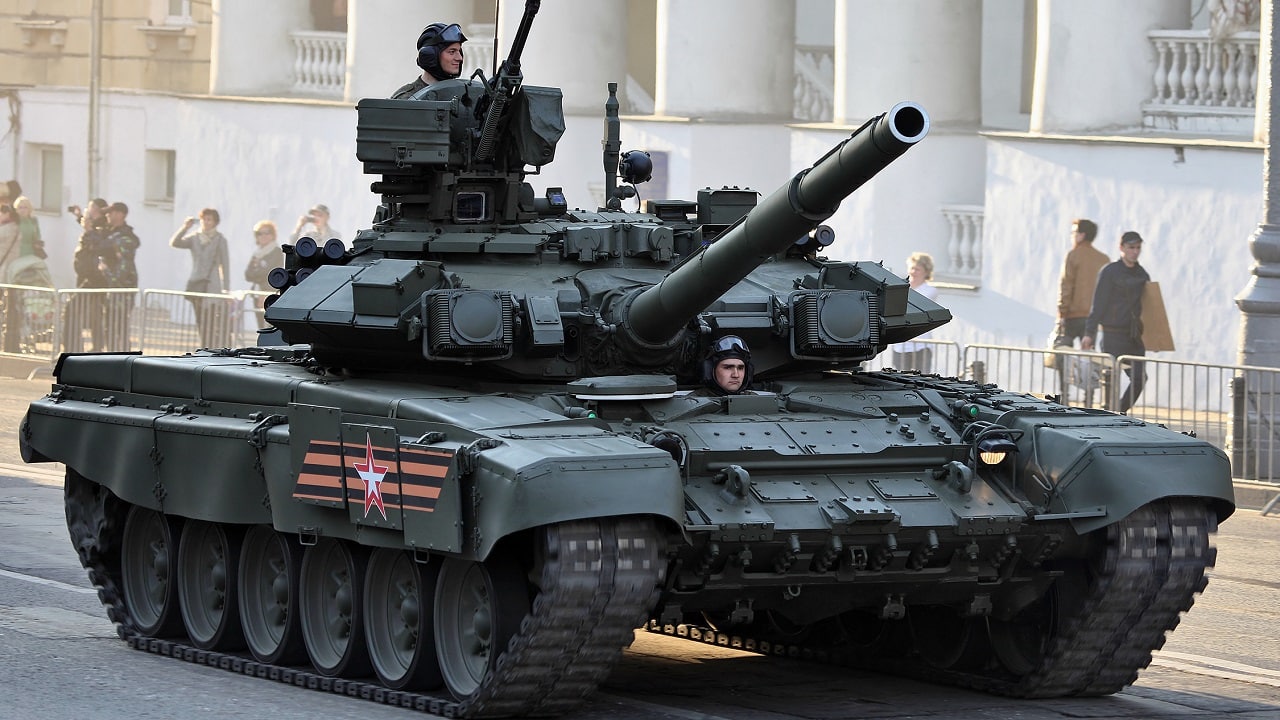 Statements and incidents coming out of Russia and Ukraine in the past 12 hours represent a clear acceleration of the crisis, indicating events on the precipice of all-out war. Even at this late hour, no one can say whether there will, for sure, be a war (as Putin could be ratcheting up tensions to see if he can gain through talks what he will otherwise take with force). But it’s getting awfully close to the point of no return – if it hasn’t already passed it – even for Putin.

But before the moment Russian missiles start raining down on Ukrainian targets and Russian tanks streaming across the border, there is one, last, opportunity for the United States and NATO to accede to reality and prevent war.

In NATO’s Munich Security Conference in Germany this morning, Ukrainian President Zelensky took to the podium and made an impassioned plea to the assembled Western leaders. He explained that Ukraine has been “told the doors (to NATO) are open. If not all members want us, say so! Open doors are good,” Kyiv’s leader added, “but we need open answers.”  Zelensky is right and does deserve an authoritative answer.

That answer is clearly “no.” Every NATO country has been unambiguous about its declaration that it will not send one soldier to fight for Zelensky’s Ukraine – repeated again by U.S. Vice President Kamala Harris in Munich on Saturday – yet Alliance leaders have been unwilling to state the obvious: NATO not only won’t fight for Ukraine today, they will never fight Russia over Ukraine. That position is sound, logical, and appropriate for the 30-member bloc – but its unwillingness to acknowledge the truth could have deadly and unnecessary consequences.

The urgency of NATO to make a declarative statement was underscored on Saturday back in Ukraine, as events continued to pile up that indicate war truly is imminent. Within just a matter of hours, events spiraled closer and closer to what could be the start of hostilities:

The head of the self-proclaimed Donetsk People’s Republic Denis Pushilin ordered a general war mobilization of all his troops and civilians, saying his forces “will protect Donbass and all Russian people.”

Vyacheslav Volodin, Speaker of Russia’s Duma, farcically claimed on Saturday that “Russia doesn’t want war,” but then added that if “danger arises to the lives of Russians and compatriots living in the DPR and LPR, our country will defend them.”

Russian Foreign Minister Sergey Lavrov ominously warned on Saturday that, “Kiev is blatantly… building up its military forces on the contact line in Donbass and is carrying out a campaign on militarizing citizens and continues armed provocations.”

Russia’s Ria Novosti claimed “intelligence sources” in the Donbass discovered a 5-day military plan by the Ukrainian Armed Forces to seize the Donetsk and Luhansk areas by force, producing an alleged detailed battle map to make it appear real.

And Putin himself on Saturday oversaw a massive nuclear triad exercise that the Defense Ministry in Moscow claimed was designed to “test the readiness of military command and control bodies, combat launch crews, crews of warships and strategic missile carriers,” – in a thinly veiled warning that if war escalates too far, Russia could resort to nuclear weapons.

Moscow is giving every signal that it is potentially hours away from launching a military blitz into Ukraine to ensure it never joins the Western alliance. Since his 2007 Munich speech, Putin has been issuing consistent warnings to the West that he views NATO expansion to his border as an existential threat – and he has demonstrated his resolve with the use of limited force on two occasions since (the 2008 Georgia war and the 2014 annexation of Ukraine’s Crimea).

It is irresponsible in the extreme for NATO now, in the face of an imminent attack that could see tens of thousands of Ukrainians killed, to ignore Putin’s signals and blithely keep to the fiction of NATO’s “open door” that they know will never be opened. Though it is almost too late, U.S. and NATO leaders still have a small window to avert war, save the lives of many Ukrainians, and preserve the stability of Europe by simply acknowledging reality and imposing an indefinite moratorium on NATO entrance for Kyiv.

Ukraine does not now and never will qualify for NATO membership. It has a virtual civil war raging within its borders and has a perpetual risk of external war on its border, both of which disqualify it for entrance. Further, NATO’s own rules state that no country should be granted membership unless doing so contributes “to the security of the North Atlantic area” – and inviting Ukraine, with all its internal and external chaos, into NATO would undermine, not strengthen, the alliance.

One last thing that is crucial to point out: the 30-member NATO military bloc remains overwhelmingly stronger than Russia in every conventional military category – while matching his nuclear deterrent – and will continue to deter Putin from attempting any moves against so much as an inch of NATO territory. Withholding membership from Ukraine does nothing to diminish the alliance’s overwhelming power, and ironically increases the chance Ukraine is never attacked by Russia.

Now is not the time to stick to the volatile status quo of claiming an open door for Ukrainian membership which every NATO country knows will never be opened for Kyiv. Keeping the door rhetorically open will likely doom Ukraine to an avoidable war.