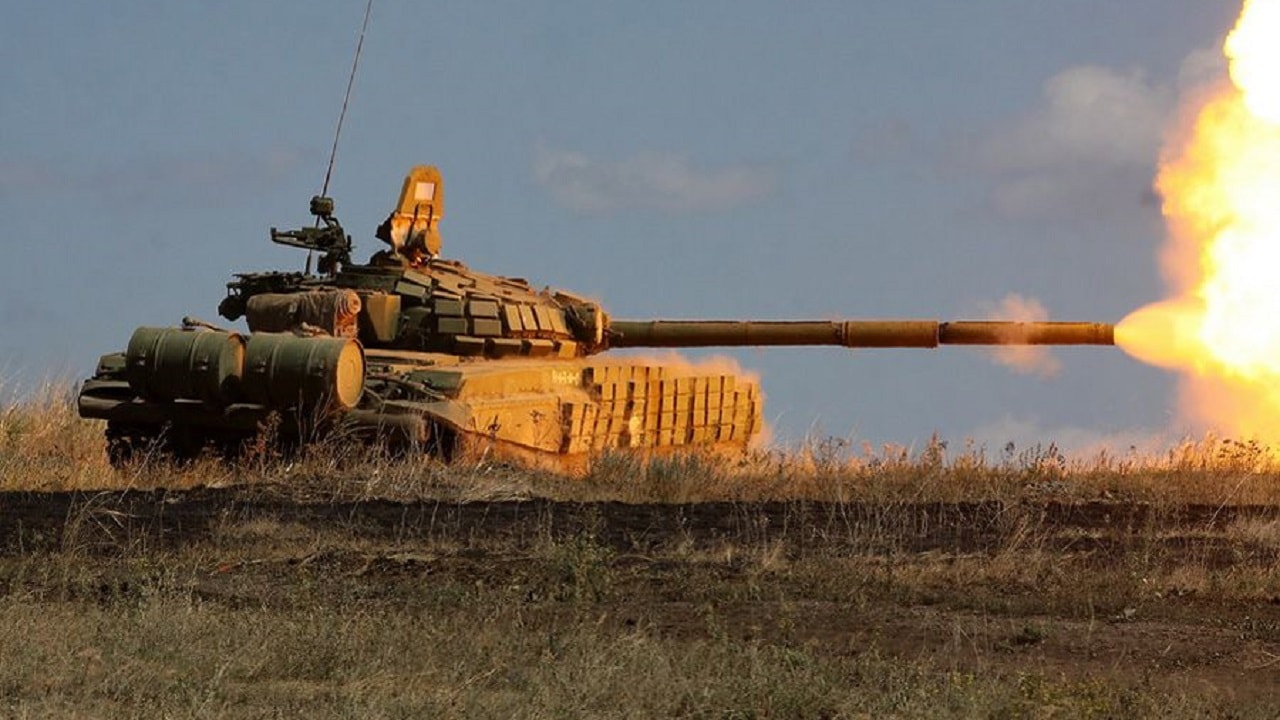 Russia has a problem: Its military is not as strong as the world thought – Russian President Putin’s savage and unprovoked invasion of Ukraine has revealed that despite the propaganda the Russian military has not significantly improved since its poor showing in Georgia in 2008.

In fact it could be argued that regardless of shiny new toys, the Russian military is still the same largely incompetent force that bungled its way through two Chechen wars and an invasion of Georgia and whose faults were already on show in Syria and elsewhere.

As such it can be confidently argued that Russian conventional forces do not pose any threat to NATO, though their nuclear arsenal remains a massive threat to the world.

The first sin of the Russian military was the complete inability of the Russian air force to achieve air superiority. As of the fourth day of the conflict, the Ukrainian air force is still very much active to the point it is being resupplied with additional air to air missiles for its Su-27 and MiG-29 fighter aircraft. The Ukrainian drone force is also in action, taking out Russian convoys.

The reason appears to be the fact that the Russians have not caused considerable damage to Ukrainian airbases. For example, satellite imagery of the Kulbakino airbase reveals only minor damage on the flight line as well as a hit on an aircraft graveyard. The rest of the airbase appears unscathed including hangars and from what can be seen, runways. As such the 299 Tactical Aviation Brigade is still very active, losing one Su-25 on 27 February.

Russian efforts appear rather pitiful, especially when compared to equivalent American military efforts in the recent past. For example, in 2017, the US military fired 59 Tomahawks at a single airbase in Syria in a single night in a limited strike. Meanwhile, the US has confirmed Russia has fired only over 160 missiles in the opening salvo across a wide variety of targets. As the limited damage at Kulbankino revealed, such a low number of missiles is insufficient against such a large country with a large military. Indeed, if the US strike on Syria is applied to Ukraine and taking into account Ukraine has at least 13 active airbases, the Russians required over 760  missiles to substantially damage Ukrainian airbases and that is not taking into account other targets such as command centers and air defense units.

It is also a condemnation of Russia’s fighter fleet and the much-vaunted Russian air defense systems which have been unable to deter Ukrainian activities. Indeed there have not been any confirmed reports of air to air combat despite rumors of a mythical Ghost of Kyiv.

Russian air defenses seem to be struggling to deal with Ukraine’s small fleet of Turkish-built Bayraktar TB2s which have scored numerous kills against Russian forces. Russian air defenses did not even manage to stop a Ukrainian OTR-21 missile strike on Millerovo airbase on 25 February.

This may explain the relative or complete absence of long-range heavy Russian bombers ala Tu-22M which have been used in a permissive environment in Syria and more hostile environments in Georgia where at least one was lost.

Incompetence on the ground

In some cases, Russian platoons surrendered on the first day having blundered into Ukrainian resistance. Russian battlefield reconnaissance seems to be particularly poor with numerous units simply driving into ambushes. This is unimaginable in an era where drones can provide round-the-clock battlefield coverage as well as rapid-fire support. Indeed only in 2020, the Azerbaijani military managed to defeat a heavily entrenched Armenian force in difficult terrain using drones.

Russian rear echelon units appear to be completely unprotected against drone or rear-guard attacks with artillery, logistics, engineering, and other non-front-line units being attacked often.

Russian special forces appear to be attacking without any support as can be seen from the initial failed attack on the Hostomel airbase where the first Russian airborne attack was destroyed. The presence of Ukrainian aircraft and the complete absence of Russian airpower is another inditement of the poor performance of the Russian air force and poor coordination between various arms of the Russian military. In other instances groups of infiltrators in Kyiv have also been destroyed. 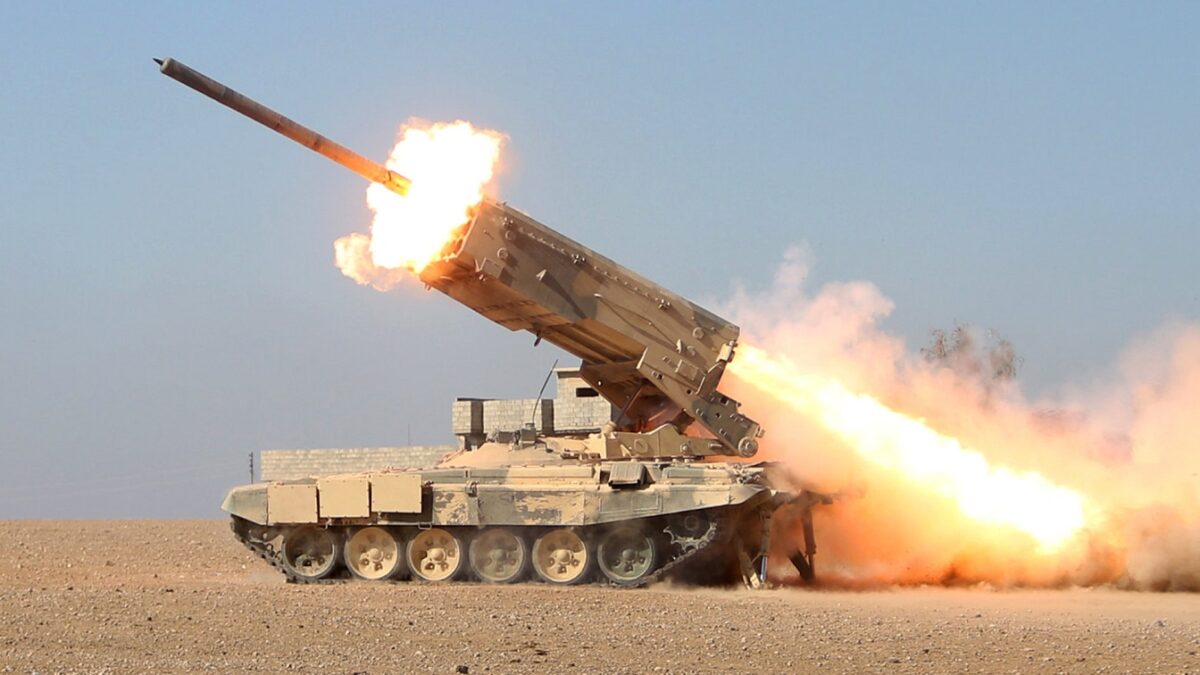 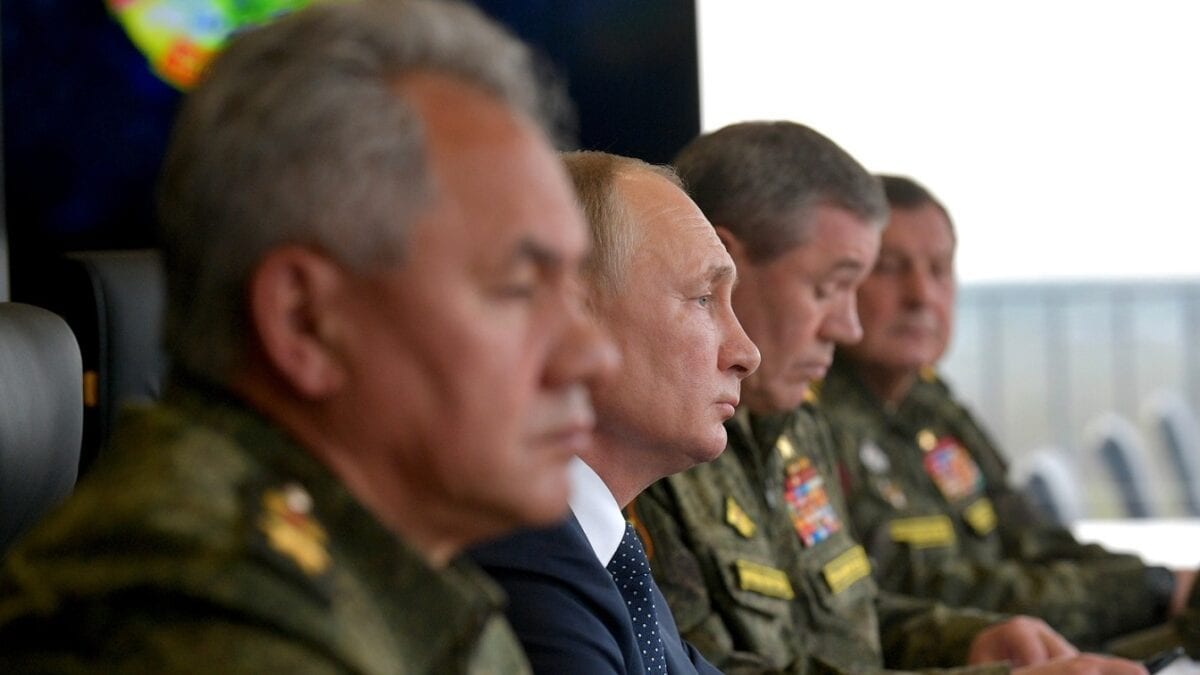 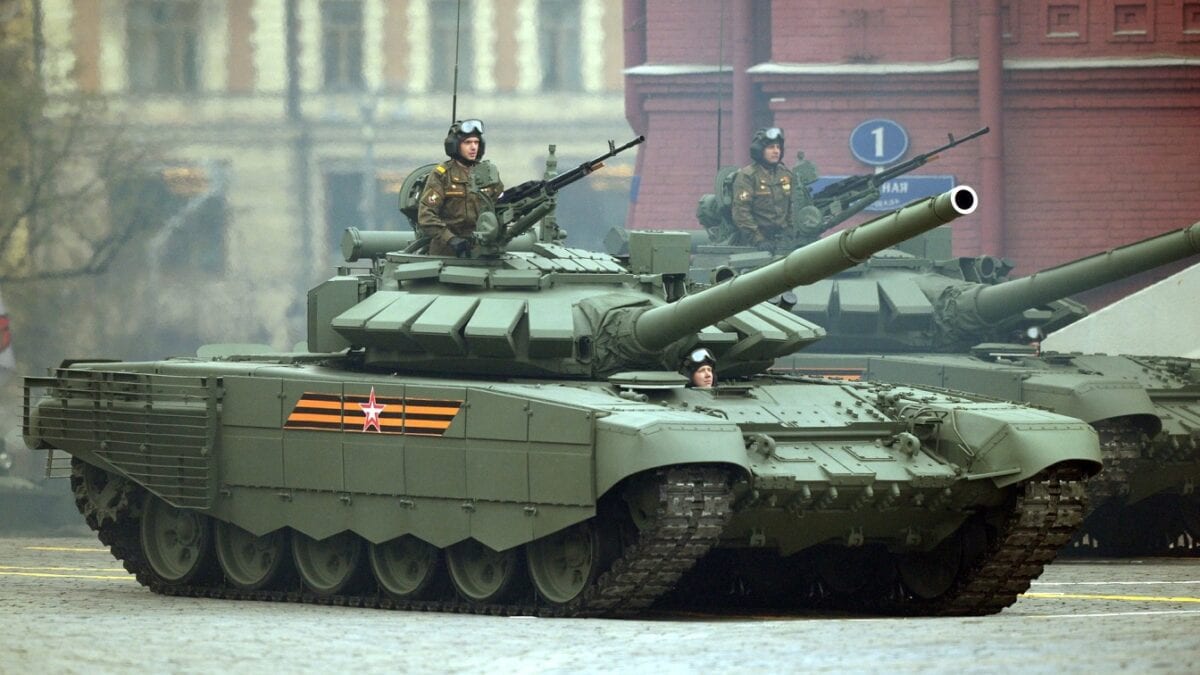 As such Russian forces have not managed to capture one major city though Kyiv, Mauripol, and Kharkiv were both under siege by day 4. Russian casualties are unknown but assumed to be heavy.

Most of this should not come as a surprise.

Despite Putin’s new military toys, the Russian military has suffered from bad morale and corruption. Even Russian junior officers live in squalid conditions in an army that affords little or no respect to them.

A lot of the poor tactical training could already be seen in Syria and elsewhere. For example, the nominally private but heavily connected to Russian military Wagner mercenary group has suffered large casualties in combat operations, especially in Syria. In 2018 American forces annihilated a combined Syrian/Wagner force using artillery and helicopters without any American casualties and only one allied soldier wounded.

Training for Wagner is conducted by the Russian military and especially with the 10th Special Purpose Brigade of Russia’s GRU. It can thus be assumed that this training is similar to that provided to Russian troops. If the performance of Wagner is anything to go by, then it can be assumed Russian troops would not be much better and indeed the Ukrainian experience is massive evidence of this inherent incompetence.

The performance of Russia’s air forces and air defenses in Syria and Libya indicated many issues with Russian systems. In Syria, the Russian air force relied mainly on short-range unguided weapons. Delivering these unguided weapons requires the aircraft to fly over the enemy and thus over potential air defenses. ISIS did not have integrated air defenses so Russian aircraft could attack without much risk. As mentioned Ukraine has a rather sophisticated air defense system so attacking using short-range weapons entails much more risk to aircraft attacking using old-fashioned unguided attacks more suited to World War II than the modern battlefield. 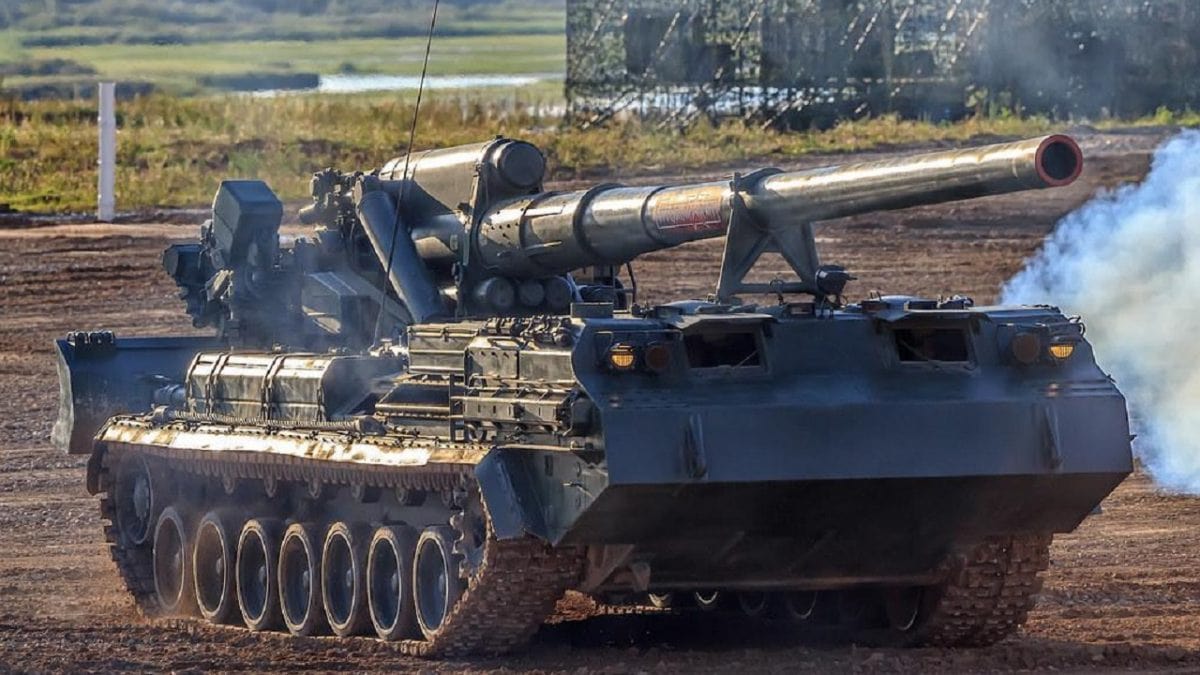 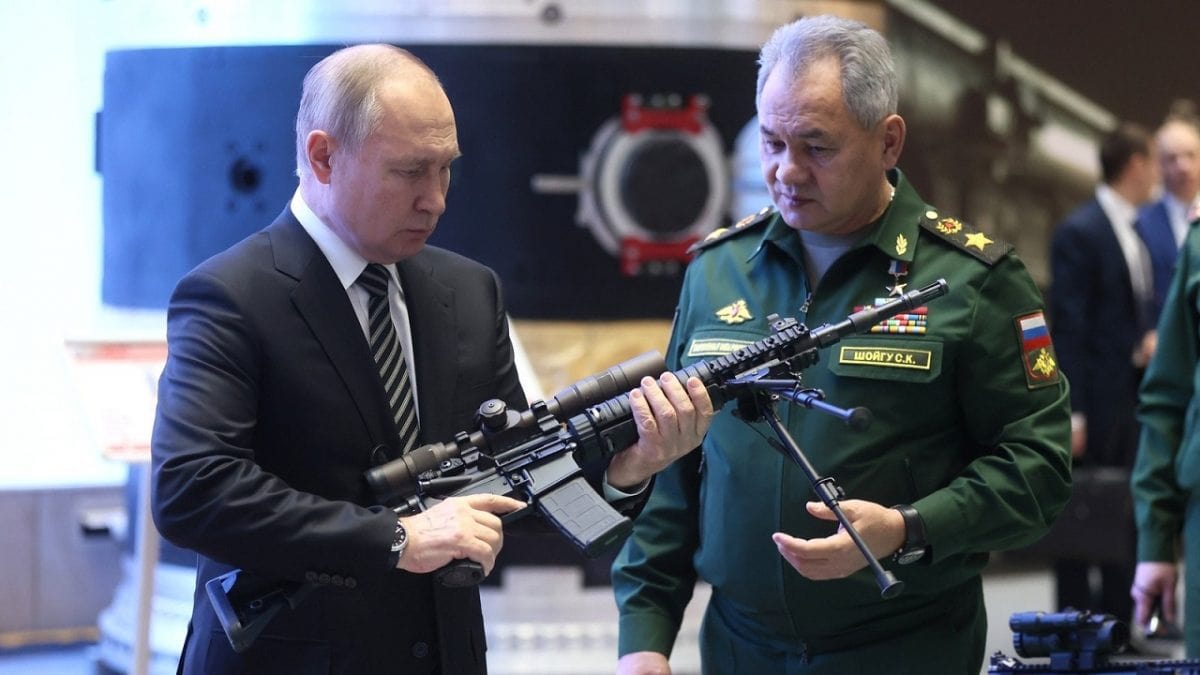 Russian air defenses have also proven to be inadequate against drones and stand-off munitions in Libya, Syria as well as Nagorno-Karabakh.  In Syria, Israel has regularly avoided the much-vaunted S-300 systems with the Syrians apparently admitting the Russian systems were useless against Israeli cruise missiles.

Additionally, Sweden’s Defence Research Agency has reported that even the latest S-400 systems are overhyped and nowhere near as capable as claimed.  Russia has deployed S400s against Ukraine though, given Ukraine’s air force activity, it is evident these have not performed as promised.

Wargames in 2014-15 showed the Russians would overwhelm NATO forces in Baltic states in 36-60 hours. An exercise in Poland showed the country would not last a week against a Russian onslaught.  The Ukrainian experience means all this needs to be reconsidered.

Given Russia’s pathetic performance against a supposedly much inferior opponent, it cannot be seen how Russian forces would prevail over NATO. If the Russian forces can’t overwhelm an air force with 120 aging fighters how are they to overwhelm large modern fleets of F-22s, F-35s, Eurofighters, and other advanced combat aircraft supported by AWACS and other advanced intelligence gathering sources as well as large numbers of drones?

One cannot see Russian forces advancing at all against NATO without air superiority. And the apparent weakness of their air defense systems especially against stealth aircraft and drones would result in Russian ground forces being annihilated.

Against NATO, Russia would quickly have to consider whether to go nuclear, something it may already be doing in Ukraine.