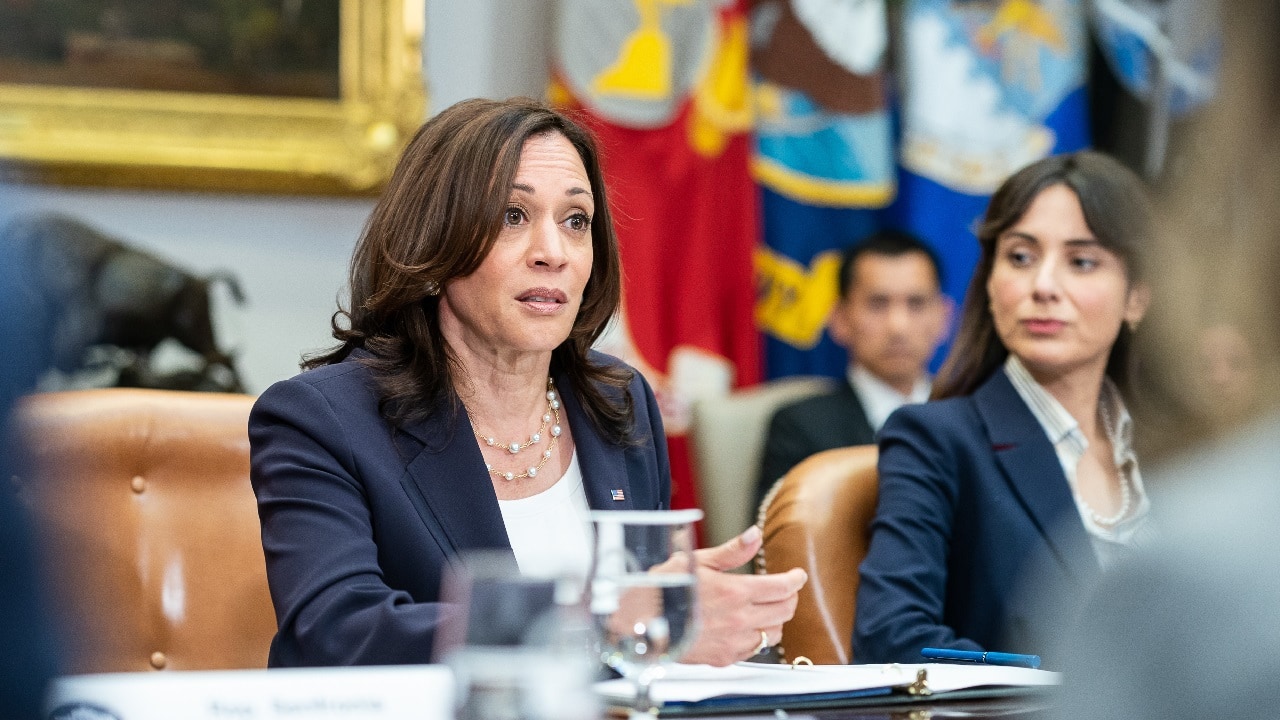 Most of the media buzz around former Vice President Mike Pence’s speech to the Federalist Society revolved around him saying, “President Trump is wrong.” He added, “Under the Constitution, I had no right to change the outcome of our election. And Kamala Harris will have no right to overturn the election when we beat them in 2024.”

Pence’s reference to Vice President Kamala Harris ensured applause from the conservative legal group that aside from their probable concerns about procedures in the 2020 election knew Pence was of course correct. If a vice president could change the outcome either under a tortured constitutional interpretation or even under the Electoral Count Act of 1887, it almost surely would have been done before. Does anyone think Al Gore wouldn’t have tried to exploit such a loophole?

Though, the reminder that Kamala Harris will preside over the electoral vote count before a joint session of Congress come January 2025 does prompt an intriguing what-if thought exercise.

What Would Kamala Harris Do?

So, what would she do? It’s a serious question.

Last month at a press conference, Biden complained that if the Democrat election overhaul legislation didn’t pass that the 2022 election, “would easily be illegitimate,” and “The increase in the prospect of being illegitimate is in proportion to not being able to get these reforms passed.”

Will Democrats also pre-judge the 2024 election as illegitimate?

Such line of thinking goes back further than Biden’s press conference.

Numerous Democrats in Congress concocted absurd conspiracy theories about Republicans shutting down the U.S. Postal Service and blocking mailboxes to stop voting. Hillary Clinton said in August 2020 that “Joe Biden should not concede under any circumstances.”

That summer, a group of Democrats and NeverTrump Republicans convened for what they called the “Transition Integrity Project” to “wargame” several election scenarios. One scenario was a Trump victory in which, according to The New York Times, Clinton’s 2016 campaign chairman John Podesta: “playing Mr. Biden, shocked the organizers by saying he felt his party wouldn’t let him concede. Alleging voter suppression, he persuaded the governors of Wisconsin and Michigan to send pro-Biden electors to the Electoral College.”

Sending alternative electors is essentially what Trump and his legal team attempted and failed to get Republican state legislatures to do.

If Trump had won the election, would Biden have followed the advice of Clinton and Podesta and refused to concede? Any answer would only be speculative.

To be clear, none of this is to excuse any of Trump’s behavior after defeat. It’s to set a template as to what could be ahead in 2024.

If the Republican ticket is victorious in a close and divisive contest—what happens? Let’s even up the ante. What if the Democrats with Harris on the ticket win the popular vote but lose the Electoral College vote?

I should note that there is a bipartisan effort in the Senate now to clarify that the Electoral Count Act does not authorize the vice president to overturn the election. But who’s to say Congress can actually pass it?

Trump claims the mere fact that Congress is considering such legislation meant it was legal before. If Democrats claim their loss is because of mass voter suppression—and that’s generally the de facto excuse—there could be party pressure for Harris to take an unprecedented step. Democrats might even be opportunistic enough to cite Trump, who did say his VP, “didn’t exercise that power, he could have overturned the Election.”

It’s not that difficult to imagine some of the same leftwing activist groups that demanded an end to the Senate filibuster more recently and that called for Trump’s impeachment before he was inaugurated would at a future point demand “in the name of democracy” that Harris “act on behalf of justice” and declare Democrats the winner.

Harris—as either the vice president or the presidential candidate—could face immense pressure from her base that might filter up to the leadership of her party, some who might fear primary challengers. Also, she would have to battle with her own ambition.

Kamala Harris Would Be Under Tremendous Pressure

Keep one thing in mind, she would likely have significant institutional support for overturning the election result.

MSNBC, CNN, Ivy League law professors and an army of liberal “fact-checking” websites would provide a tortured explanation as to why the January 2025 and January 2021 circumstances are entirely different. It wouldn’t matter how little evidence of voter suppression existed, denying it would be deemed heresy by the major networks, The New York Times, The Washington Post, and other outlets.

Particularly if she were in the position of declaring herself president, it could be a sticky situation. But she would almost certainly get plenty of cover from legacy media that would follow some line of logic that this is bigger than one person. Kamala Harris would be a historical first woman president and a woman of color at that. Is following antiquated procedures of the Electoral College important enough to toss aside an intersectional achievement? With this type of push, Kamala Harris might not worry about how history would judge her.

Perhaps it’s something the Senate parliamentarian could simply fix. Or, somewhere along the way, the Supreme Court might weigh in. The high court prefers to stay out of congressional procedures—but counting the votes might rise to a rare exception.