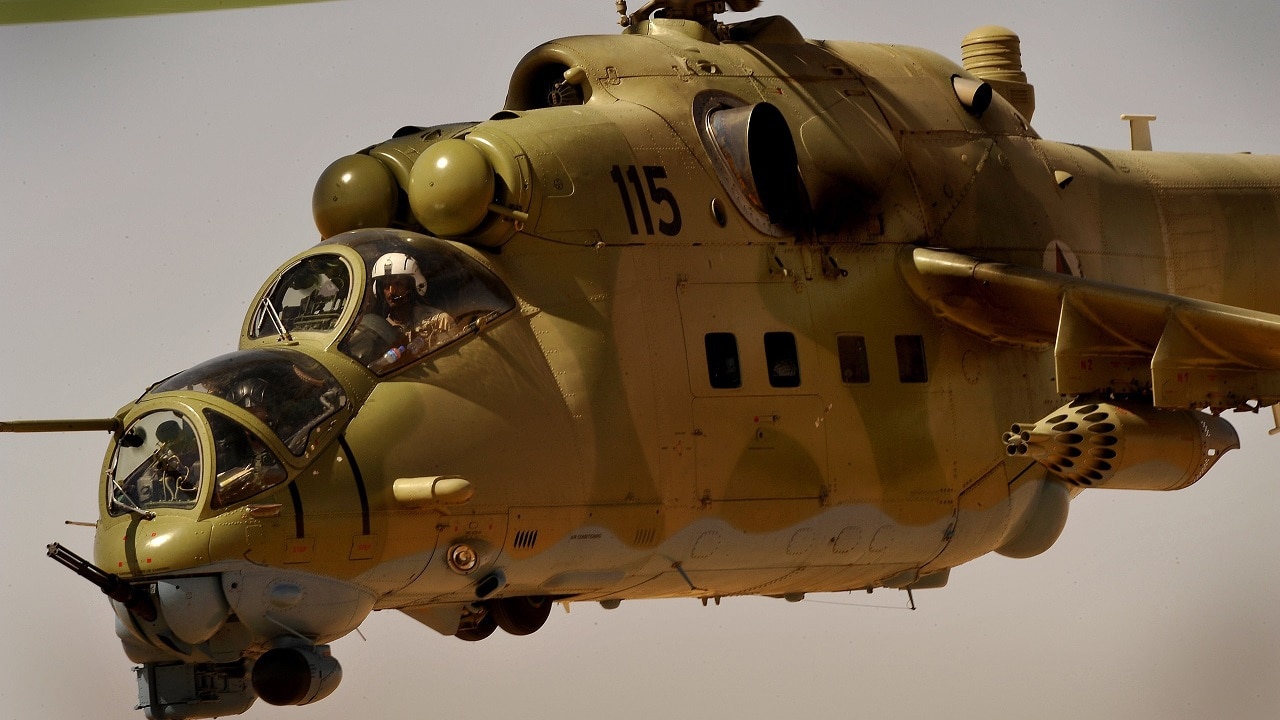 Death by Stinger? The Russian Mil Mi-24 Hind helicopter gunship and troop transport helicopter are showing vulnerabilities against the Ukrainian military. Ukrainian MANPADs (man-portable air-defense systems) and surface-to-air missiles are making it difficult for the Russian helicopter to accomplish its deep strike and close air support missions for Russian ground forces. Despite being called the “flying tank” by the Russians, it may not have enough armor to protect against Ukrainian MANPADS and SAMs.

Watch How a Mi-24 Crashes and Burns

A notable video shows a MANPAD destroying a Mi-24 in a dramatic loss for the Russians and a morale boost for the Ukrainian military. On March 5, an Mi-24 was flying about 25 miles north of Kyiv when it was shot down by a Stinger MANPAD that resulted in a large fireball after crashing to the earth. Various Ukrainian military sources trumpeted the video. “This is how the Russian occupiers are dying,” the Ministry of Defense said in the text. “This time in a helicopter!”

Susceptible to Stingers in Soviet War in Afghanistan

Since its introduction in 1972 and deployment by the Soviet military in greater numbers in the late 1970s, the Mi-24 has served on dozens of battlefields and has been exported to numerous countries.

The Soviet War in Afghanistan showed that it had difficulty against the Stinger which the CIA began providing to the Mujahideen in 1986. The Stinger could lock onto the heat and exhaust from the helicopter’s engines. The MANPAD also could attack the Mi-24 from all angles.

In addition, the Ukrainians are using older Russian-built Soviet-era Strela or Iglas-S MANPADs to defend against Russian helicopters. These are also heat-seekers. The Mi-24 attempts to use flares to fool the guidance of the missiles, but this doesn’t always work. Meanwhile, titanium armor is supposed to protect the helicopter from ground-to-air missiles.

The Mi-24 looks formidable when loaded for combat. It has a five-blade main rotor and a three-blade tail rotor. Two powerful turboshaft engines can provide a maximum speed of 193-miles per hour. This is a higher speed than other attack or transport helicopters in its class. Two crewmen pilot the aircraft and operate its weapons systems. A flight engineer can also be on board. It can transport eight soldiers or four stretchers for medevac missions.

The Mi-24 Can Be Armed Substantially

The main armament is the YakB four-barreled, gatling-style 12.7mm machine gun that can fire 4,000 to 4,500 round per minute. The Mi-24 can carry up to 12 anti-tank missiles – the short-range Shturm or the longer-range Ataka. It can also be fitted with rocket and grenade-launchers. For targeting there is a forward-looking infrared pod, plus a laser rangefinder, and pilots can wear night-vision goggles.

The Russians likely have 700 Mi-24s and they have been upgraded with numerous variants over time with the Mi-24D being the most popular model. The Mi-24 can blast enemy positions and then land troops. At times, the Ukrainians have been able to fight it off before it drops off soldiers.

The Russians have adjusted convoy tactics and have been flying gunships ahead of traveling vehicles. They are counting on helicopter radar and sensors to provide early warning against ambushes. But this low-flying mode is dangerous, and susceptible to MANPADs even though the Mi-24 is fast for a helicopter.

The Mi-24s may have to fly higher to remain out of range of the MANPADs and then swoop down quickly in numbers and depend on their electronic countermeasures to defend against Ukrainian missiles. The Russians have their work count out for them and the size of the supply of Stingers from the United States and NATO countries will decide the fate of the Mi-24 in Ukraine.