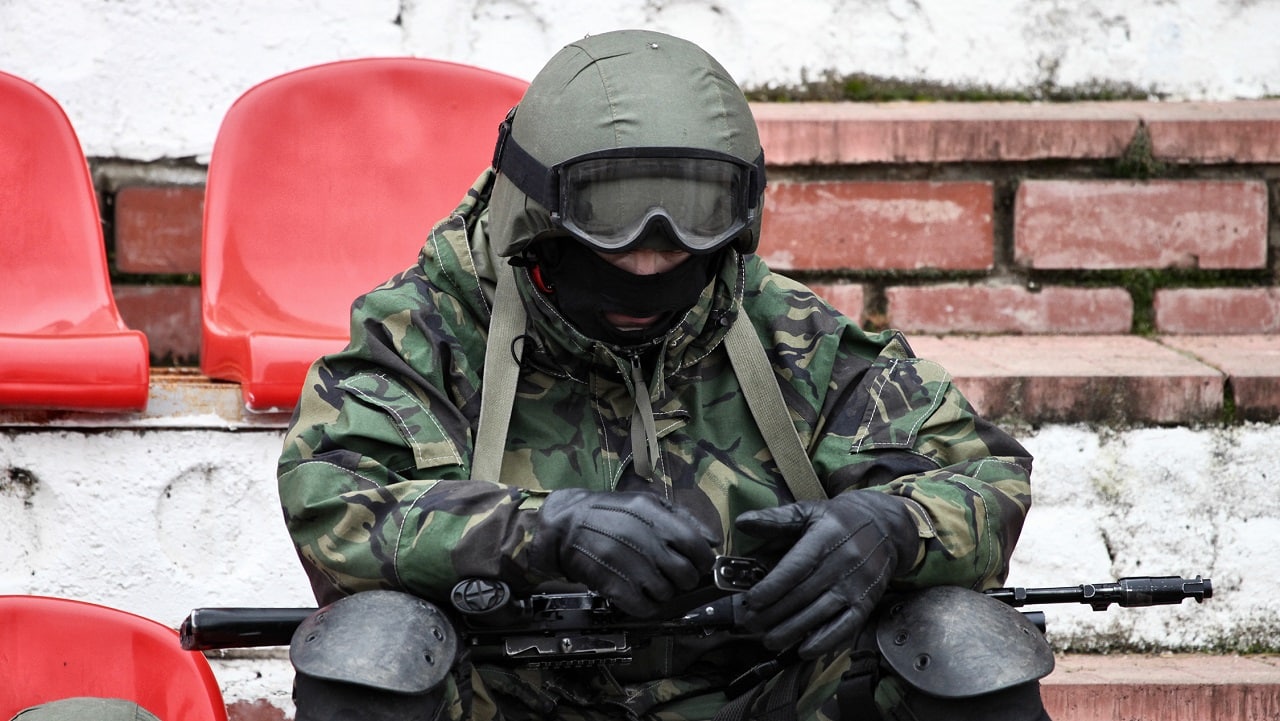 Putin Expected a Quick Victory in Ukraine – Instead, Causalities Are Mounting: Prior to launching its unprovoked invasion of Ukraine, Russia spent weeks building up its forces – with as many as 150,000 men massed on the border. Now three weeks after the beginning of Russian Federation Vladimir Putin‘s so-called “special military operations,” just slightly less than ten percent of Russia’s soldiers may have been killed or wounded.

According to Ukraine estimates Russian casualties could be as high as 13,500.

In no way could that be considered even remotely a success, especially as Russia has thus far failed to meet its objectives, and now faces the threat of having to besiege the Ukrainian capital of Kyiv if hopes for total victory. Other Ukrainian cities are also likely to turn into potential meat grinders. Simply put, the Ukrainians have put up a significant fight, and the old Russian tactics of overwhelming an enemy by a massed attack likely won’t work this time around.

Russia has begun to bomb the historic city but has not attempted a direct attack.

Facing fiercer than expected residence and with casualties mounting, Moscow has had to put out a call for “ volunteers,” and could soon send in thousands of Syrians, skilled in urban warfare, to help turn the tide back in its favor.

According to estimates from defense analyst David Hambling, Russia may have invaded with around 4,800 armored fighting vehicles (AFVs) and a total of 10,200 armored vehicles – if all of Russia’s Battalion Tactical Groups (BTGs) were at full strength. That is likely a big if, as it is rarely the case.

Russia is known to have a vast arsenal, one that includes as many as 12,420 tanks and 36,000 other armored vehicles – yet, many of those tanks could rightfully be considered old or obsolete. On paper, Russia seems like a powerful force, yet it could be described as a paper tiger. While such vehicles would no doubt be useful against an ill-equipped force, the Ukrainians seem determined and are reasonably well-armed. Then, as Hambling also noted, there is the issue of the crews to operate them, should casualties mount.

By contrast, the UK’s NLAW and United States’ Javelin anti-tank rockets are man-portable, shoulder-fired systems that are simple to operate. The U.S. has reportedly sent some 17,000 of the Javelins, while the British have sent nearly 4,000 NLAWs to Ukraine. That is more than the number of tanks Russia possesses.

The General Staff of the Armed Forces of Ukraine has reported that in addition to the 13,500 personnel taken out of action, 404 tanks have been destroyed. Ukraine is quickly becoming a grave yard of Russian tanks and armored vehicles.

More importantly, to put that number in perspective, the United States military destroyed around 186 Iraqi tanks and lost just four M1A1 Abrams during the 1991 Battle of Medina Ridge – the largest tank battle of the Gulf War. During that war, not a single Abrams crewman lost his life due to enemy fire.

The same isn’t true with Russia’s invasion in Ukraine, and in addition to mounting losses of experienced tank crews, Col. Andrei Zakharov, commander of the 6th tank regiment (Chebarkul) of the 90th tank division of the Central Command, was killed in action.

Moreover, based on the now viral videos that showed Ukrainian farmers towing away abandoned Russian tanks and vehicles, even what has been deployed to the front lines isn’t exactly “first rate” by any means. Reports continue to circulate that Russian tanks are regularly breaking down, which is especially bad news for the crews. Instead of offering protection, a broken down tank is little more than an armored coffin!

Even if the Ukrainian numbers are inflated, the U.S. Department of Defense (DoD) estimated that Russia was losing around 50 vehicles daily, and on March 8 put Russian losses at “8% to 10% of military assets.”

Hambling also noted that during the entire nine-year war in Afghanistan, the Soviet forces lost 147 tanks and 1,314 vehicles. With such casualties mounting, Putin has been forced to change his tactics.

Instead of a massed armor assault into Ukraine’s urban centers, Russia has begun to bombard them with rockets, artillery and airstrikes. However, that is unlikely to result in a military victory alone, and Ukraine has so far been able to strike back. The war is therefore only likely to get far uglier before it ends.

Peter Suciu is a Michigan-based writer who has contributed to more than four dozen magazines, newspapers and websites. He regularly writes about military hardware, and is the author of several books on military headgear including A Gallery of Military Headdress, which is available on Amazon.com.