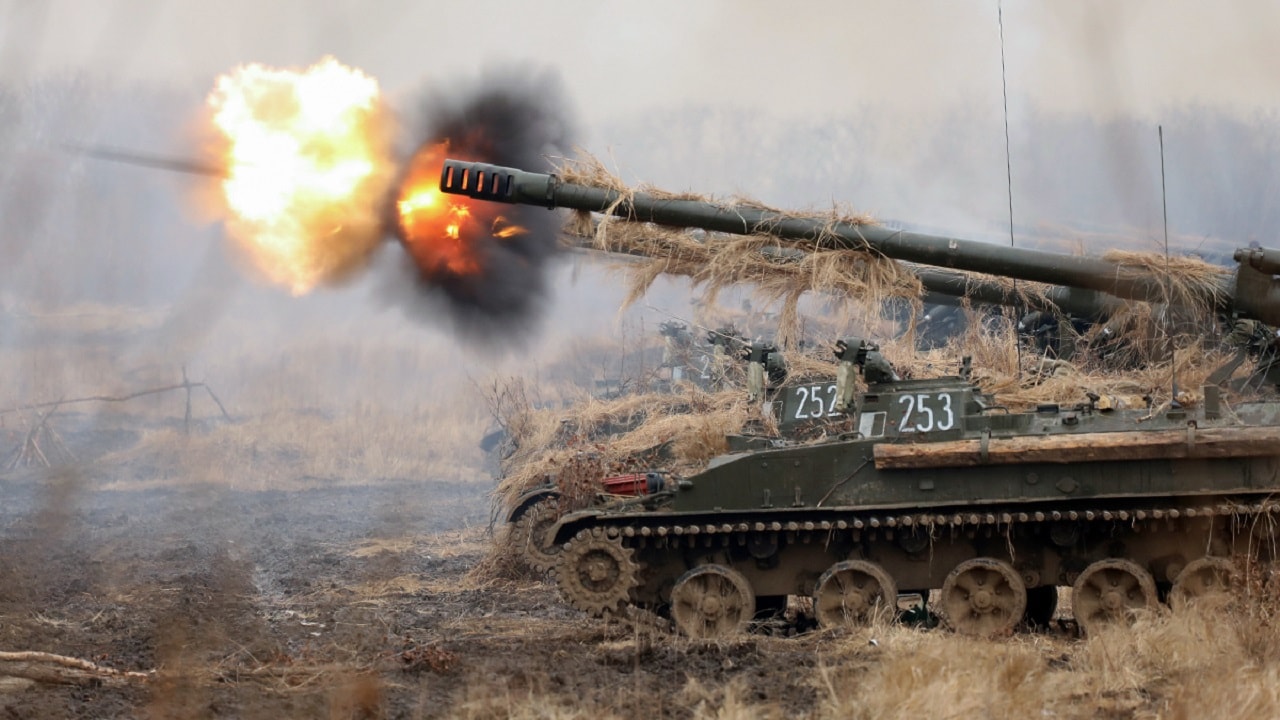 Refugees: Putin’s new weapon? Many in the West thought that war in Europe was a thing of the past. Putin’s unprovoked invasion of Ukraine put an end to that comfortable fantasy.

But Putin’s war effort didn’t start with a military invasion. Months before the Russian tanks started rolling, Putin was preparing the broader battlespace along the EU border. His weapon of choice: mass migration as in refugees.

In July 2021, Moscow’s puppet regime in Belarus began brutally driving thousands of desperate migrants to the Polish border. The forced migration was part of the hybrid warfare strategy designed by Moscow, and the West was ill-prepared for it.

You can blame the globalists for that. When the Soviet Union fell, they insisted that it marked “the end of history.” The bright new era would usher in a stateless society that dispensed with inconveniences like popular sovereignty and capitalism. Among the assumed blessings of this brave new world was the “right of migration,” which would help erase nations determining their own culture, economies, and polity.

But pushing for a borderless world not only undermined the stability of the nation-state; it created new vectors for bad actors to attack their enemies. As an institutional policy, the right of migration has failed the test and left us tap dancing through a minefield of social, economic, and political problems.

Traditionally, states managed their legal migration systems to sustain productive and thriving societies. Yet the 21st Century has already been marked by mass migrations driven by nonsensical political agendas and the acts of malicious adversaries.

Syria, for example, launched a refugee flood at Europe, and the first impulse of many Western leaders was to pretend this was little more than a humanitarian mission rather than an assault driving helpless, desperate people north to both pressure and destabilize Europe.

In the United States, the new administration has adopted an open borders policy that has allowed millions of immigrants to flood into the U.S. with virtually no vetting, no controls and no accountability.

These actions constitute assaults on stable states. In addition to imposing massive burdens for taxpayers, they foster organized crime, drug epidemics, transnational terrorism and other security threats and create political turmoil. Sound policies built on public safety, fiscal responsibility, and national sovereignty are pushed to the side with predictable results.

“Woke” policies offer no solutions for how to deal with a swelling tide of migrants. Worse, the “countermeasures” that governments are taking seem to be creating new threats and more problems. In principle, both the United States and the European Union have plenty of laws, procedures, and ideas about what the migration process should look like. In practice, however, migration policy has become hostage to the narratives of progressive circles who justify open borders based on the Marxist theory that immigration controls are a legacy of imperialism. Hardly anyone has the courage to screen migrants for their criminal record, not to mention their willingness to work and comply with societal norms. Indeed, even mentioning the need for immigrants to assimilate in their host nations is now routinely derided as racist.

But Lithuania and Poland have shown that it doesn’t have to be that way. They put a stop to this nonsense by refusing migrants send west by the Belorussian regime. The scam, sometimes perversely referred to as “refugee tourism,” was to issue tourist visas to Egyptians, Indians, and Pakistanis whom Lukashenko promised to help illegally cross the border further west.

Thanks to the firm stance of the Lithuanian and Polish governments, it didn’t work. The “tourists” were sent back. The biggest challenge was not policing the border but resisting the massive pressure from progressive circles demanding sanctions against Poland for racism.

Now, when a genuine humanitarian crisis like the war against Ukraine appears on Europe’s doorstep, yet more resources must be redirected to deal with it. Don’t think this will be the last. There will be more efforts to hammer the West with human waves.

This will only stop when nations take the self-imposed weakness of open borders off the table. Stop allowing the exploitation of refugees and asylum to become commandeered as back doors for unlimited migration, and focus on keeping them as legitimate humanitarian instruments. Establish secure borders, and enforce immigration laws that prudently address security, economic, and societal concerns and allow nations to welcome legitimate, legal immigrants as they see fit. Cease attacking responsible nations when they act in their own self-interest to keep their countries free, safe, and prosperous.

Finally, the free world needs to start taking seriously the threat posed by manufactured mass migration. The unfree world—China, Russia, Iran, and more—wants to take us down. To do that, they will use all means necessary—including hybrid warfare. Others wish to weaken and exploit us as well: transnational criminal cartels, the exploding network of human smugglers, and the resurging transnational terrorist groups.

The free world must increase its capacity to protect its interests. Our security, prosperity and way of life depend on our ability to counter not just conventional military forces and weapons of mass destruction but weaponized mass migrations as well.