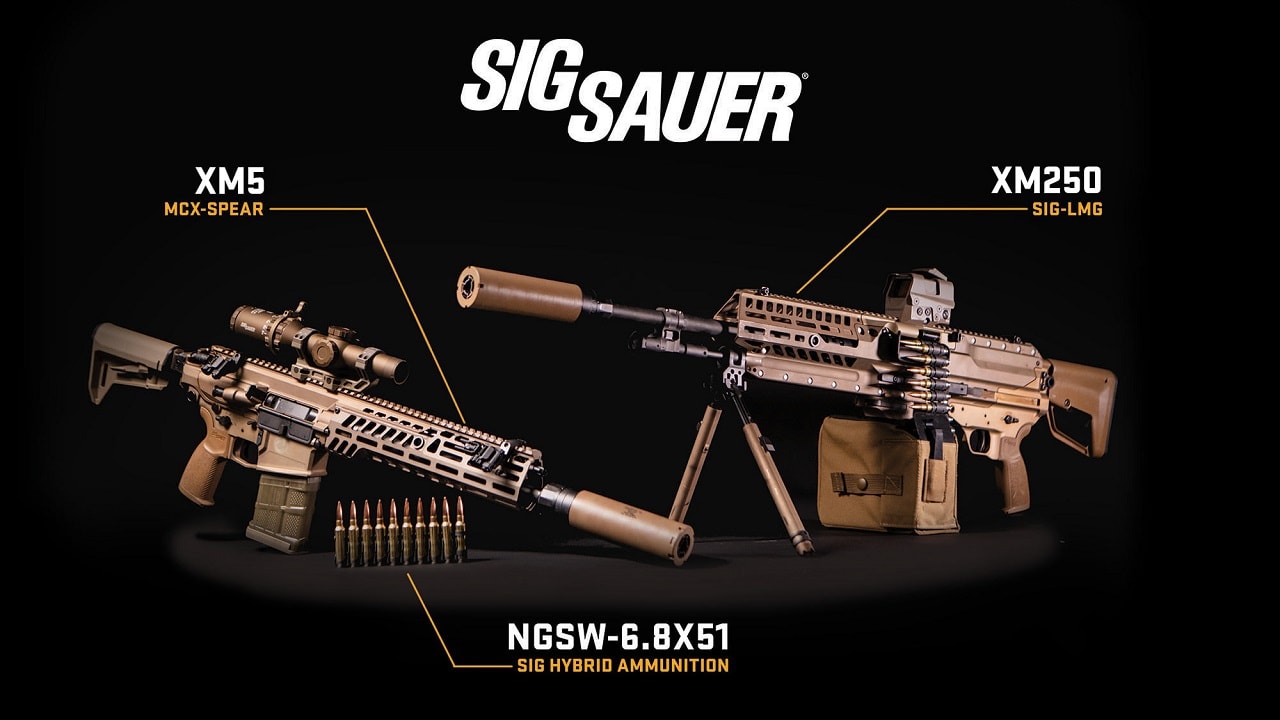 The Army Chooses Sig Sauer for the New Rifle, SAW For Close Combat Troops – The US Army has ended a 65-year history with the M16/M4 rifle and the 5.56mm rifle cartridge with the selection of Sig Sauer’s XM5 rifle and XM250 Automatic Rifle as the next weapons for troops beginning in late 2023.

The New Hampshire-based Sig Sauer weapons manufacturer has already secured the contract to supply the Army with the M17 and M18 handguns and was awarded a 10-year, $20.4 million dollar contract that will not only replace the venerable M4 rifle but also the ammunition.

The XM5 and XM250 will use the new 6.8mm ammunition that Army officials say will increase accuracy, range, and lethality for its combat troops.

The Road to Sig Sauer

The Army began search for the Next Generation Squad Weapon began back in 2017 and has now culminated in the Army once again choosing a design by Sig Sauer as it beat out the designs by General Dynamics and Textron Systems.

The new XM5 and XM250 will at least initially replace the M4 in infantry, scout, combat engineer, and special operations units. While the M4 will continue to be used by the rest of the Army. The weapons will also be available for the other armed services to adopt as well as eventually be available for foreign military sales to the US allies.

6.8mm Ammunition is the Key to the New Weapons:

While the Sig Sauer weapons passed rigorous testing, the real change, in essence, is the ammunition.

The 6.8mm ammunition will travel supersonically longer than the current 5.56mm ammunition which will provide the troops with a more accurate and lethal round as well as a more controllable round than the current 7.62mm in the automatic weapons. The 6.8mm round is optimal for close combat between 500 and 600 meters according to Army officials.

The ammunition is what will hold up the deployment of the new weapons until the 4th quarter of 2023. Until the Army has enough ammunition stocks built up, they can’t field the new rifles to the troops. The ammunition uses a hybrid-metallic casing consisting of brass and steel that reduces its overall weight.

While the Army will have enough ammunition to field the first few weapons in late 2023, it has already begun work to build a new facility at the Lake City Army Ammunition Plant in Missouri that should start producing rounds in 2025 or 2026.

Both of the Army’s new weapons will feature the XM157 Fire Control optic, which is being made under a contract that was awarded to Vortex Optics subsidiary Sheltered Wings in January. That contract will be worth $2.7 billion over the next 10 years, as they produce 250,000 optical units according to Army officials.