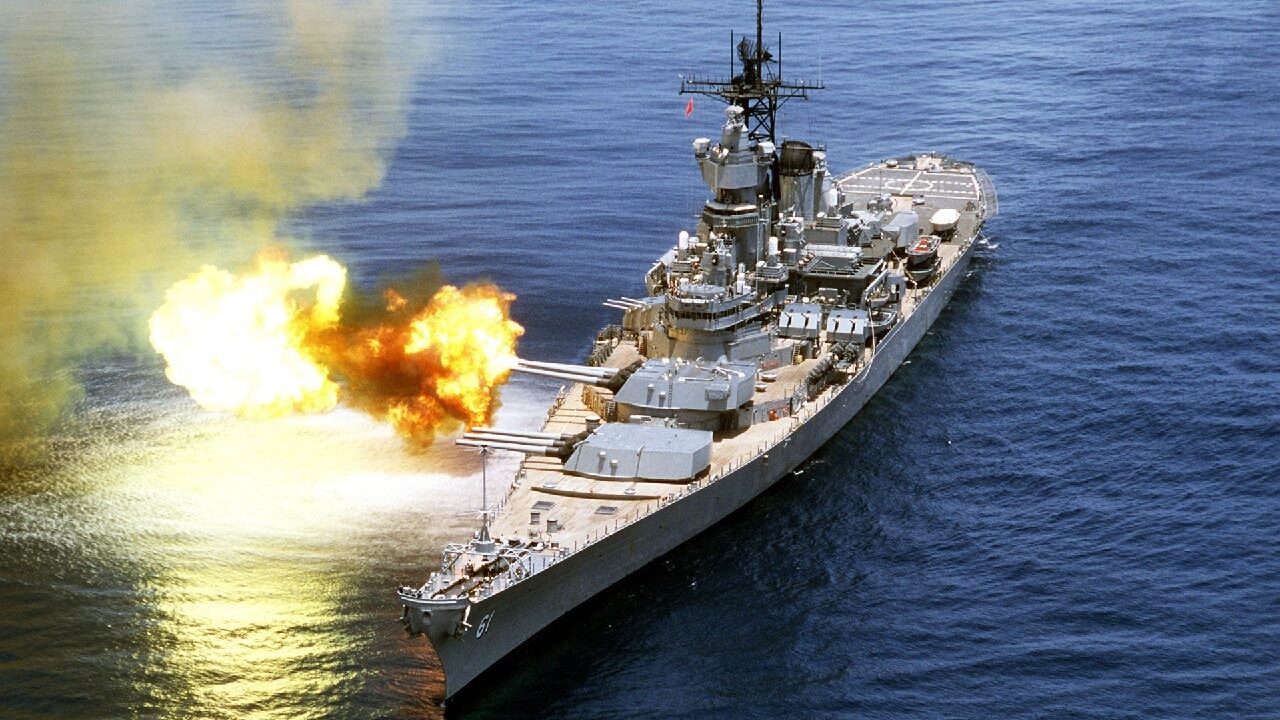 The US Navy built the Iowa-class battleships to help win World War II. While they certainly helped accomplish that, they ended up helping win the Cold War as well: While the United States Navy’s USS Iowa (BB-61) didn’t enter service until 1943, she and her sister battleships had their sights on the Imperial Japanese Navy before construction even began. In 1936, when there was every indication suggesting that the Empire of Japan would fail to ratify the London Navy Treaty, the United States Navy began the development of a new class of “fast battleships” to succeed the South Dakota-class battleships then under construction.

Due to the failure of the treaty, battleship displacement was increased to a limit of 45,000 tons. The American planners opted to use the increased tonnage for extra power and protection rather than for increased firepower and armament, which naval officials had considered to have reached an acceptable plateau. Another consideration was a warship that would have a maximum beam that would allow it to pass through the Panama Canal – and thus be readily able to operate in both the Atlantic and Pacific Oceans.

Work on what was to become the warships began in early 1938 under the direction of Adm. Thomas C. Hart, head of the General Board, which followed the Battleship Design Advisory Board’s recommendation. At 860 feet long, the length of almost three football fields, the Iowa-class was 200 feet longer than the previous South Dakota-class. That allowed for additional space to be devoted to the ship’s engine, enabling the new class to be truly fast, reaching a top speed of 32.5 knots and protecting the U.S. fast carriers.

Although the armament was not increased in terms of caliber or number, it was improved in quality. The new 50-caliber 16-inch (406mm) gun replaced the 45-caliber weapon employed in the South Dakota-class. In addition, a new turret had been designed, which also saved almost 850 tons. The new class also carried the same secondary battery of twenty 5-inch/38mm guns in ten twin turrets.

The battleships were equally well protected, with a belt of internal hull armor plates – consisting of nickel-steel – of 12.1 inches (307.3mm) tapered to 1.62 inches (41.1mm) on a 19-degree incline, while the face-plate of the turrets had 17 inches (431.8mm) of armor. Instead of bulges, the Iowa-class was provided with solid internal protection, which consisted of four substantial longitudinal bulkheads, alternate bulkheads reaching up to the armored decks running into the top and bottom of the main belt.

U.S. Steel, Bethlehem Steel, and Lukens Steel all manufactured the armor used on the Iowa-class battleships, and it was strong enough that it could have likely withstood a direct hit from an 18-inch armor-piercing shell from 18,000 yards (about 10 miles). 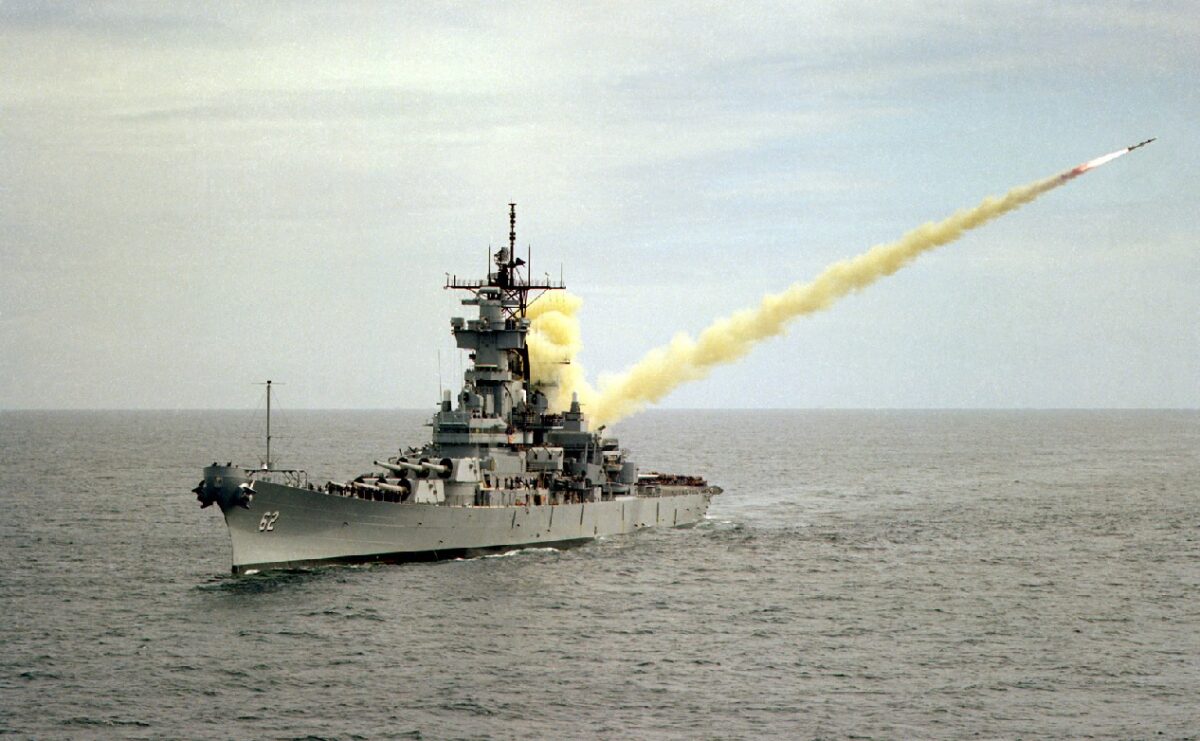 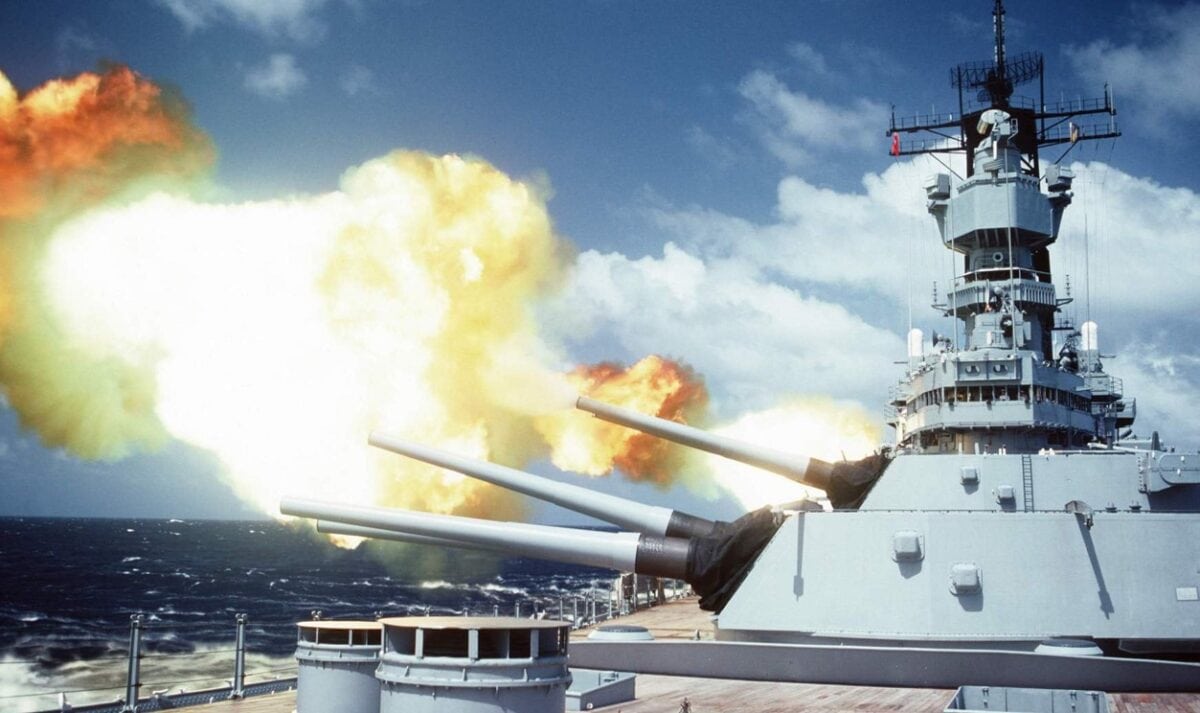 It took approximately two years, eight months to build each of the four completed Iowa-class battleships. Though some 2,800 men would serve on each of the warships during in World War II, tens of thousands of men and women worked in shifts around the clock at each of the U.S. naval yards that produced the battlewagons. More than 71,000 people were employed at the Brooklyn Navy Yard, the largest center in the navy and the largest employer in the State of New York during the war.

As capital warships, they were a capital investment, costing a reported $100 million each in 1940 dollars – or around nearly $2 billion per ship today. However, to put that in perspective, the U.S. Navy’s USS Gerald R. Ford (CVN-78) aircraft carrier has been estimated to be $13.3 billion – but it is running 30 percent overestimates. 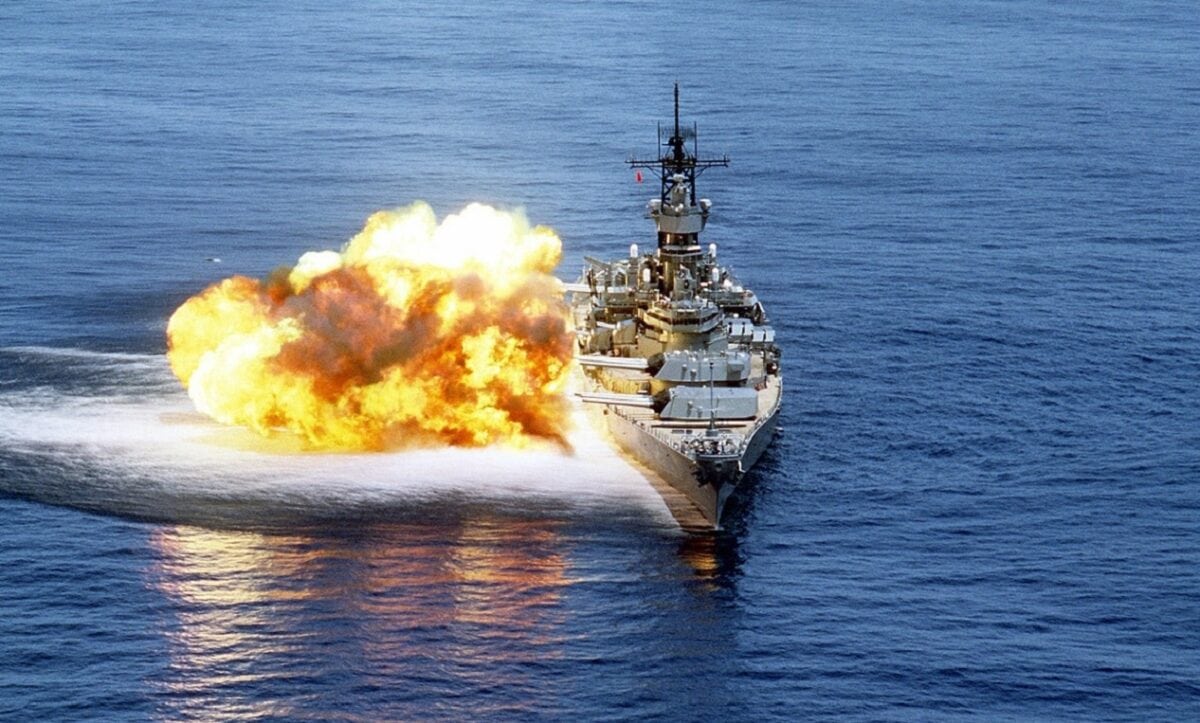 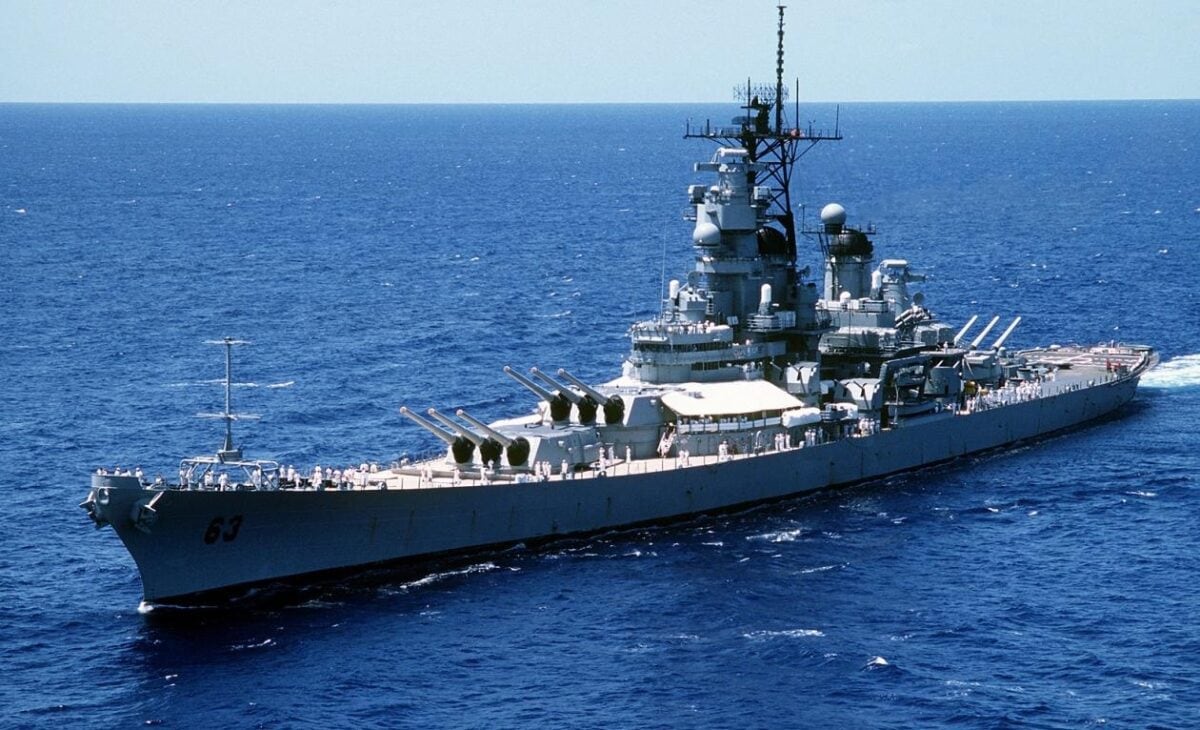 For the cost of the single carrier, the Navy could have built all six Iowa-class battleships with money to spare.

In this article:Iowa, Iowa-class, Iowa-class Battleship, Navy, NotHome, US Navy