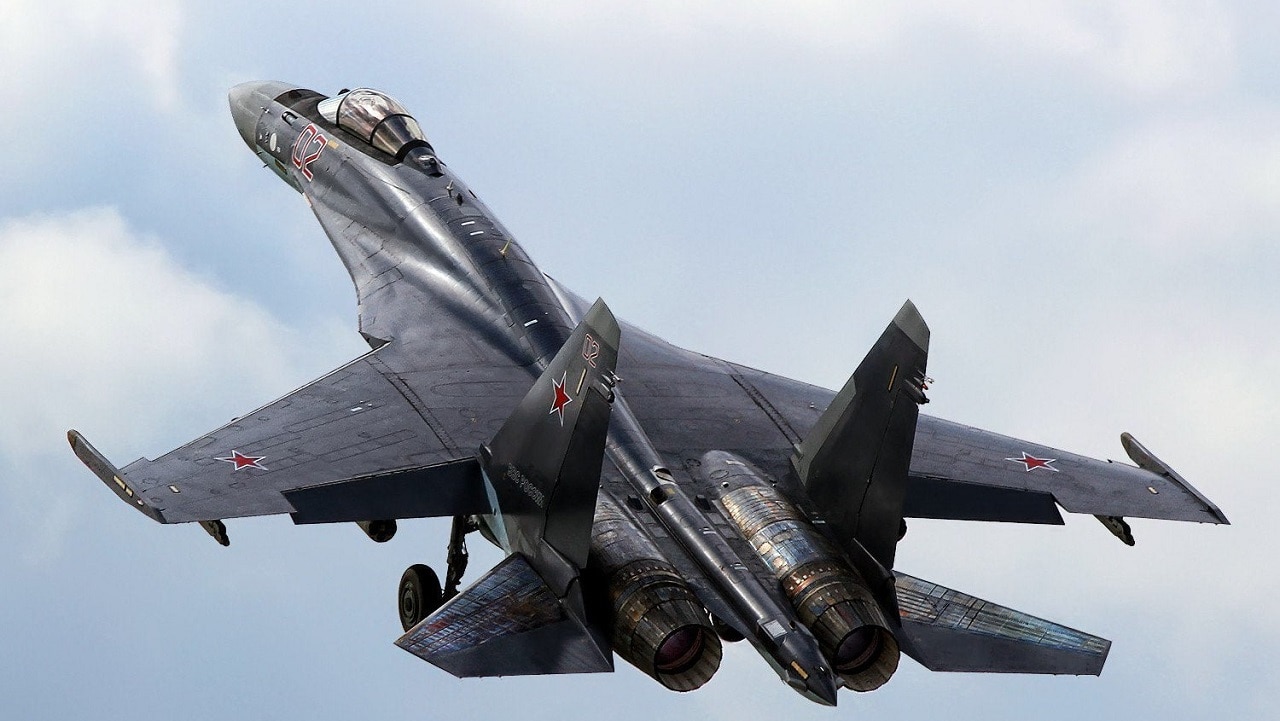 While she is not a stealth fighter like the F-22 or F-35, the Su-35 is perhaps Russia‘s best operational fighter jet. And in Ukraine all is not going to plan: Russia’s Su-35 Flanker-E has a mixed record in Ukraine. It has reportedly been shot down by surface-to-air missiles and maybe even a MiG-29 destroyed at least one in a dogfight. It has since adjusted its tactics to focus on suppressing Ukrainian air defenses rather than just executing air superiority missions. The Sukhoi Su-35 has been hyped as a fourth-generation ‘++’ fighter – not stealthy – but still a powerhouse in the skies.

Let’s take a closer look at what the Su-35 has been up to in the war in Ukraine and see if it is living up to its reputation.

A confrontation with at least one Ukrainian MiG-29 and S-300 surface-to-air missile didn’t go well for the Su-35S in early March. The Ukrainian military claimed two of the Flanker-E fighters were shot down. The Su-35S should be superior to the MiG-29, but in this dogfight (if reports are true), it appears that pilots on the Ukrainian side got the best of the Russians. “So far, the enemy predominates in the number and quality of the aircraft and weaponry, but not the skills,” the Ukrainian military said.

Besides dogfighting, the Su-35S airplanes began to execute suppression of enemy air defense missions. On March 8, the Russian Ministry of Defense released a photo of a Su-35S with two anti-radiation missiles, according to Janes.

The Su-35S was armed with Kh-31P missiles in order to destroy radar installations. The Kh-31P is a supersonic weapon that travels at MACH 1.8 and is supposed to be impervious to countermeasures.

The Su-35S is actually based on the Su-27M. But the Su-35S has better thrust-vectoring engines. Twin Saturn AL-41F1S turbofans give the Su-35 agility to outrun other fourth-generation fighters. The twin engines provide the fighter with a maximum speed of 1,550 mph and a ceiling of 59,050 feet. These specs are supposed to make the Su-35 super maneuverable in aerial combat.

Su-35 Is Well-Armed, As You Would Expect from a Fourth-Generation ‘++’ Fighter

The airplane can carry a full complement of missiles and smart bombs. This includes a 30mm autocannon. There is 17,630 pounds of payload with 12-external points. It deploys a diverse range of air-to-air, air-to-ground, the afore-mentioned anti-radiation, plus anti-ship missiles. Smart munitions include TV, laser, and satellite-guided bombs. The Su-35S can also perform close air support which it exhibited during the Russian intervention in the Syrian civil war.

The Su-35S also has a modern avionics suite. Its Irbis-E passive electronically scanned array radar can track as many as 30-targets at a range of around 217-miles. The Su-35S has strength in numbers.  According to Military Watch Magazine, “With the Su-35 designed to operate in large squadrons and share target data through data links, the situational awareness for a full unit will be far greater than that for a single aircraft.”

Skies Over Ukraine Are Still Contested

By now the Russian air force was supposed to have created air superiority in the skies. That hasn’t happened as the Ukrainian fighter pilots and air defenses have proved their mettle. It’s curious to see how well the Su-35S handles this unexpected adversity. Russian pilots may have come into the conflict over-confident. They also did not foresee the power of the S-300 SAM system. The Russians must be concerned about this development, and this has been exhibited by their use of anti-radiation missiles.

So, the Su-35S will have to be given a ‘C’ grade so far in the conflict. It has not dominated the skies – if reports of its difficulties in dogfighting are true. It should outfly a MiG-29 with no difficulty, so the responsibility lies with the pilots. But there will be ample time for the Russian aviators to adjust in-flight tactics as this war grinds on.