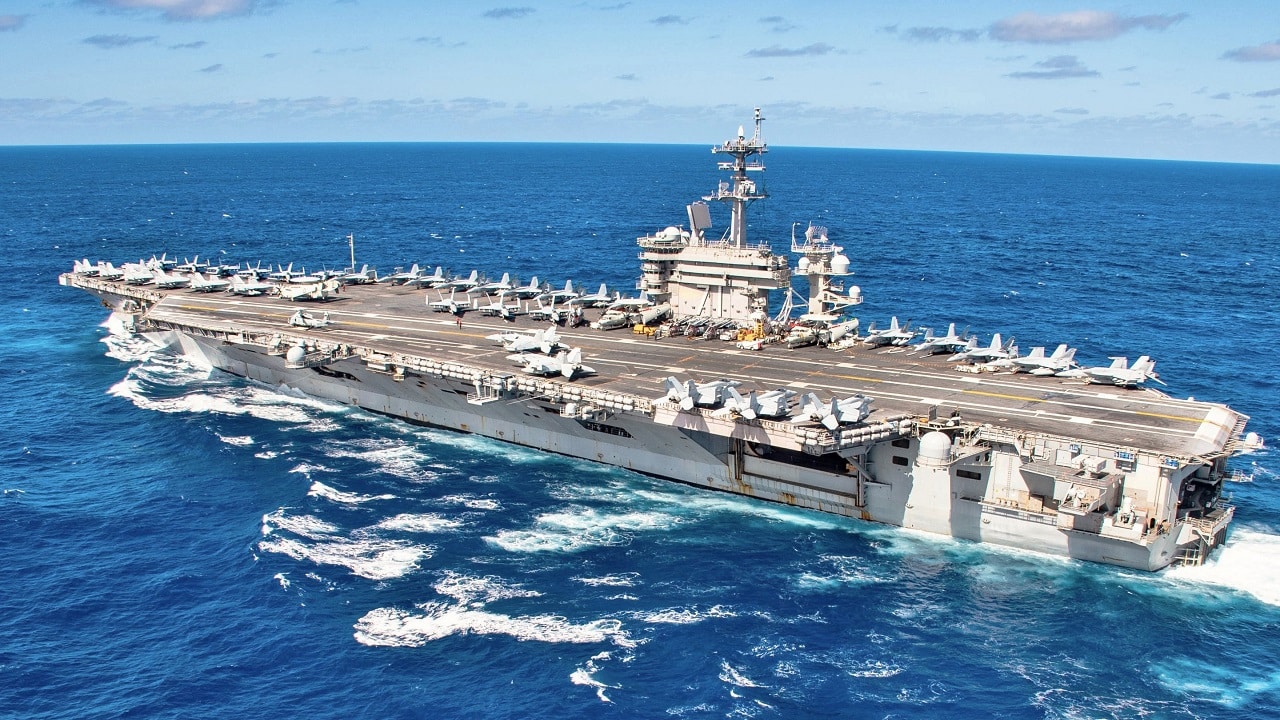 Last week the heads of state of the Quadrilateral Security Dialogue, or Quad, convened in Tokyo. Afterward, the White House released a communique announcing that the partners—Japan, Australia, India, and the United States—intend to work together to bolster “maritime domain awareness” throughout the vast geographic expanse that is the combined Indian and Pacific oceans. According to the White House, the Indo-Pacific Partnership for Maritime Domain Awareness will “transform the ability of partners in the Pacific Islands, Southeast Asia, and the Indian Ocean region to fully monitor the waters on their shores and, in turn, to uphold a free and open Indo-Pacific.”

Maritime domain awareness is a clunky phrase connoting reconnaissance, surveillance, and intelligence relating to the sea. Back in 2005, the George W. Bush administration’s Department of Homeland Security defined it as “the effective understanding of anything associated with the global maritime domain that could impact the security, safety, economy, or environment of the United States.” It’s “a key component of an active, layered maritime defense in depth,” fortified by “improving our ability to collect, fuse, analyze, display, and disseminate actionable information and intelligence to operational commanders.”

The Quad initiative is a saltwater, multinational version of the “intelligence cycle,” whereby intelligence services plan what information they need to collect to attack issues at hand; gather raw data from technical and human sources; process and analyze the data to distill useful insights from it, and disseminate their findings to the right customers to help them devise and execute strategy and operations. And then customers provide feedback on the planning process, shaping future rounds of the cycle. The intelligence cycle goes on without end. Lather, rinse, repeat.

Harnessing foreign partners for the intelligence cycle makes sense for a multitude of reasons. This is a time of tense peace, when malefactors such as China and Russia try to make geopolitical gains without actual resort to arms. China in particular excels at “gray-zone” operations, using its weight of resources vis-à-vis outmatched neighbors to bully them into accepting unlawful behavior. The South China Sea is the most prominent example of China’s gray-zone strategy, which aims at making most of that body of water, including exclusive economic zones apportioned to coastal states, part of metropolitan Chinese territory—“blue national soil,” as Chinese Communist Party magnates style it. But it also deploys the same approach on land, often at the expense of Quad partner India. In recent months, for instance, it has built military and civil infrastructure on the contested ground along the frontier with India and dared the Indian leadership to evict Chinese soldiers from that ground at the risk of war. It creates facts on the ground and defies others to undo them. If China’s rivals blanch from the prospect of armed conflict, China wins.

This is a hard strategy to beat. Maritime domain awareness is no cure-all for gray-zone aggression, but Quad intelligence operations might help deter aggressors from unlawful behavior. Detecting and exposing such actions to international opprobrium could amplify their repercussions beyond anything Beijing, Moscow, or other offenders stand to gain. And maritime domain awareness would help the Quad respond to misconduct at sea in more forceful ways. After all, it’s tough to vector assets to the scene if you have no idea where the scene is or what’s transpiring there. Small wonder the late Captain Wayne Hughes, the dean of naval tactics, designated “scouting”—reconnaissance and surveillance, in effect—as one of three fundamental determinants of tactical efficacy, alongside command and control and weapons range. The ability to detect, track, and the target is crucial.

Captain Hughes was writing about open naval warfare, but the same logic applies in peacetime strategic competition. Muscular nautical diplomacy depends on the ability to stage superior combat power at points of impact, reminding everyone that you possess a latent military option should peaceful diplomacy fail to resolve a situation. Grafting the intelligence cycle onto Hughes’s scouting and command-and-control functions adds detail and texture—showing how the Quad partners could swing the big stick of naval and military force to deter or coerce in Indo-Pacific waters and skies, and to hearten Indo-Pacific nations that aren’t part of the Quad to stand up for their own rights. And, of course, the logic of maritime domain awareness maps to wartime operations. It is the foundation of everything maritime services do throughout the continuum from peace to war.

But pooling resources and effort will take work. The chief challenge to Quad information operations at sea is interoperability, meaning the ability of unlike armed forces and intelligence services to work together in harmony. Hardware will doubtless capture most of the attention among decisionmakers in Tokyo, Canberra, Delhi, and Washington. And there’s no gainsaying the importance of compatible sensor and command-and-control technologies. The United States, Japan, and Australia are allies of long-standing, accustomed to working together and working around any equipment dissimilarities. Working with India could prove more troublesome, if only because the Indian intelligence, military, and law-enforcement services have a habit of procuring hardware from disparate domestic and foreign suppliers. Interoperability is taxing even within the Indian national-security apparatus, to say nothing of collaborating with foreign services. Overcoming such disparities will pay dividends, but the Quad is sure to encounter problems along the way.

Combined efforts at maritime domain awareness also demand that the partners coordinate their institutional practices in the common interest. So there’s a human dimension to the initiative alongside the obvious technical dimension. Not only are the Quad partners different societies, with different heritage and cultural traits; their intelligence and military services have their own distinct bureaucratic cultures and worldviews. That adds another layer of complexity. Aligning unlike entities toward the common goal of maritime domain awareness and, ultimately, a common policy and strategy toward aggression will cause headaches for those engaged in the initiative. In short, there’s more to maritime domain awareness than widgets. It’s about building the daily habit of working together. That’s the best palliative for bureaucratic headaches.

But such are the intricacies of marine diplomacy. Let’s get on with it.