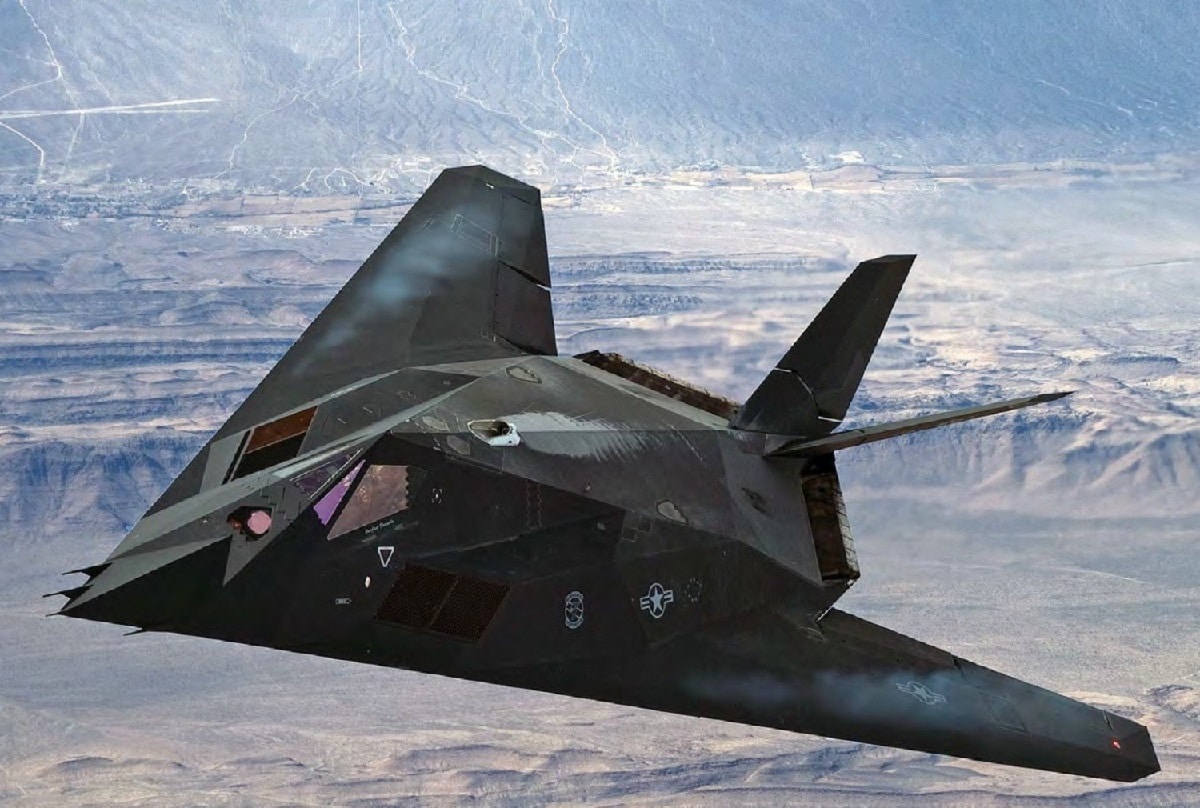 The F-117 and the F-35 stealth fighter are two iconic aircraft but from entirely different time periods for the U.S. military. So why is it now that both are flying the skies together? Let us give you some answers: The Lockheed F-117 Nighthawk, the “stealth fighter” that was developed under the utmost secrecy before being propelled to near “legendary status” because of its combat role during Operation Desert Storm, had its military career cut short when it was retired in 2008. Today, around a dozen Nighthawks are on display in museums – including serial number 82-0806 “Something Wicked,” which was shot down over Serbia in 1999 and has since been on display at the Museum of Aviation in Belgrade.

While heading to a museum is likely the best chance for one to see an F-117 up close, occasionally, a few lucky individuals may catch one in the skies overhead.

Such was the case last month, when on April 5, an F-35B Lightning II aircraft attached to Marine Fighter Attack Squadron (VMFA) 122 conducted flight operations with an F-117 Nighthawk in a “fly over” above the newly commissioned amphibious assault ship USS Tripoli. The aircraft was reportedly spotted over Los Angeles as it was likely returning to the Tonopah Test Range.

“Talk about a #AvGeek Spotting!!!  Heres a #USAF KC-135 tanker c/s COPPER04 HEAVY w/ a #USAF #F117NightHawk #StealthFighter in tow..(yes the “retired” ones) passing over today on a mission to the south of #LosAngeles #StealthFighter #F117 04-05-22,” tweeted Matt Hartman (@ShorealoneFilms), a freelance new photojournalist and aviation enthusiast.

Another F-117 was spotted in March, and possibly was used to test new stealth or counter-stealth technologies. Scott Mantegani of Aircraft Spots (@AircraftSpots) posted an image of the Nighthawk in flight, with the caption, “NIGHT01 (F-117A) from Tonopah spotted near Edwards AFB inside the R-2508 complex wearing a chrome finish, March 2022.”

As of January 2021, the United States Air Force had forty-eight F-117s remaining in its inventory. According to Insider, the service has been disposing of approximately four Nighthawks yearly, suggesting that about forty-four are still operational.

One of the forty-some still operational Nighthawk aircraft could be taking to the skies this month as part of the ongoing “Sentry Savannah,” the Air National Guard’s largest fourth- and fifth-generation counter-air, large-force exercise, which is held annually at the Air Dominance Center, Savannah Air National Guard (ANG) Base, Georgia. Savannah ANG is one of the four Combat Readiness Training Centers in the United States, and its Air Dominance Center (ADC) conducts Air-to-Air Combat Training Missions for fourth- and fifth-generation reservist and active-duty fighter pilots.

TheAviationist.com reported that an F-117, believed to be part of a unit known as the “Dark Knights,” has been deployed to Georgia. While unconfirmed, if true, it would be the first time the stealth jet has been deployed to the East Coast to take part in such a military exercise.