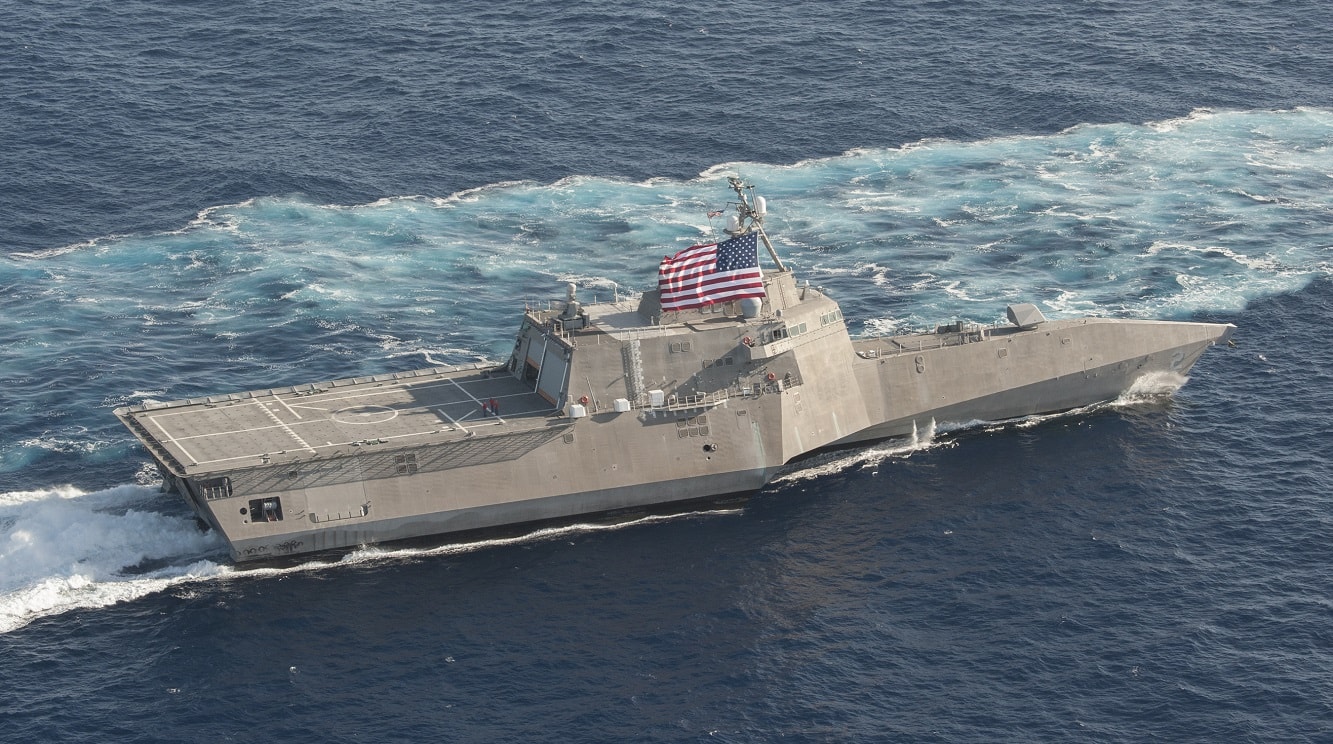 A New Weapon for the Littoral Combat Ship?

The USS Montgomery, an Independence-class variant of the LCS, “fired three AGM-114L Longbow Hellfire missiles to strike a land-based target several nautical miles away,” according to a Navy announcement.

While the SSMM Hellfire has successfully demonstrated an ability to engage small attack boats, the latest test was intended to show the LCS can engage land targets. Designed for coastal operations close to shore, giving the LCS a land-attack Hellfire capability would make the ships more useful for naval bombardment and amphibious support missions.

“Using our speed and shallow draft, we are now uniquely optimized to bring this level of firepower extremely close to shore in support of our warfighters and operators on the beach,” said Cmdr. Dustin Lonero, who commands the Montgomery.

The Longbow Hellfire, which first debuted in 1998, has an awesome reputation as a tank killer. Fitted with a millimeter-wave radar to home in on targets, the Longbow Hellfire is a fire-and-forget missile that can also destroy buildings, bunkers and boats.

Adapting an Army missile for Navy use makes sense. “If you take a proven program of record and adapt its capability for the maritime warfare environment, you have a win for the taxpayer, improved interoperability between various services, and an increased lethality and competitive edge at sea,” said Chief Gunner’s Mate David Wynne, the Montgomery’s weapons chief petty officer.

Unfortunately, better armament doesn’t solve the LCS’s fundamental problems. They were originally billed as relatively inexpensive ships that could perform missions close to shore, such as counter-terrorism and anti-piracy, where larger surface ships would fear to sail. Their mission grew to include anti-submarine warfare and minesweeping, though critics charged the $500 million ships lacked enough capability and survivability to justify the price tag. 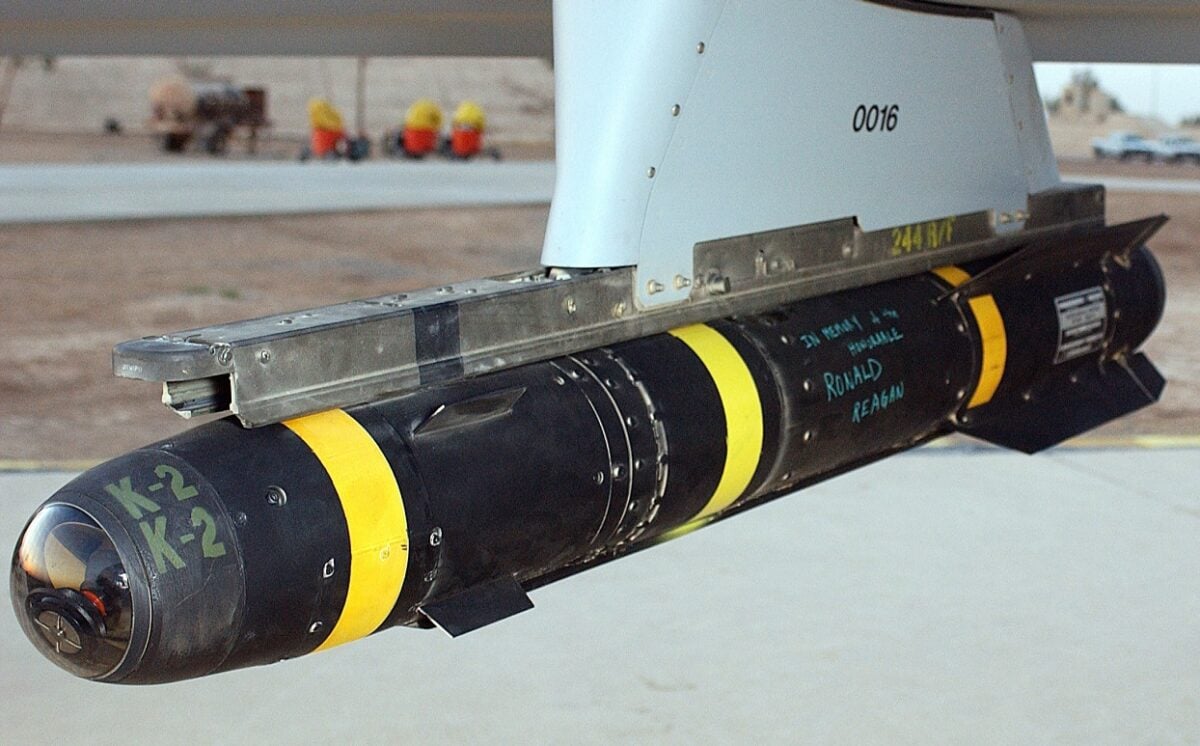 An AGM-114 Hellfire missile hung on the rail of an US Air Force (USAF) MQ-1L Predator Unmanned Aerial Vehicle (UAV) is inscribed with, “IN MEMORY OF HONORABLE RONALD REAGAN.” 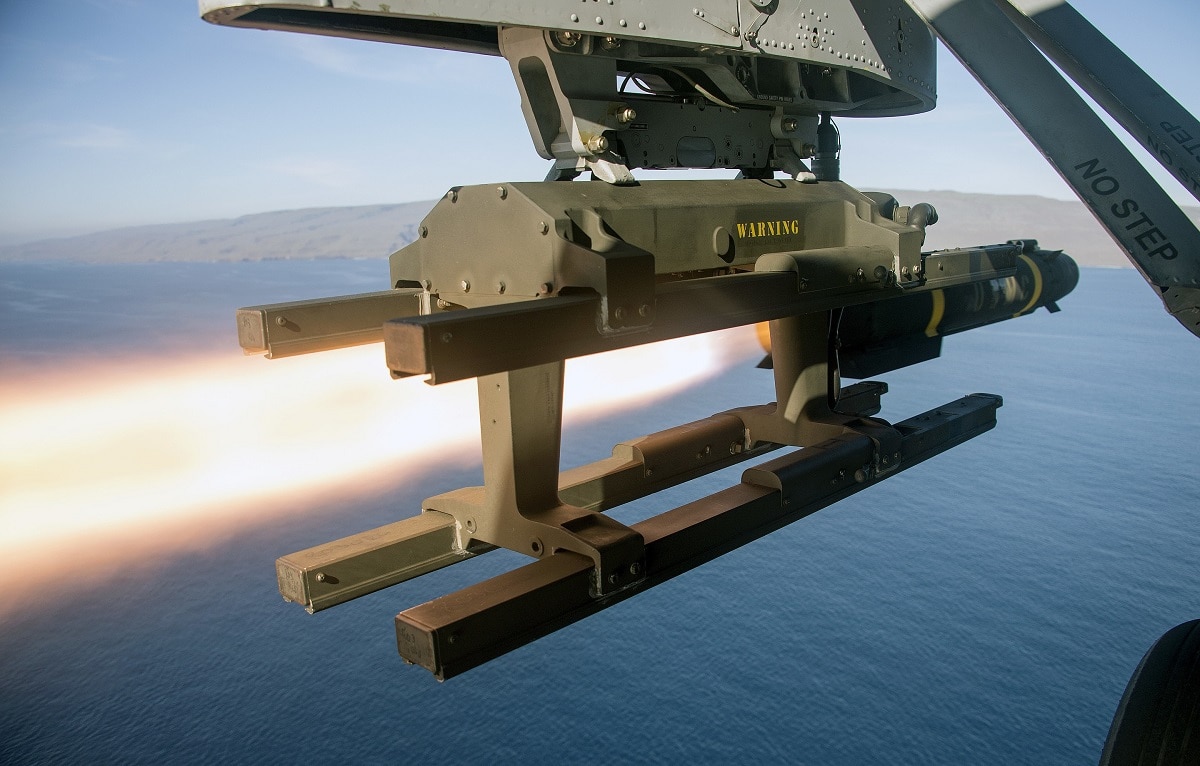 Most recently, severe hull cracks have been discovered in the Independence-class variant of the LCS, with the structural defects so bad that “cracks can grow if the ships transits faster than 15 knots in seas with maximum wave heights of about eight feet,” according to Navy Times.

Meanwhile, the Freedom-class vessels – the second LCS variant – have been suffering from transmission problems. The Navy is proposing to decommission several ships in both classes, even though some are no more than 13 years old, and should have been operational far beyond that date. There are 23 LCS vessels in commission, with another dozen in various stages of construction and pre-construction.